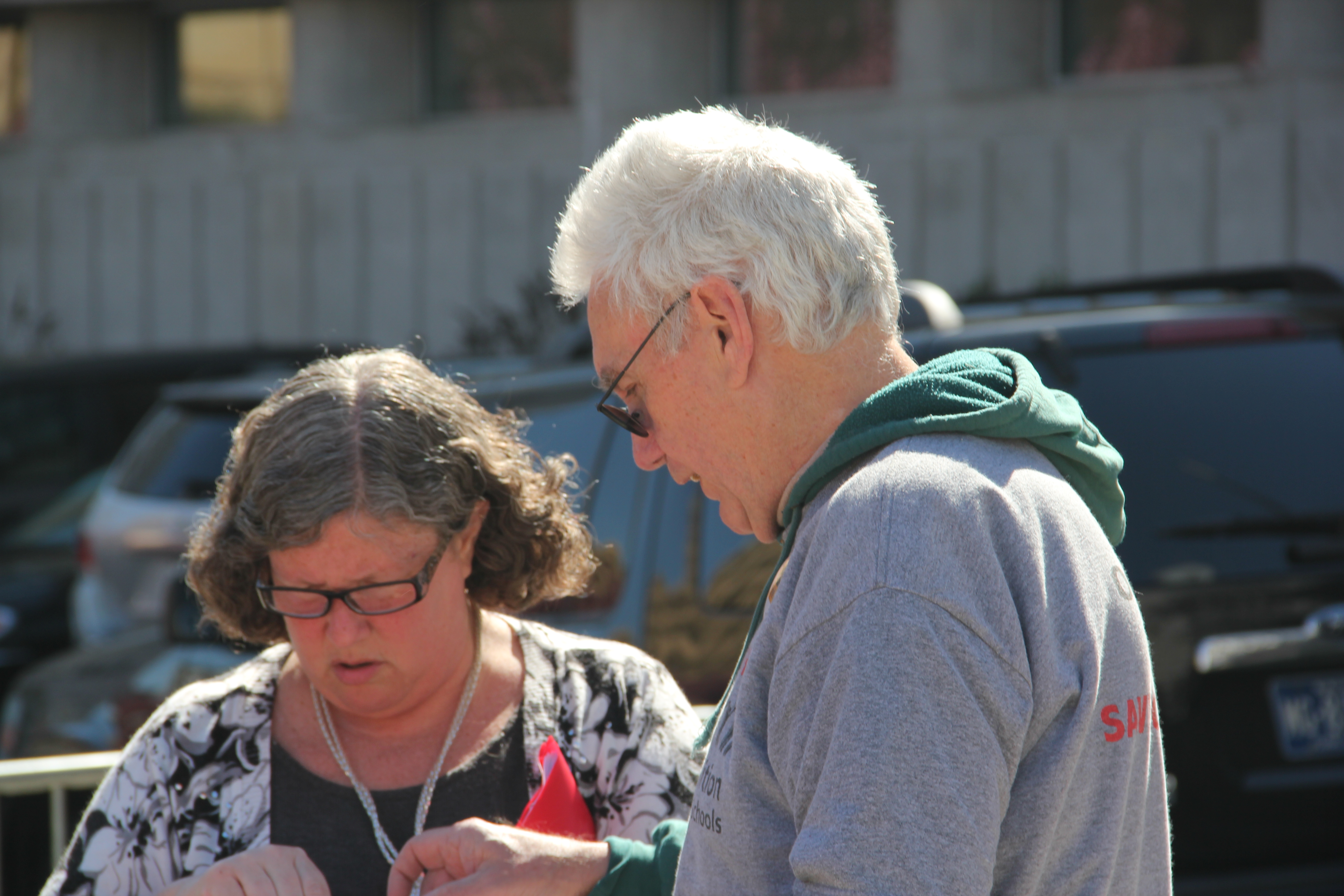 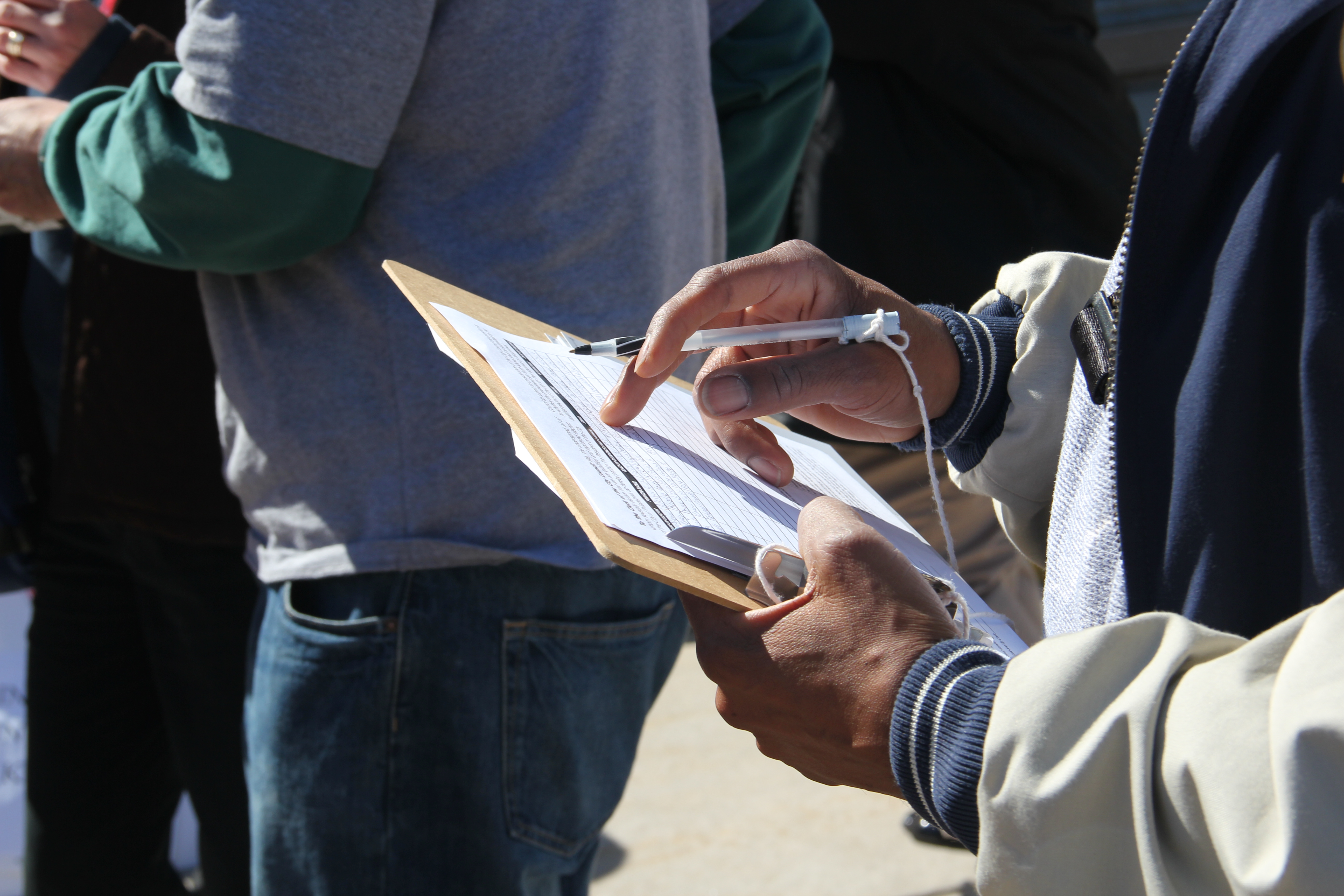 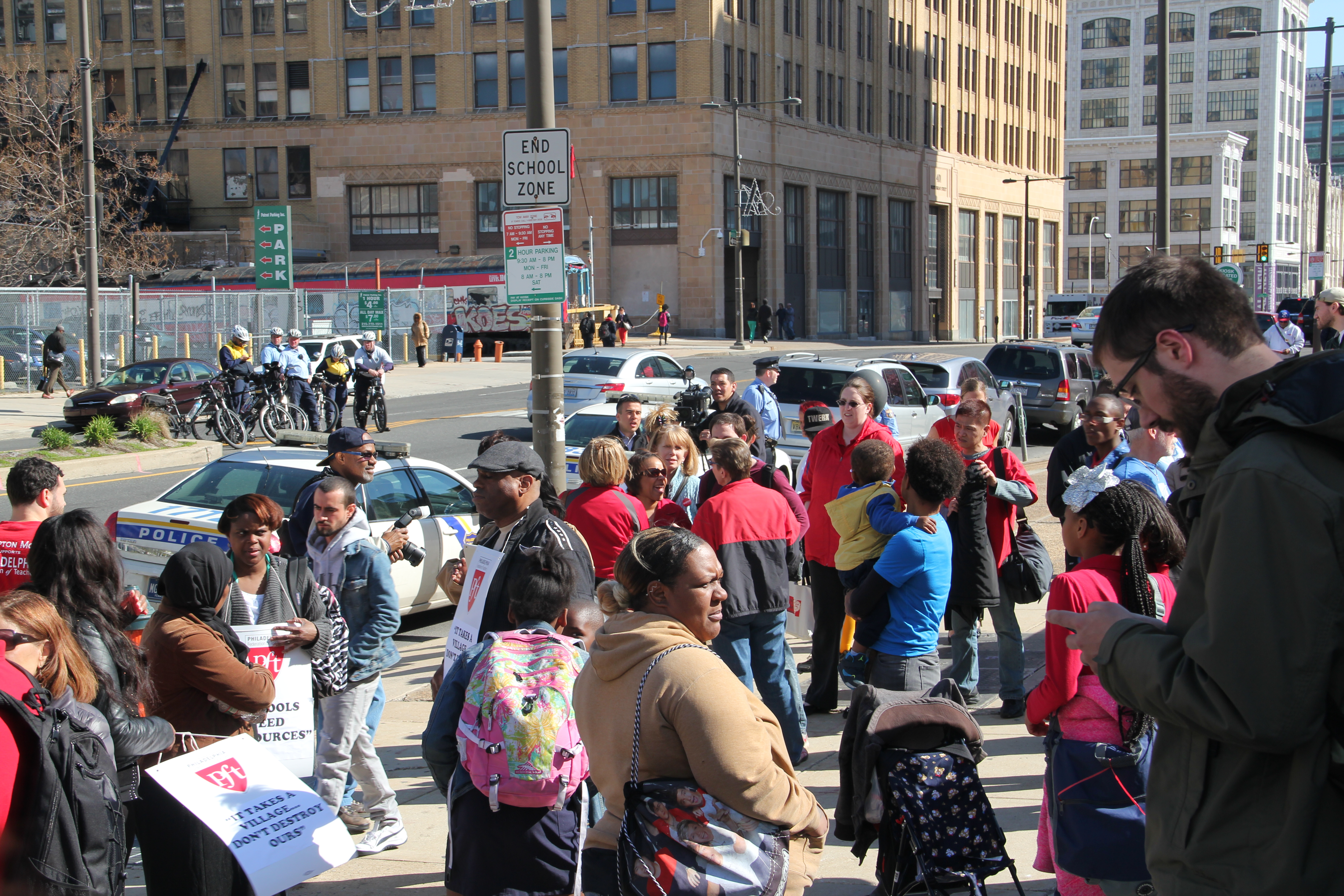 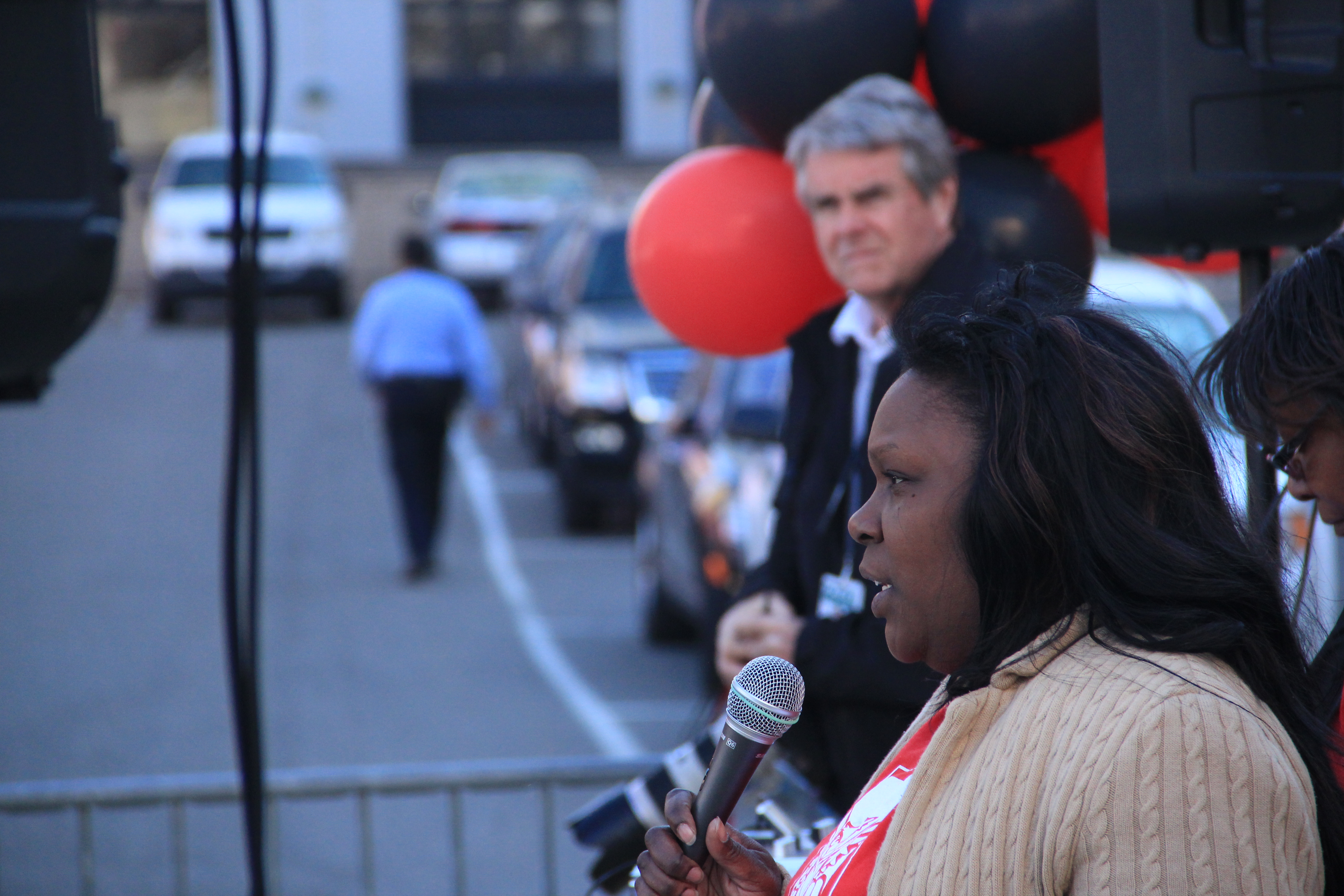 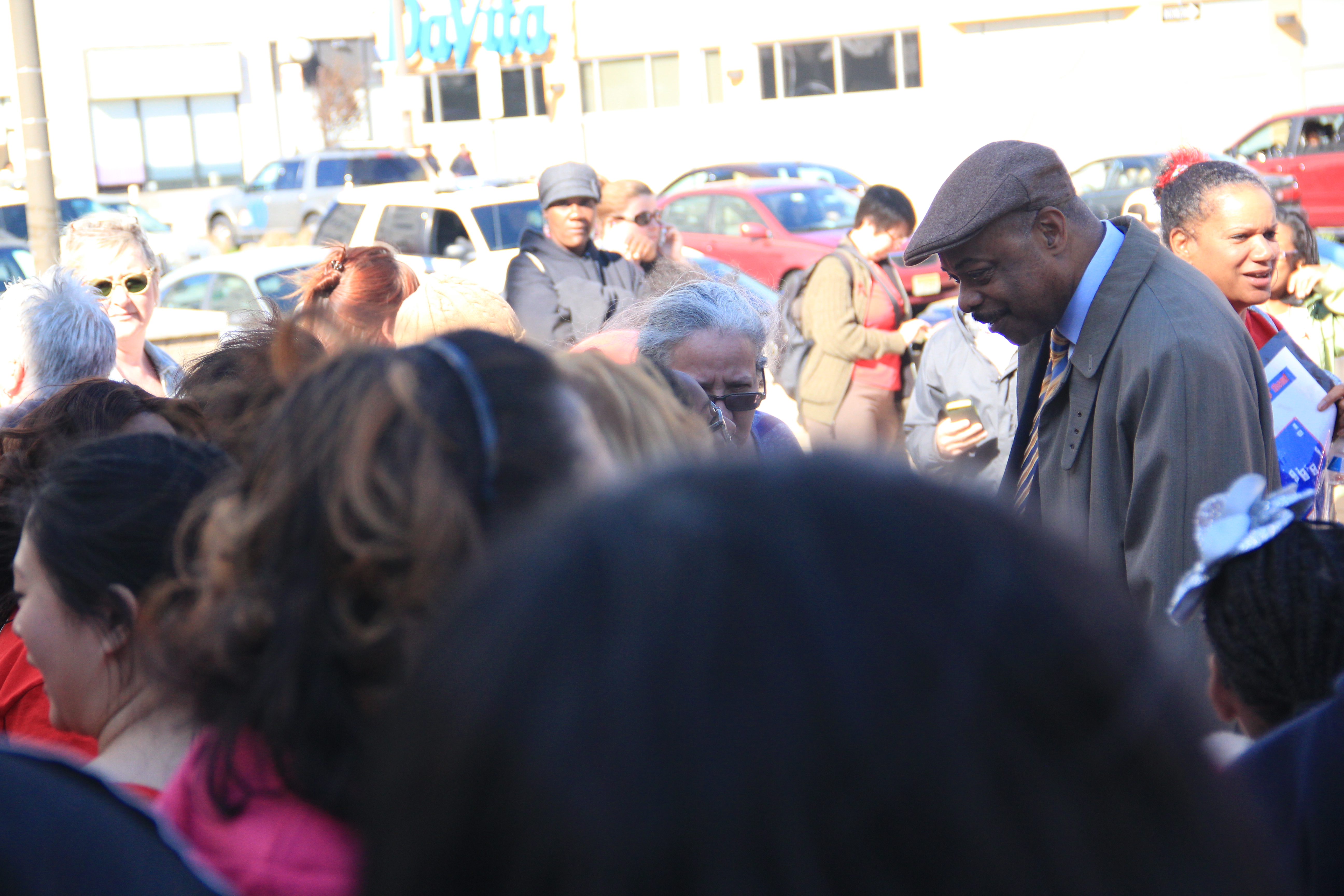 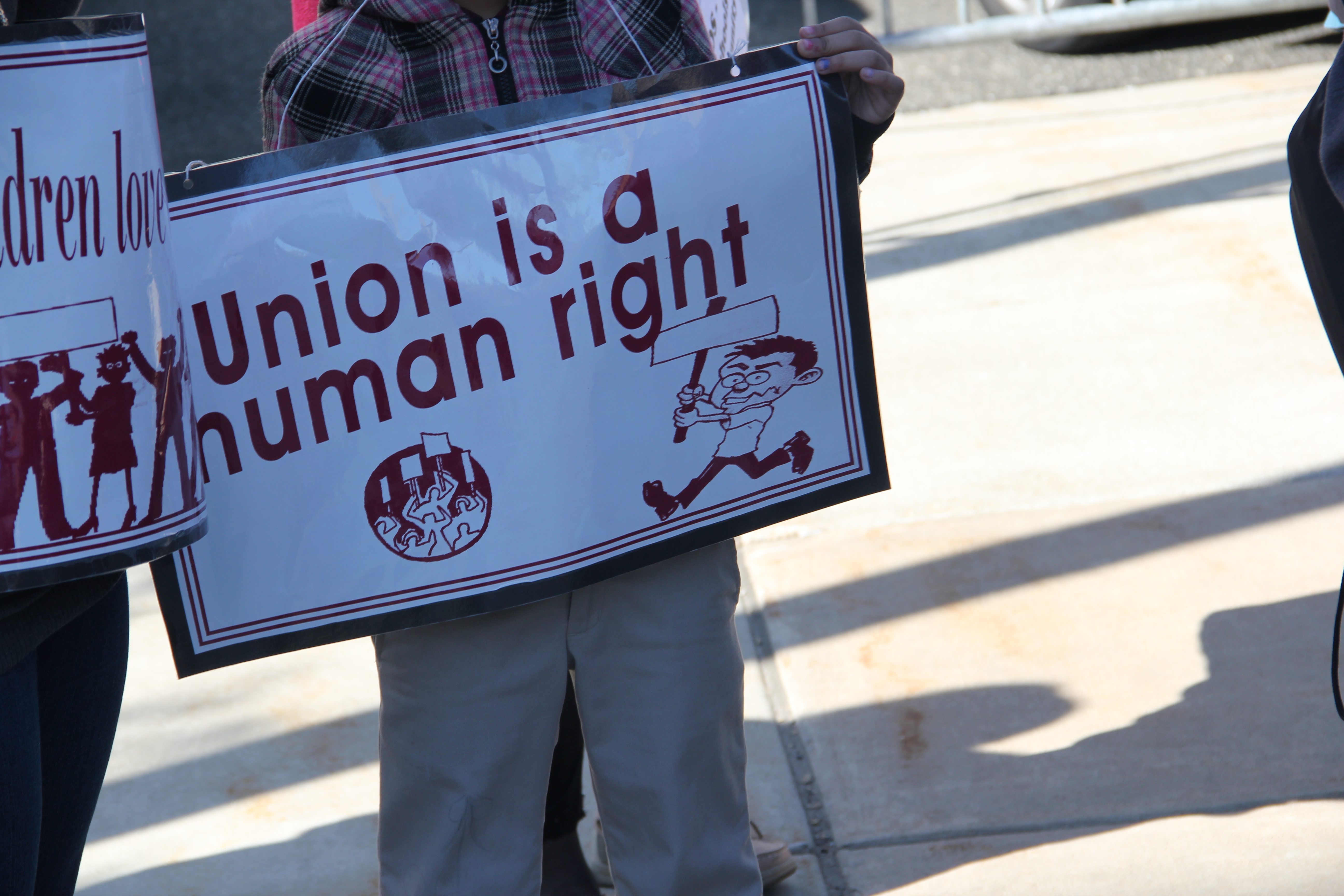 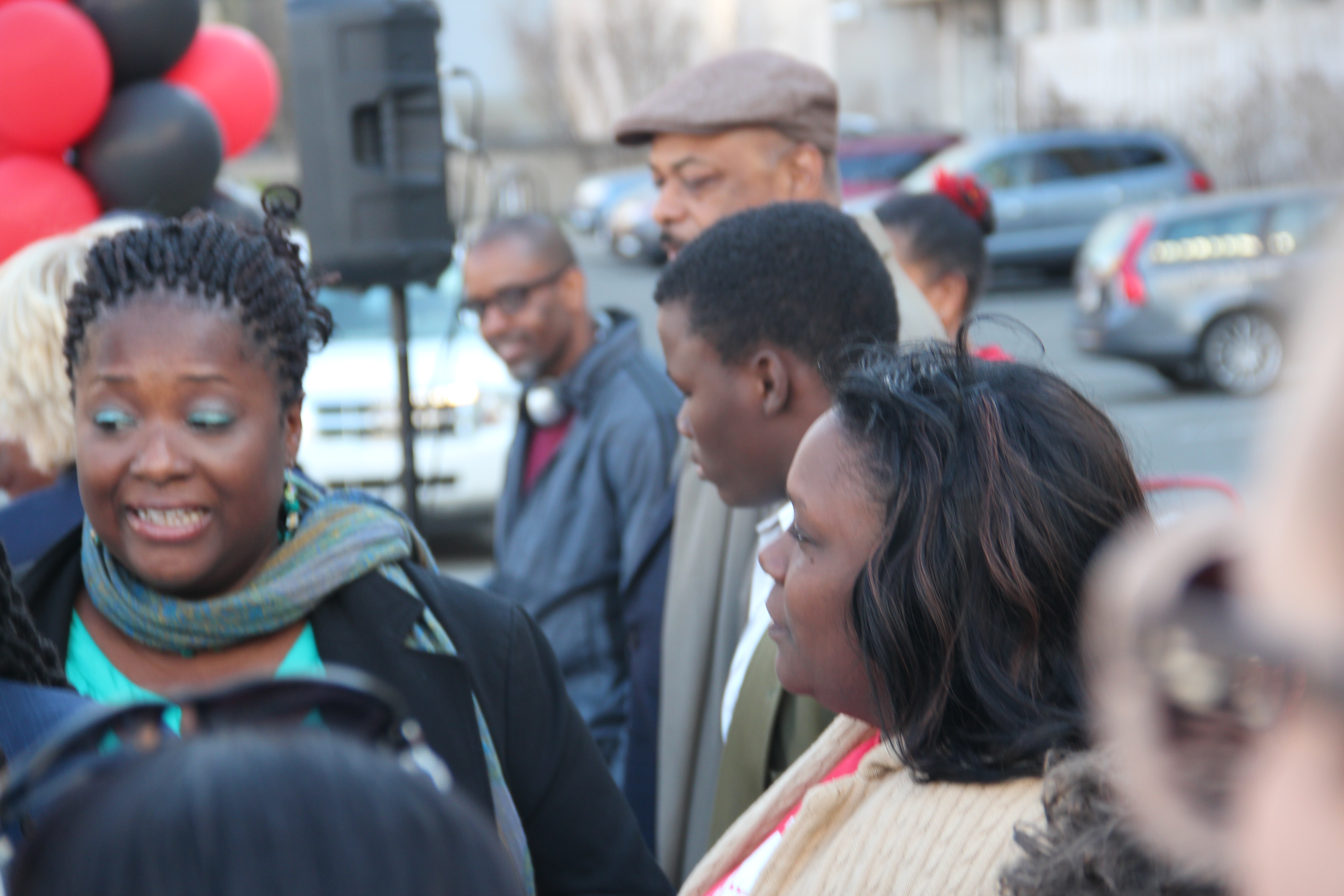 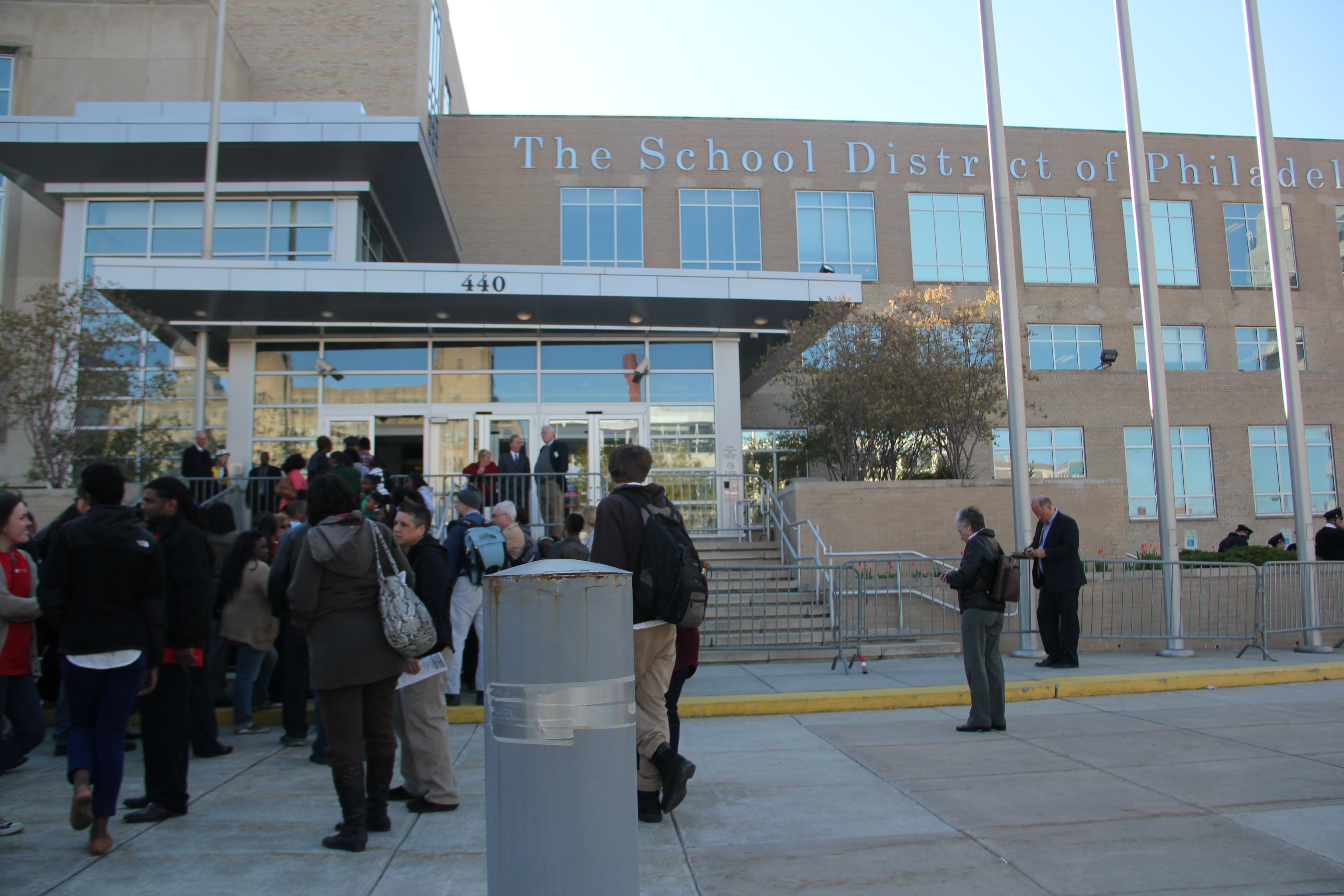 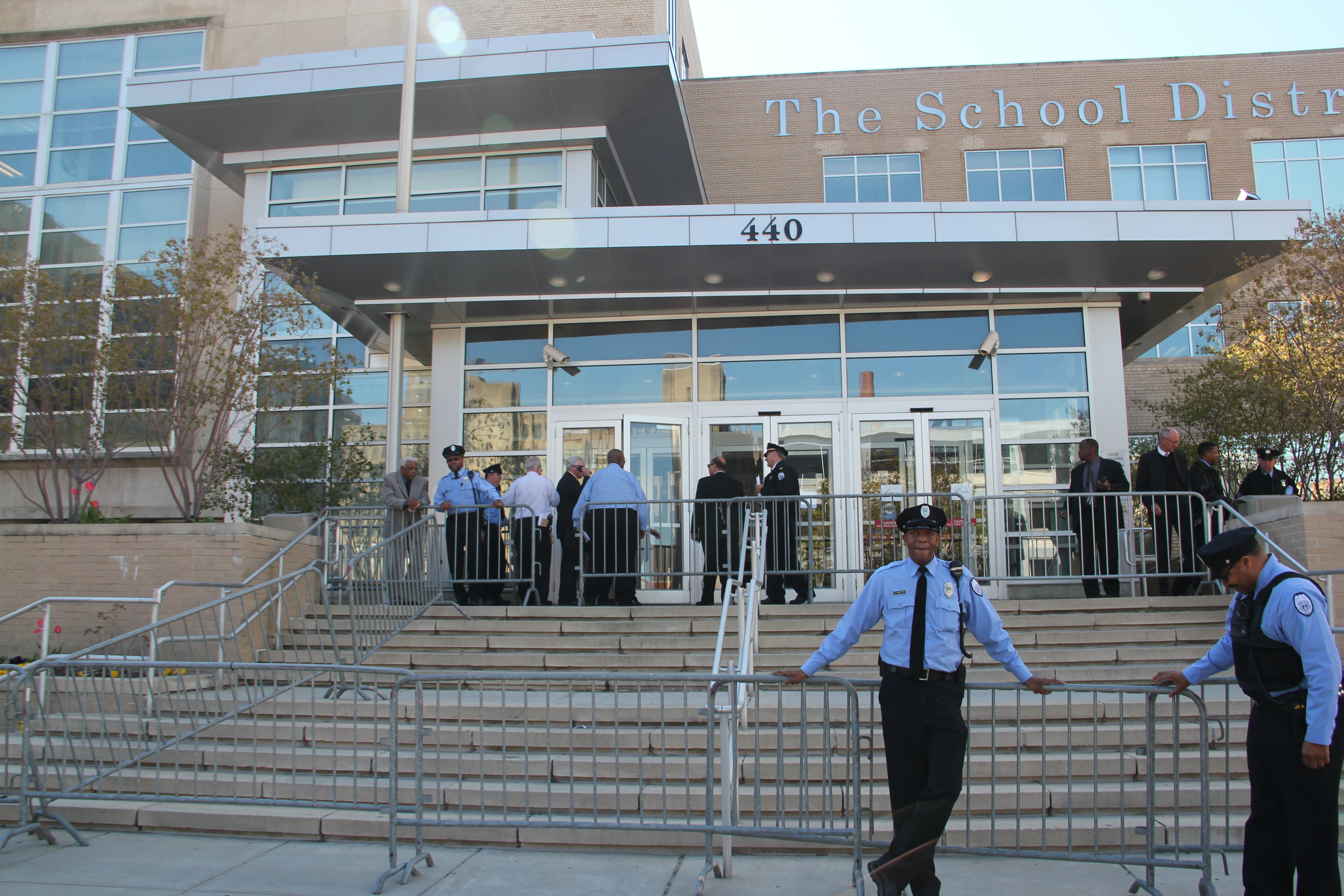 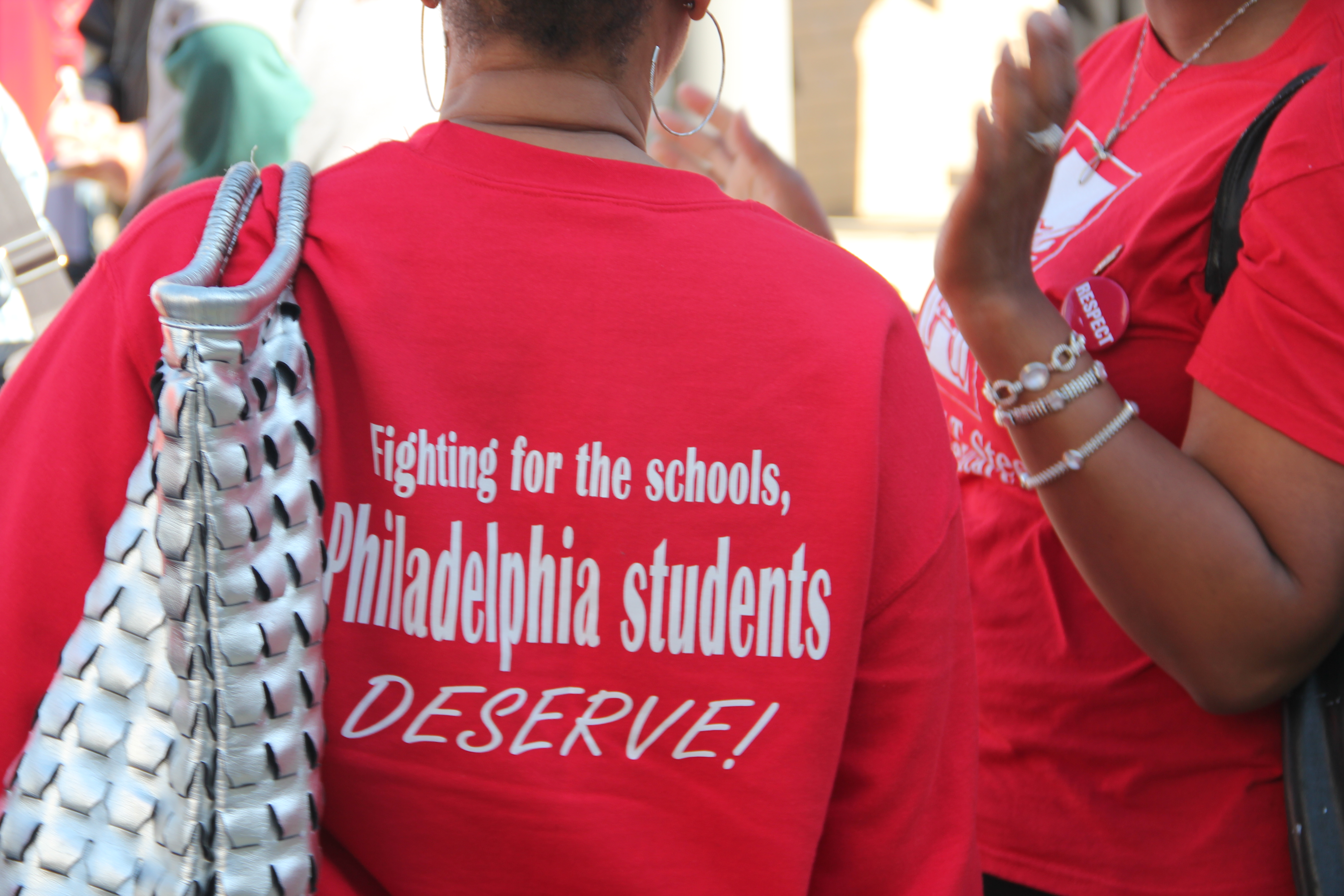 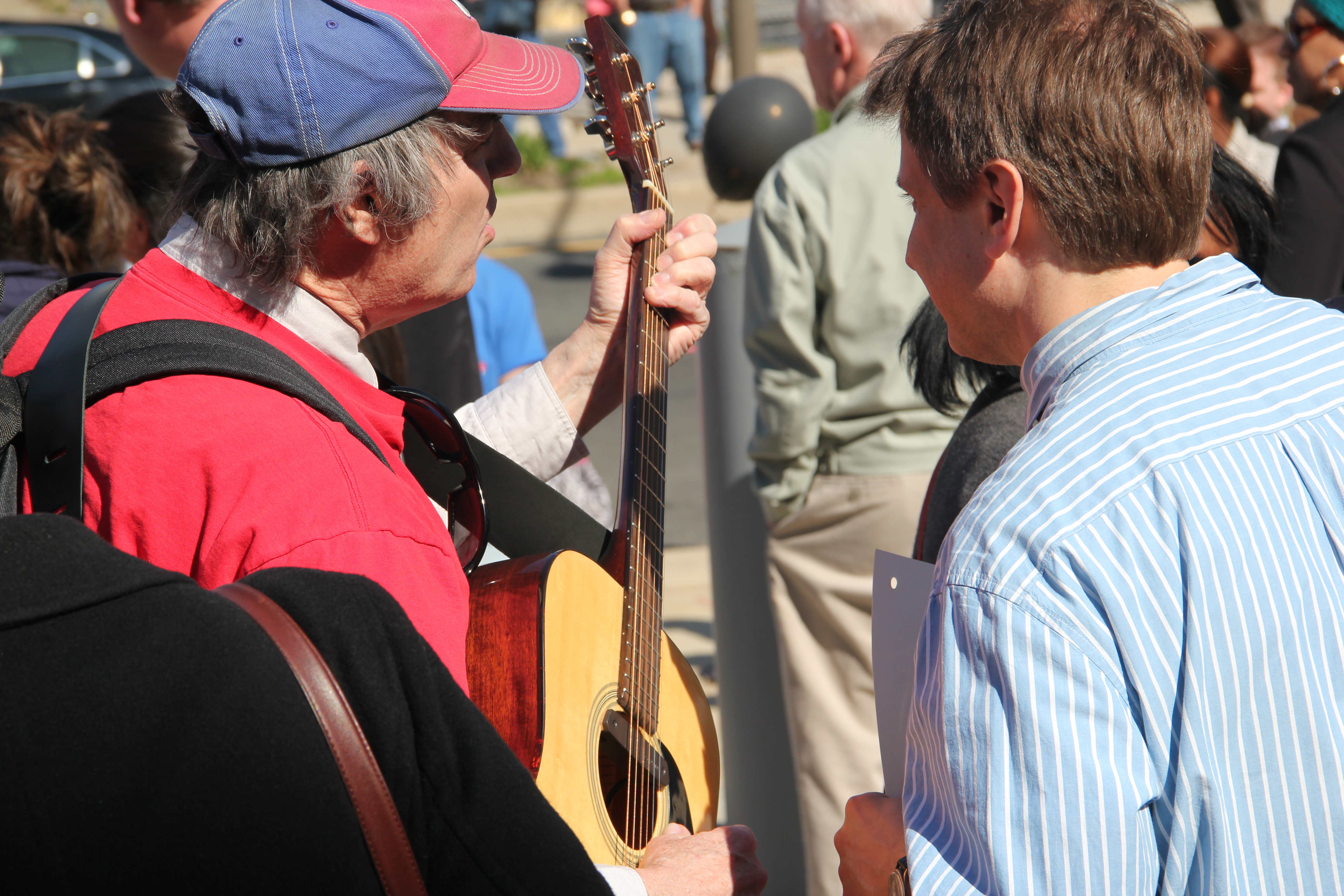 In the debate about whether to turn over Edward T. Steel Elementary School to the administration of Mastery Charter Schools, the voices for the current leadership at Steel have been loud and clear.

They are not happy with how this process has gone.

Parents, children, teachers and activists recently gathered outside the Philadelphia School District headquarters at Broad and Spring Garden streets, dancing to protest songs and holding up signs in objection to the process the district has laid down.

“I have 27 years vested in my pension and a union that backs everything I do up,” said Donna Ervin, a first grade teacher at Steel Elementary. “Why would I give that up?”

Mastery is not required to hire union members. Ervin would be given the opportunity to transfer to another district school or re-apply for her job if Mastery were to take over. But she isn’t happy with those options. Mastery has stated on numerous occasions that current Steel teachers are encouraged to re-apply.

LaQuanda Jackson, principal at Simon Gratz Mastery Charter High School, assured Steel teachers that teachers at Mastery are very happy with where they work. She pointed to the company’s track record as one of Philadelphia’s “top workplaces” as rated by Philly.com. “Teachers should love their jobs,” she said.

But Ervin and several others weren’t convinced.

“I don’t want to start over somewhere new and have to re-establish myself,” she said. “I know this school. I know these families.”

Many parents aren’t happy with the choice they’ve been given, either.

“I’m not anti-charter, I’m anti- this process,” said Nikki Bagby, a Steel parent. Bagby and other parents lamented the fact that Steel was picked to undergo the Renaissance charter turnaround process despite the fact that other schools have performed similarly or worse.

The school district cited a decline in test scores from 2008-2012 as a main factor in the decision.

Steel Principal Mary Bonner disputed the allegation that her school was given a fair chance to improve.

Teachers and parents that oppose the charter takeover have fiercely supported Bonner.

“We’re all a family and she’s our leader,” said Ervin. “Family sticks together.”

Bonner argued that other schools received money from the district after receiving special designations such as “transformation school, empowerment school, priority school and Promise Academy.” She asked why Steel wasn’t given the chance to improve with financial help from the district.

The district has assigned some of these schools to become charters, such as Alcorn and Pastorius.

The district isn’t the only organization under fire from protesters, though.

Parents’ and teachers’ anger was also directed toward the School Reform Commission, a governing body of the school district that is made up of five members, three of which are appointed by the governor.

Ron Whitehorne, a retired teacher, gathered signatures at the rally for a petition to abolish the SRC. The petition, which requires 20,000 signatures, would appear as a question on the November ballot.

Whitehorne said that the state should not have the extent of control it has over education in Philadelphia.

“We should have the same rights as other municipalities,” Whitehorne said. “That includes the right to select our own school board.”

After the rally on April 24, protesters packed into the district headquarters to testify at the SRC meeting. Although the meeting was set to start at 5:30 p.m., the 65 speakers set to testify hadn’t even begun by 9 p.m.  The meeting wrapped up around midnight, after many of the parents and teachers were given a chance to air their grievances.

Steel parents were scheduled to vote a week later on whether the school should be run by the district or Mastery. Before the balloting, they heard presentations from both the current school staff and administrators at Mastery. [See video below.]

In the end, parents voted May 1 to keep the school district-run, but the School Advisory Council voted 9-8 in favor of Mastery. The final decision on whether it will become a charter school will be made by the SRC. According to the district, the parents’ vote will guide Superintendent William Hite’s recommendation to the commission.

Read more about the May 1 vote here.

UPDATE: Mastery announced on May 8 that it would withdraw its proposal to manage Steel. The same day, school district officials said they would recommend to the SRC that Steel remain a traditional neighborhood school.

– Text, images and video by Joe Coufal and Latifah Laws

A group of young boys shoot a basketball into an aging hoop at the end of a large asphalt school yard. Behind them is the shell of the School District of Philadelphia’s second oldest educational […]

Elijah Jones, a 17-year-old Simon Gratz High School student, makes a difference in the Nicetown Boys and Girls Club by using his leadership skills, athletic abilities and guidance, in order to improve the lives of […]