Daivin Rivera was a victim of bullying for seven months before his parents found out. A truancy letter stating he had missed eight days of school arrived in the mail, driving his parents to ask Daivin about his absences. To avoid feeling that he didn’t fit in and being bullied, he stayed home. The social distractions affected his performance in school, leaving him with C’s, D’s and an F on his report card.

“I live in the suburbs, in Buck’s County,” explained his mother,  Rivera, “and the area school is a very well-known public school out there. I won’t name any names.”

Feeling that her son’s bullying wasn’t being handled in public schooling, she pulled him out.

His mother enrolled him in Esperanza Cyber Charter School, where she acts as a special education coordinator for the program.

“We had connections at our program and I really liked it,” said Liana Diaz Rivera. “I thought it was a good, solid program.”

At Esperanza Cyber, Davian received A’s and B’s in his first quarter.

“We have the flexibility to cater to students who don’t have traditional lifestyles,” said Esperanza guidance counselor Alejandra Carranza. “So, students who maybe have a lot of responsibility at home and they need to work at night.”

Students attend cyber schooling for a variety of reasons. Some, like Davian, have been bullied, while others want to advance at a fast pace, Carranza explained.

“I would say they think it’s easy and they are enlightened by the freedom,” said Eric Jaimes, the outreach coordinator at Esperanza. “But then when they do come into the center they realize, ‘Wow, it’s not as easy as I thought it was going to be.’”

There are two main types of online schooling – full-time and supplemental, explained Allison Powell, a vice president of the International Association for K-12 Online Learning (iNACOL). Powell explained that Pennsylvania, Ohio and Arizona are unique in that they started with full time options and added supplemental online learning later. Most states, according to Powell, do the reverse.

According to iNACOL, as of 2013 there were 310,000 students in the United States attending full-time online schools, either cyber schools through their school district or cyber charters.

Two years ago, the School District of Philadelphia opened the Virtual Academy. Dave Anderson, the director of the academy, explained that  Virtual Academy opened as a responsive program. The high school level online learning per capita in Pennsylvania is one of the highest in the country. In the School District of Philadelphia alone, there are more than 6,000 students in virtual education, Anderson said.

“Our goal,” said Anderson, “is to offer students who want to be in cyber school a way to do so, still in the school district of Philadelphia.” 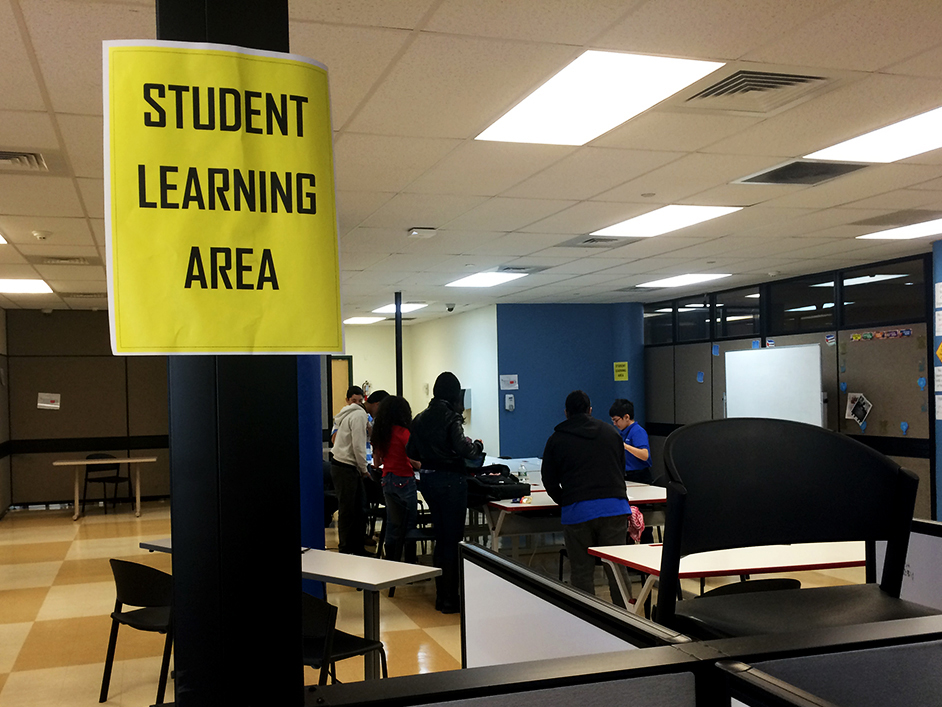 Philadelphia’s Virtual Academy has more than 400 students in the Philadelphia school district enrolled this year. About 40 percent of the students entered from charter schools, with cyber charter schools making up about half of those students. The other half consists of students in the district who planned to seek out online learning and chose the Virtual Academy instead of cyber charter alternatives.

“We are twofold,” said Anderson. “We want to bring students back and we want to stop students from leaving.”

Some cyber charter schools are entirely online, while others, like Esperanza have a facility for students to visit and receive help.

“On-site places for kids to get extra help,” said Powell, “is a trend we’re starting to see with some of the full time cyber charters.”

Powell also explained that for many of the full-time cyber students, this is their last chance before they drop out. Although she said this isn’t always the case and there are students who are doing it to excel, the majority of students nationwide who enter full time cyber school come in far behind grade level.

Cyber schools have a reputation for doing below average on standardized testing. The Pennsylvania Department of Education data shows the average of students in charter and cyber charter schools as 62.4% advanced or proficient in math in 2011 and 62.3% in reading. Although PDE did not have the statistics for Esperanza since the school opened in 2012, the scores for other cyber charter schools ranged from below this average to above the average. 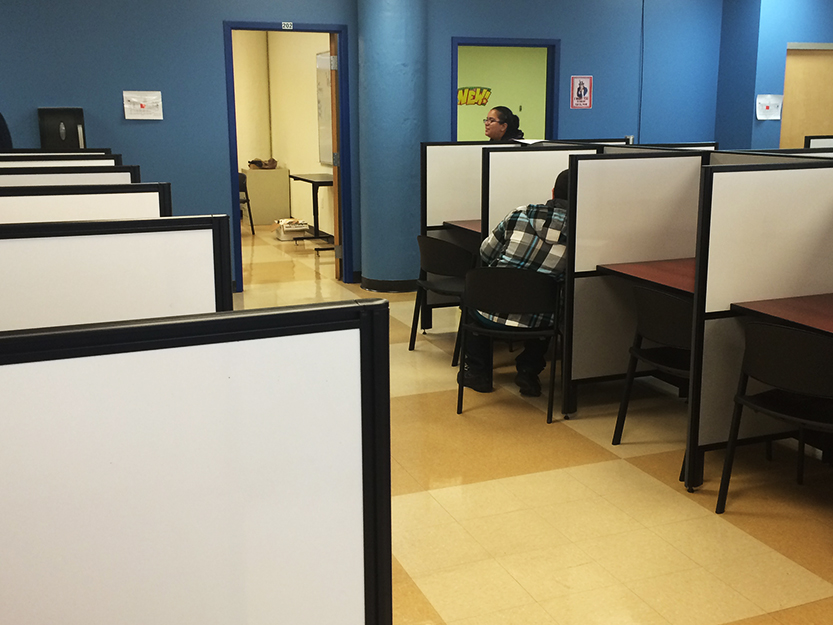 Liana Diaz Rivera feels Daivin has benefited from his cyber schooling experience and has plans to go to Penn State University after graduation.

“I think it was mainly the classroom distraction,” said Rivera. “Most high schools are popularity contests, about who you know and what clothes you wear.”

The school bell rings at 8:05 a.m. and 3:10 p.m. every day, but for Joel Gaines (above) there is no average day on the job. Working at a brand new school and building a new [continue reading…]

A shave, a haircut … and a good book? A North Philadelphia barber shop is part of a program to help increase literacy and help strengthen the community. Jasmond Schoolfield, better known as “Jazz the [continue reading…]