Tucked away in Northeast Philadelphia behind Fox Chase Elementary lies Fox Chase Soccer Club. From the outside, it might not appear to be much – a red and white concession stand that doubles as a meeting/trophy room with a large grass field, muddied and puddled from a combination of the rain and snow from the winter season, behind that.

This is a place that has made visiting teams cringe and scoff at the site of field. To those involved with the soccer club, there is no better place to play. It is a community place – their place.

“It’s funny,” said Pat Casey, the vice president of Fox Chase Soccer Club. “When you see a soccer team that comes here and they’re a soccer only club and they’re just soccer people, they come here to play a ‘prestigious cup game.’ When they get here, they’re like, ‘Eww, this is it?’ It’s like, yeah, this is our field and we’ll continue to play here.”

Casey also added that replacing the grass field for a turf one was out of the question because of the drawbacks a turf field would have on the community. 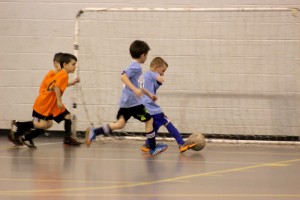 This is a community club,” he said. “Our field is open to everyone, not just to soccer. What I’ve notice is that as soon as a turf field goes up, what goes up with it? Fences and locked gates. What does that do for your community? It prevents them from using it. So as a community club, why put up locked gates? Our fields might not be the best but we’ll throw down grass seed. We’ll maintain it and make sure that it is safe to play on.”

“The grass keeps us as a neighborhood community,” agreed Bill Costello, the club’s president. “During soccer season, the kids are out there constantly playing. If a kid has a nine o’clock game, their parents will let them stay at the field all day and hang out.” 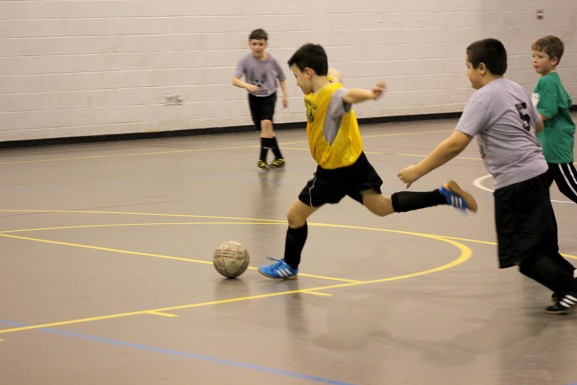 Founded in 1964 by Elmer Palmer, Fox Chase Soccer Club was created with the intent to allow kids from the community to focus solely on soccer. Fifty years later, that same thought remains the same.

“A lot of the kids who play for Fox Chase come from a 3 mile radius, a 4 mile radius,” Casey said. “We don’t recruit our players like some other clubs, we develop them. Everyone looks at Fox Chase and says, ‘They’re doing it the right way.’ We have a history of being a tough nose club. Nothing dirty, but we teach the kids to play the right way. I live outside the city and when I decided to move I wanted to stay at Fox Chase and that was five years ago, 6 years ago.” 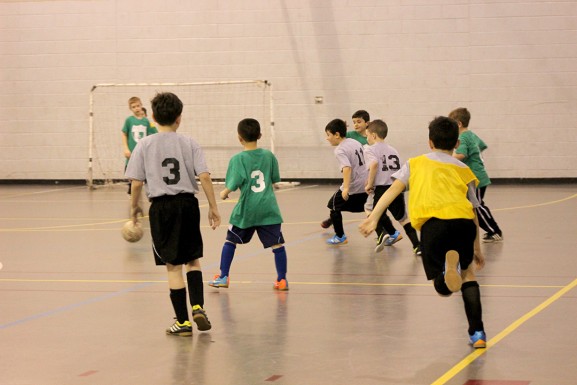 Compared to other soccer clubs in the city, such as Philadelphia Soccer Club, Fox Chase is relatively small with around 1000 to 1100 kids participating. Those numbers have not stopped people to help it develop and flourish. 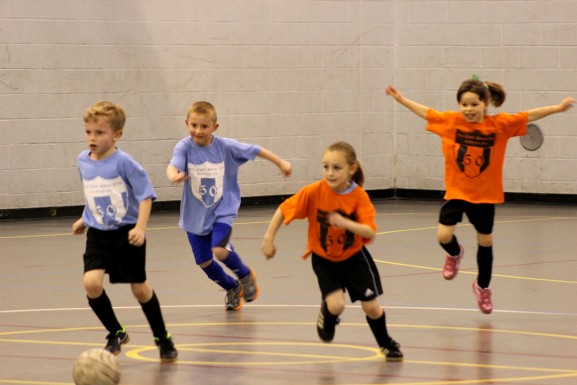 “Everything we do, we do for the kids.” Costello said. “Everything is volunteer. We rely on the parents help out with the concession stand, for field maintenance. We’re a tight knit community. All of the old heads that started this thing. You can still find them here on any given Saturday. When a player moves on to high school or stops playing, we invite them to come back and help out. We want them to come back.”

Coming back and volunteer time is something that former players do regularly. Matt Tracey, a volunteer referee for Fox Chase began playing for the club when he was 4-years-old. Fourteen years later, he is giving back to the club that he said gave him so much. 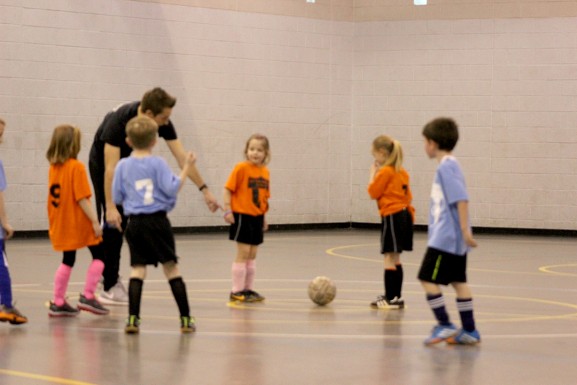 “Giving back is a big part of why I’m still involved,” Tracey said. “They gave me so much growing up. Fourteen years is a long time [to be a part of this] and it’s the least I could do and try to help the players coming up and make them want to stay here.”

Casey would also point to the example of Matthew Lingerman. A two-time state soccer champion with Holy Ghost Prep as the team’s goalkeeper, Lingerman grew up with Fox Chase Soccer. Every Monday during the soccer season, Lingerman conducts a goalie camp free of charge to those participating.

“He does this on his own time because he wants to teach his art,” Casey said. “Matt is the epitome of Fox Chase Soccer.”

Many former players also come back to coach, whether they have kids of their own or not. Brian Dougherty, 29, is currently the youngest coach at Fox Chase. 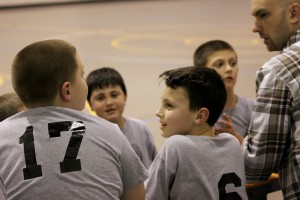 “I started coaching for Fox Chase in August,” Doherty said. “I love it. It’s more community based. Some of the players who I coach live only a few houses down from where I live. One girl on my team, I’ve known since she’s been born. The majority of the kids who play for Fox Chase grow up here. They all go to school together. We’re all about family. This is my way of giving back to the community.

Dougherty does not have any kids of his own playing for the Fox Chase organization. Coaching is his way of not only giving back to his community but helps him cope with the PTSD he developed during his five years in the military.

“Serving in the military for five years, I saw some things,” he said. “I suffer from PTSD. Coaching these kids, it allows me to forget that and focus on them and coaching allows me to do that. It’s about the kids. You want to make sure that the kids have fun first and then learn something.”

For the people at Fox Chase Soccer Club, it is simply a neighborhood thing.

“This is just a fun place to be,” Casey said. 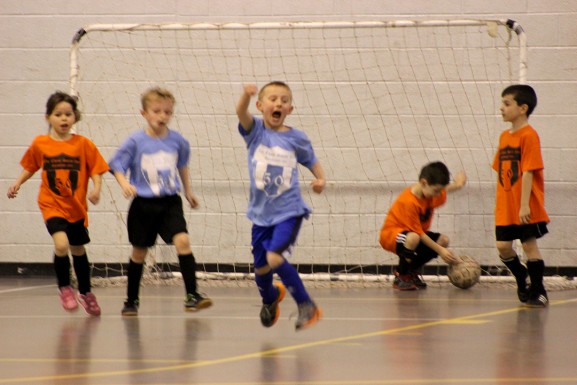 When you step into Joe Hand Gym on 3rd Street, you’re hit with a quick one-two: the scent of hard-earned sweat and Jaclyne McTamney’s mean right hook. Upon first appearance, McTamney, 22, looks small and certainly outnumbered in […]

The growing number of Lyme disease cases is causing concern among people living near the many parks in Northeast Philadelphia. Lyme disease is the most common insect-born disease in the United States. The disease,which is […]

Through the power of art, even the most complex stories of immigration and assimilation can be expressed. Located on the 1200 block of Vine Street, the Asian Arts Initiative has linked art and communities since […]