Archdiocese Catholic school students found a new document slipped into their application and entrance packets: The Memorandum of Understanding.

The decree, released earlier this month from the office of the Archdiocese of Philadelphia requires all parents and students enrolled, or seeking enrollment, in Catholic schools to pledge their support of one “Catholic identity” as dictated by the Archdiocese, Charles Joseph Chaput, and the Roman Catholic Church.

The pledge is mandatory of all students even though, according to the Office of the Archdiocese, students need not be members of the Catholic faith to attend Catholic schools. It was distributed by the Office of Catholic Education with six oaths, the first of which is that attending a Catholic school is a “privilege, and not a right.”

For Kenneth Gavin, spokesperson for the Office of the Archdiocese, the ideas behind the Memorandum aren’t new.

“The purpose of the memo is to simply inform parents that we are Catholic schools, that we will teach the doctrine of the Church, and have them sign that they understand and are in agreement,” Gavin said.

The document continues to ask parents and students to agree that the primary goal of their instruction is in “fidelity to Catholic teaching and identity,” and that Catholic schools are not “simply private schools offering a moral code.” In signing the pledge, students and parents are agreeing to align their lifestyle choices and behavior with the Church’s teachings.

“There is nothing punitive about any of this,” Gavin said. “The bottom line is that Catholic schools are Catholic and it was deemed important to issue a document of this nature so that all attending (Catholic and non-Catholic alike) are aware of the Catholic components and values that are integral to our education system.”

The pledge comes at a time when Catholic doctrine is in flux. The Vatican Interim report, released nearly two years into Pope Francis’ tenure, shows heated debate around whether or not to admit gays and lesbians into the church, whether divorced or separated individuals should receive Holy Communion, and whether Pope Francis should continue his doctrine of forgiveness for women who’ve chosen abortion.

A 2014 Univision study of self-identified Catholics shows that the community is largely in favor of the pope’s newly liberal doctrine. Nearly two-thirds of Catholic Americans no longer believe divorce or homosexuality to be sins that should forbid an individual from receiving communion. Over 60 percent agree that abortion is justified in some cases, and 79 percent believe in universal access to contraception.

At Roman Catholic High School, located at Broad and Vine Streets in Center City, the growing diversity of the Catholic populace is clearly reflected in the student body.

“Character of diversity is really critical for us,” said Reverend Joseph W. Bongard, rector and president of Roman Catholic High School. “Our guys are encountering different opinions and different views. But it’s all done with an emphasis on respect.”

When the Memorandum of Understanding came out, Bongard distributed it to families without hesitation.

“When the non-Catholic population started to grow at our schools, we had to make sure that when someone comes in of a different faith that they know they cannot opt-out of a mass or prayer service or theology class,” Bongard said.

The Memorandum has been a part of Roman Catholic High School for more than 10 years, and Bongard reflected that a lot of things have changed since it was first distributed.

“We may have non-traditional families, even a same-sex family,” he added. “The Memorandum asks that we meet with the family to address the Catholic identity and that this is what will be taught.” 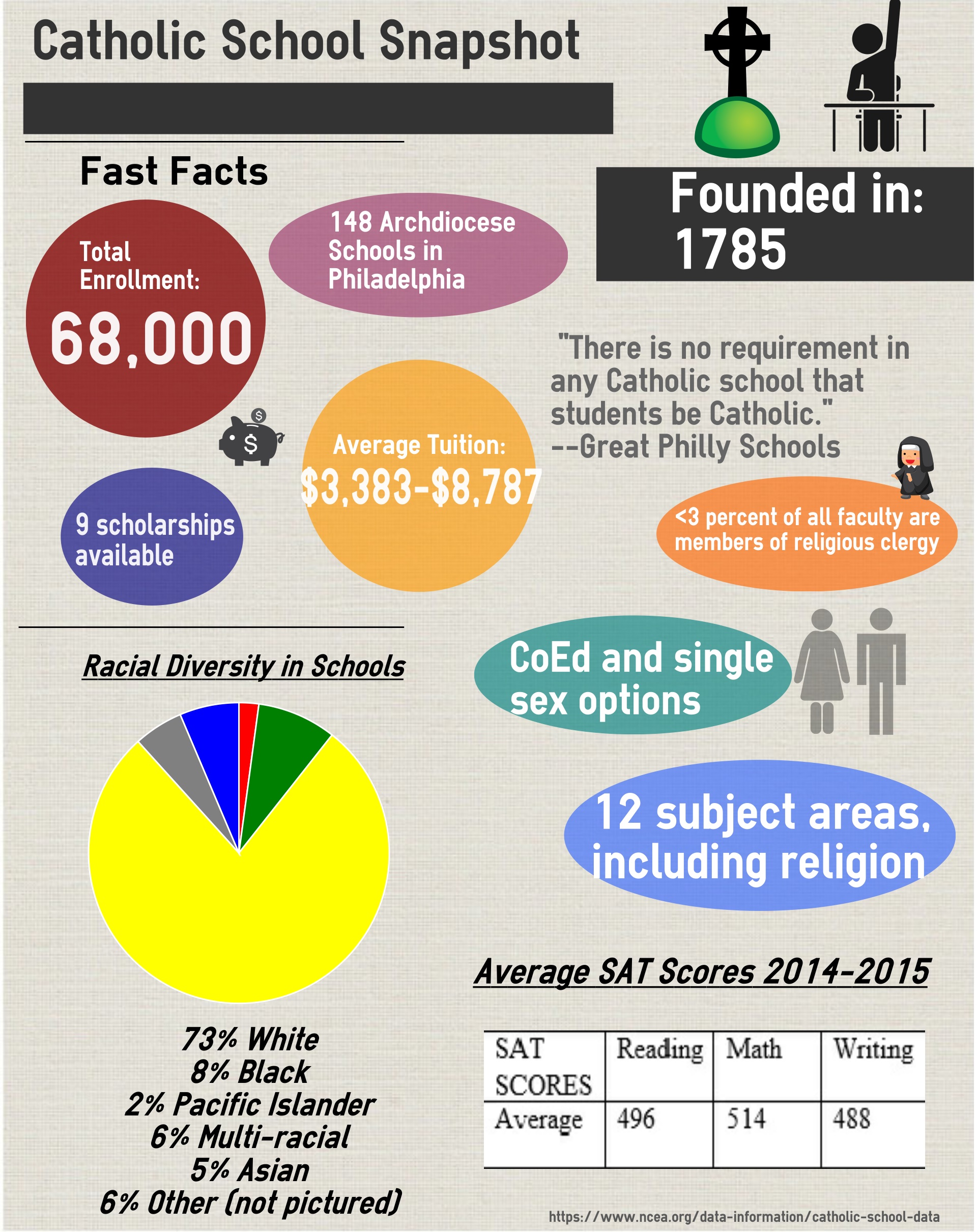 For Bongard, the Memorandum and the emphasis on following Catholic doctrine aligns with Pope Francis’ goals at the World Meeting of Families.

“The beautiful thing Pope Francis is doing is that he’s presenting a much more welcoming face [to Roman Catholicism,]” Bongard said. “When Jesus himself dealt with people he said ‘I love you, but these actions are wrong.’ We see that very clearly in Pope Francis. The approach to true conversion is love.”

At Little Flower Catholic School on West Lycoming Street, Principal Kathleen Klarich echoed Father Bongard in her decision to distribute the Memorandum and to defer doctrinal decision for her students to the Archdiocese and his office.

As the Catholic religion diversifies, the pope has yet to mention whether he defines family to include homosexual couples, divorced individuals or those who’ve previously chosen abortion.

–Text and images by Lora Strum and Ashley Hart.

For more than 80 years, the Sacred Heart Home for Incurable Cancer has housed cancer patients on the corner of Park and Hunting Park avenues in North Philadelphia. Sister Marie Edward serves as director of […]

https://vimeo.com/54827927] The delicate glass designs, echoing the silence and serenity of St. Paul’s Church, provided a momentary visual this weekend of everything Mohammed Al-Jumaili’s life in Iraq was not. In a not-so-distant past, Al-Jumaili, of […]

The Pennypack Environmental Center is a city-owned and operated facility run by Philadelphia Parks and Recreation. The center, located at 8600 Verree Rd., had its official opening in 1969 and is a subdivision of Pennypack Park. It was created with […]