For Rev. David Norse, he’s seen a lot of change in the last six years.

“There’s a real shift happening,” he said, “and it’s really changing in that tradition with younger members. That’s why I find the research so fascinating. If you look at the younger generation, the rate of acceptance is so high. It’s really surprising.”

When he first went to Princeton Theology Seminary, it wasn’t possible for him to be out and ordained, but that changed during his time there. Now, he’s part-time at Broad Street Ministry.

The 29-year-old theorized why Millennials are more accepting is because they’ve interacted with people who are LGBT.

“Kids are coming out in sixth, seventh, eighth grade,” Norse (below) said. “If I came out in seventh grade that would have been a very different experience for me.” 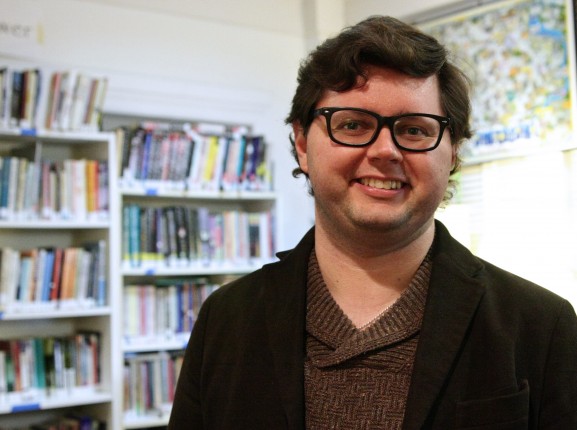 According to Pew Research Center, 78 percent of Millennials believe homosexuality is acceptable in society, as well as 65 percent of Gen Xers and 55 percent of baby boomers.

Fifty-four percent of Americans say there’s no conflict between religious beliefs and sexual orientation, and as of June 8, 57 percent approve same-sex marriage. The Supreme Court ruled June 26 the Constitution guarantees a right to same-sex marriage.

On March 18, the Presbyterian Church (USA) changed its definition of marriage from between “a man and a woman,” to “marriage involves a unique commitment between two people, traditionally a man and a woman.”

Rev. Andy Greenhow, the minister of stewardship, congregational partnership and belonging at Broad Street Ministry, acknowledged LGBT acceptance has lagged in Christianity, but he’s started to see a shift with Millennials.

“Religion on this topic has been slower than most,” Greenhow said. “I no longer want to be in the debate about whether it’s OK to be gay. I don’t care about that at all.”

Greenhow, 30, said the Presbyterian definition of marriage is an attempt to satisfy both ends of the spectrum. He doesn’t think people younger than him see sexual orientation as an issue and it’s more important about what people do.

What Greenhow has observed with Millennials is that they care more about whether the church is hypocritical, saying one thing but practicing something else. As a religious leader, Greenhow said churches are hypocritical.

“We really are,” he said. “I think that this is going to be a problem for churches if they can’t figure out the way to make this work. Hardliners will always find people who will follow them. Even with the generational shift, there will always be hardliners.” 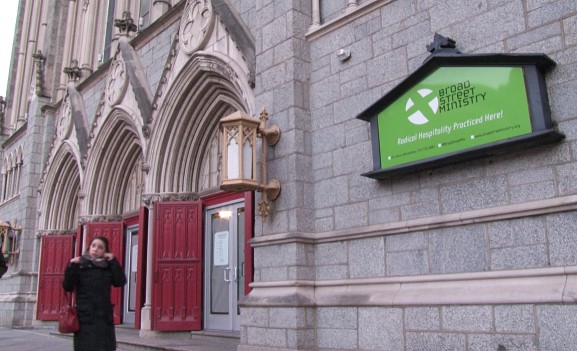 With BSM, Greenhow wants to change the narrative surrounding Christianity that the faith is not accepting of the LGBT community. He said that’s so often the story told.

He recalled The New York Times’ headline “God vs. the Constitution in Kentucky” after Kim Davis refused to sign marriage licenses following the Supreme Court’s ruling.

That narrative, Greenhow said, forces people to pick between sexual orientation and Christianity. BSM doesn’t make people choose and it incorporates all identities, he said.

“I want to get past the idea that you’re being gay is something that prevents you from being a disciple,” Greenhow said, “and getting straight to how are you faithful?”

In addition to being the program director at the William Way LGBT Community Center, R. Eric Thomas, Norse’s fiancé, sits on the board of Beacon, located in Kensington.

At Beacon, Thomas said, the objective is to grow from within. Its website describes it as a place that “invites people of all ages to grow together through arts, learning and faith.”

The leadership at Beacon consists of all women, and it offers after-school programs centered around teaching children to express themselves through creative means.

“It isn’t hyper progressive in the way Broad Street is,” Thomas said, “but it does have a progressive mindset that they’re interested in engaging with people around faith issues.”

Another church in Philadelphia that doesn’t discriminate against sexual orientation is the city’s oldest. Christ Church, which opened in 1695, works with Equality Pennsylvania, an LGBT organization that lobbies for equal rights in the Commonwealth.

Rev. Tim Safford, rector of the church, sees himself as pro-LGBT, pro-abortion rights and is a former board member of Planned Parenthood of Southeastern Pennsylvania.

Safford said Philadelphia is a tolerant community. Because Christ Church is located in Old City, it’s easier for the church to be open than it would be if it was in the suburbs.

One reason Safford believes some churches get in trouble is because they get caught up too far into the theology. A church is supposed to challenge people to a holy life, he said.

“If the church cannot be open and embracing of all people in the way that they are just as they are,” Safford said. “You have to embrace first and then challenge second.”

— Text, images, and video by Tom Dougherty and Moira Wilson.

Center City: Life Through the Lens of an Out Pastor

Inside an Oregon storage unit a few days after their engagement in July, R. Eric Thomas learned something about his fiancé, Rev. David Norse (above), through some old photographs. “We both realized that we were pretty [continue reading…]

Center City: ‘Come as You are’ at Broad Street Ministry

When Broad Street Ministry opened in 2005, the staff realized quickly the church had to be different. “We knew right away this needed to be a church for this zip code,” said Rev. Andy Greenhow, minister [continue reading…]

While the upcoming papal visit draws most of the attention in Philadelphia, another religious leader will soon make his way to the city. The Dalai Lama will be here Oct. 26 and 27, when he’ll [continue reading…]