As the fifth largest seaport in the United States, the port of Philadelphia and its many active facilities along the Delaware River are key contributors to the city, region and nation’s economic growth.

“The regional port contributes about $7.5 billion per year and 135,000 direct and indirect jobs,” said Dennis Rockford of The Maritime Exchange of the Delaware River. “As long these ships continue to come up the river and they are offloaded here, then that supports tugboat operators, line handlers and the like. The people who work at the pier are getting paid between $75,000 to $100,000 per year. This one of the last areas of which you can get a solid, blue collar, family-sustaining job.” 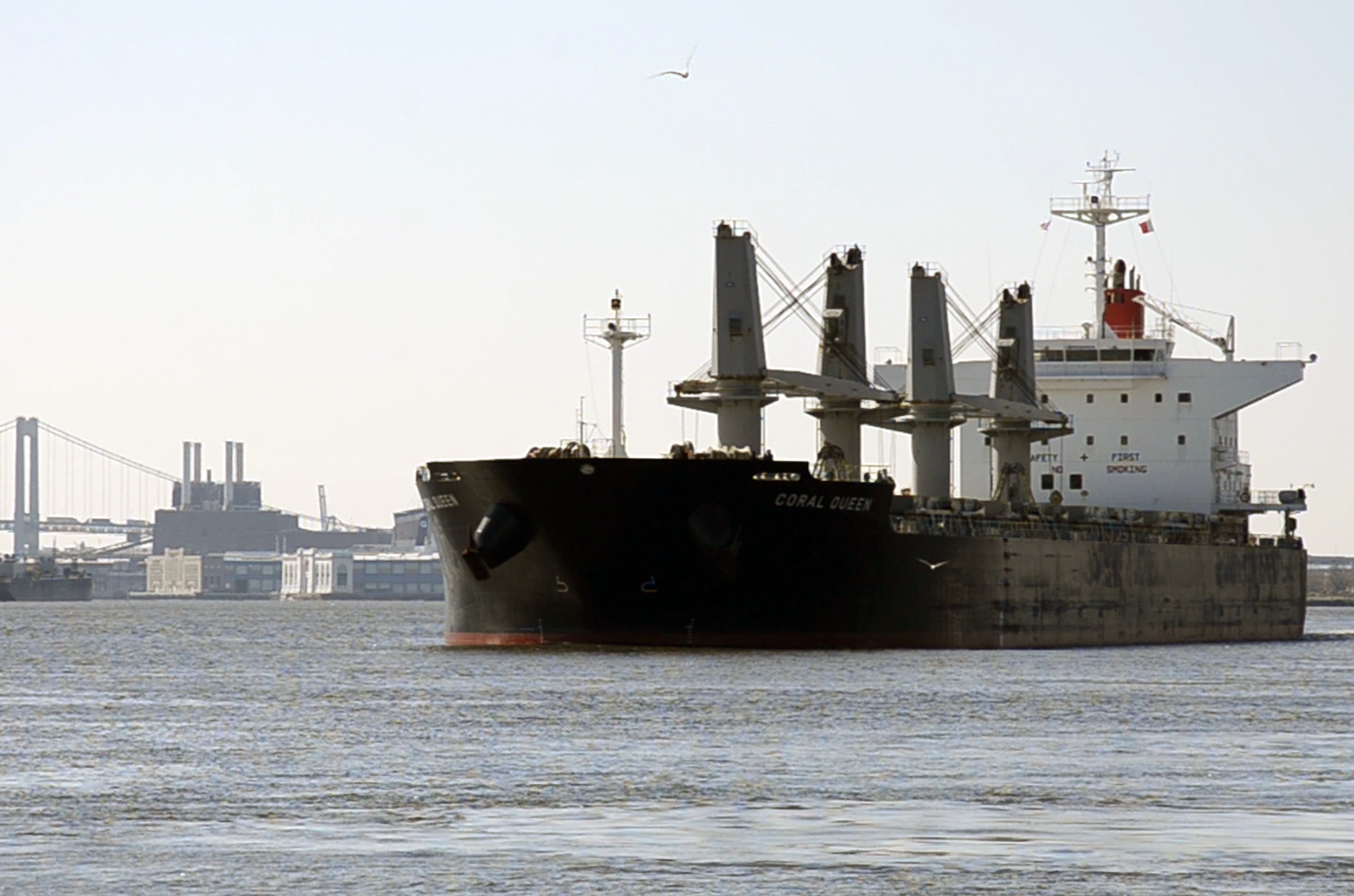 The maritime industry in Philadelphia is one of the few remaining signs of the city’s industrial heritage. Philadelphia was – and remains – one of the major metropolitan trading centers of the Eastern seaboard.  Today, the city continues to maintain that role in a new way with advancements in technology, and moves toward specializing in certain commodities.

Statistical data tracking the overall growth of the port system has become easily accessible thanks to Philly Freight Finder, the brainchild of the Delaware Valley Regional Planning Commission. The site is an online portal that acts as a data platform, allowing users to see a breakdown of the region’s port network by county.

“You will see an excellent indication of all of the port facilities and activity indicators associated with those facilities,” said Ted Dahlberg of the DVRPC. “It will also describe what goes on at each terminal.” 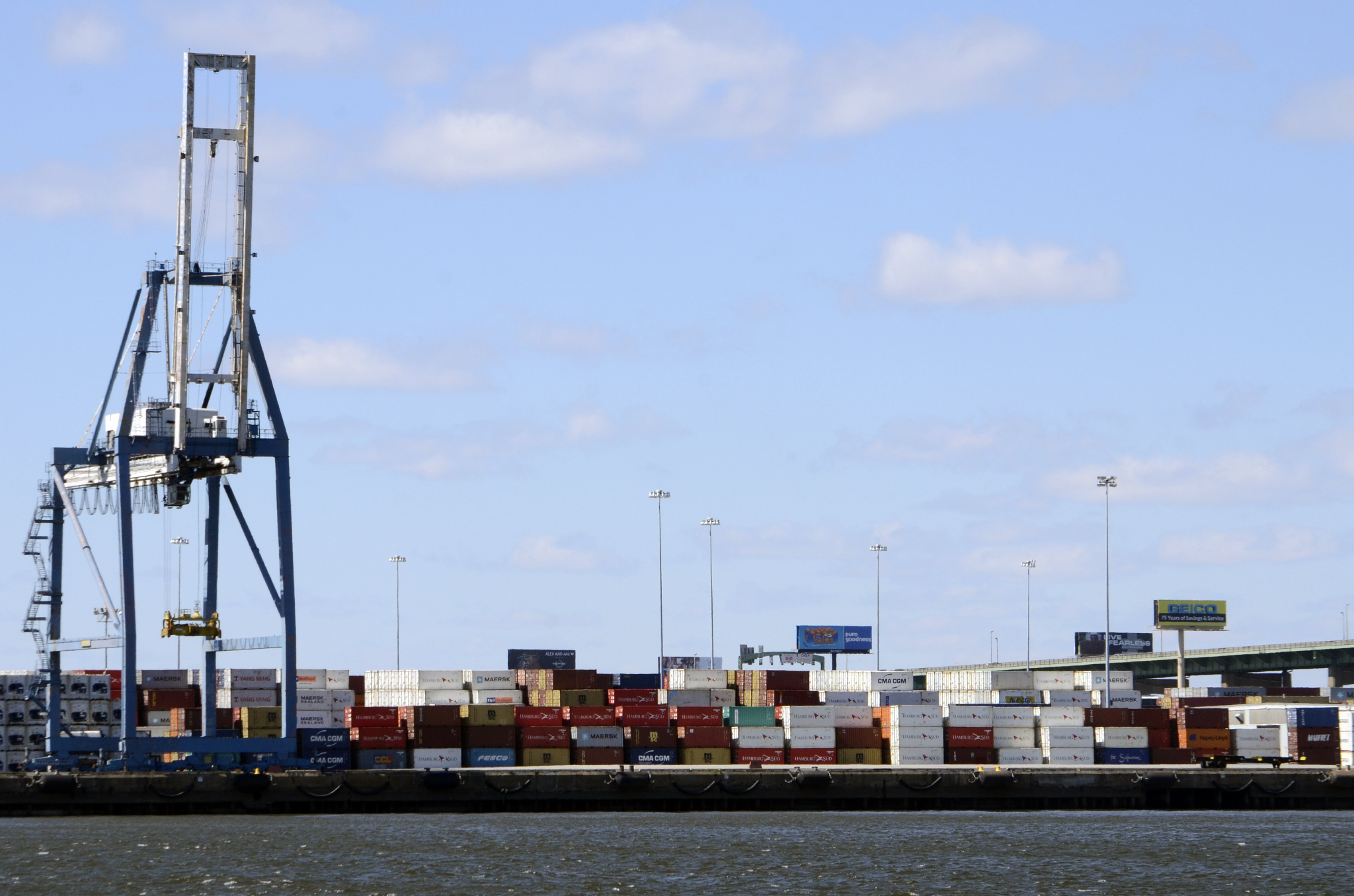 The Packer Avenue Terminal, pictured above, is the most visible of the port’s facilities with its towering cranes that stand beside the Walt Whitman Bridge. It is considered Philadelphia’s primary container handling facility by the Philadelphia Regional Port Authority.

Several terminals upriver specialize in different commodities. Pier 84, for example, is the United States’ number one import facility for cocoa. The Tioga Marine Terminal’s recent growth is directly linked to the increase in Chilean fruit imports.

The Delaware River, which was previously 40-foot deep, is currently undergoing a dredging, deepening its floor to 45 feet. This will allow for bigger vessels and more goods to pass through its waters. Large freighters will soon be able to travel upriver without the expensive and time-consuming process of lightening first, or removing cargo in order to decrease a vessels draft.

The Delaware Valley Regional Planning Commission is one of many organizations advocating for the creation of new port facilities to accommodate Philadelphia’s increased maritime potential. Beginning with the construction of entirely new terminals next to the current Philadelphia Navy Yard, this expansion, dubbed Southport, would make the South Philadelphia waterfront an energy hub. 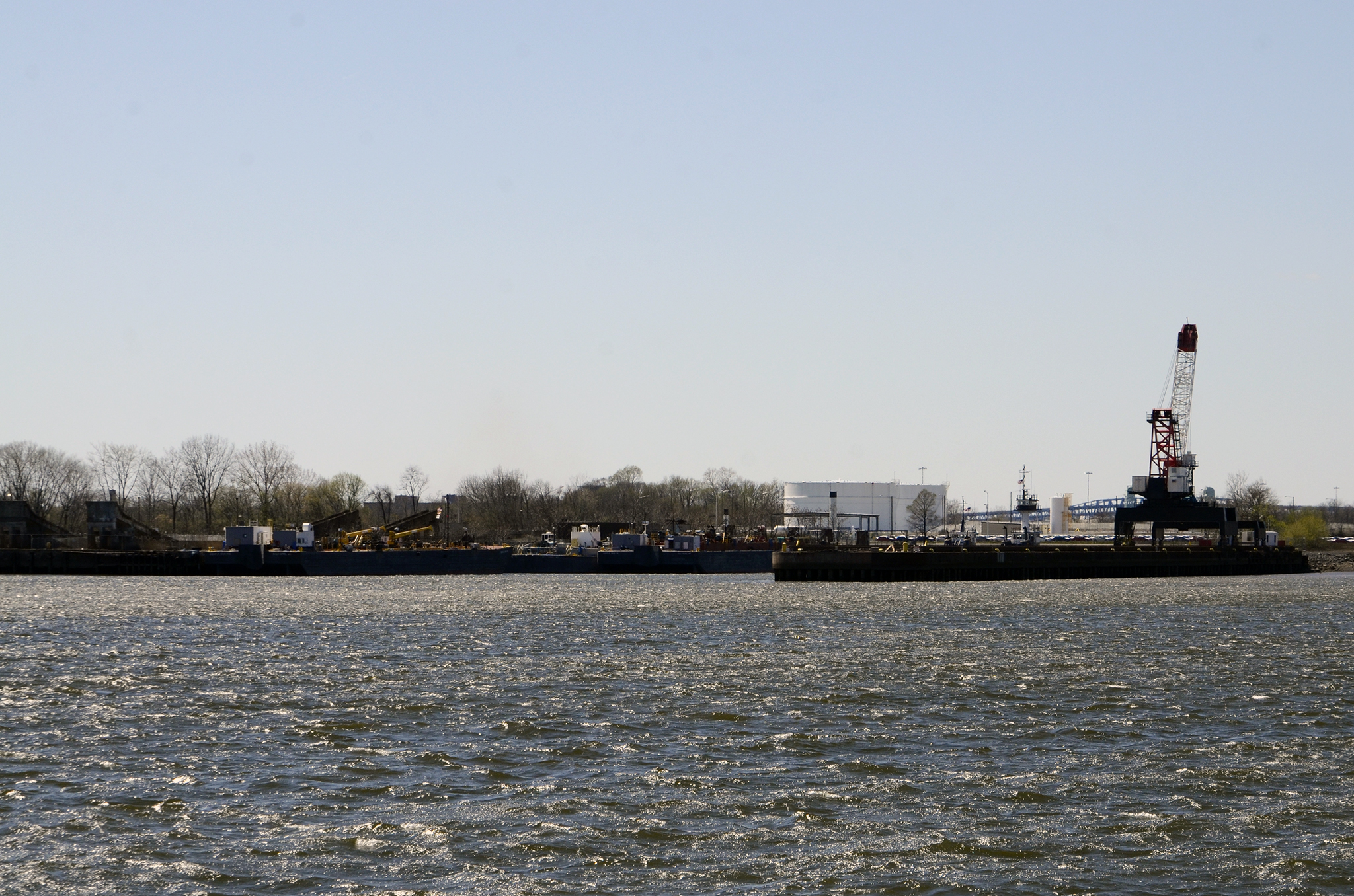 Mike Boyer, associate planning director for the DVRPC, said that the energy boom, created by the advancement of fracking technology in Pennsylvania’s Marcellus Shale and North Dakota’s Bakken Oil Fields, is one of five future forces the commission has determined will have a positive impact on the city’s business sector.

“There will be very big economic impacts on this region,” Boyer said, “particularly in manufacturing of petrochemicals and other sectors.”

Advocates of the shipping industry are excited for the economic possibilities.

Before any jobs can be created and before construction can even start on Southport, the deepening must be completed. The project, which has reached costs of more than $300 million, has civil engineers and environmentalists in a heated debate over its merit.

“The Atlantic sturgeon industry, the oyster farming industry that used to be so prevalent along the Delaware, both are in danger given the amount of environmental destruction taking place,” she said. “Not to mention the increased harm to coastlines and wetlands and the possibility of another marine oil catastrophe.”

Ed Voigt, who leads the dredging project for Army Corps of Engineers, maintained that everything is being done to mitigate environmental damage, and that the silt and sand brought up from dredging will be used to restore beaches and wetlands devastated by climate change. 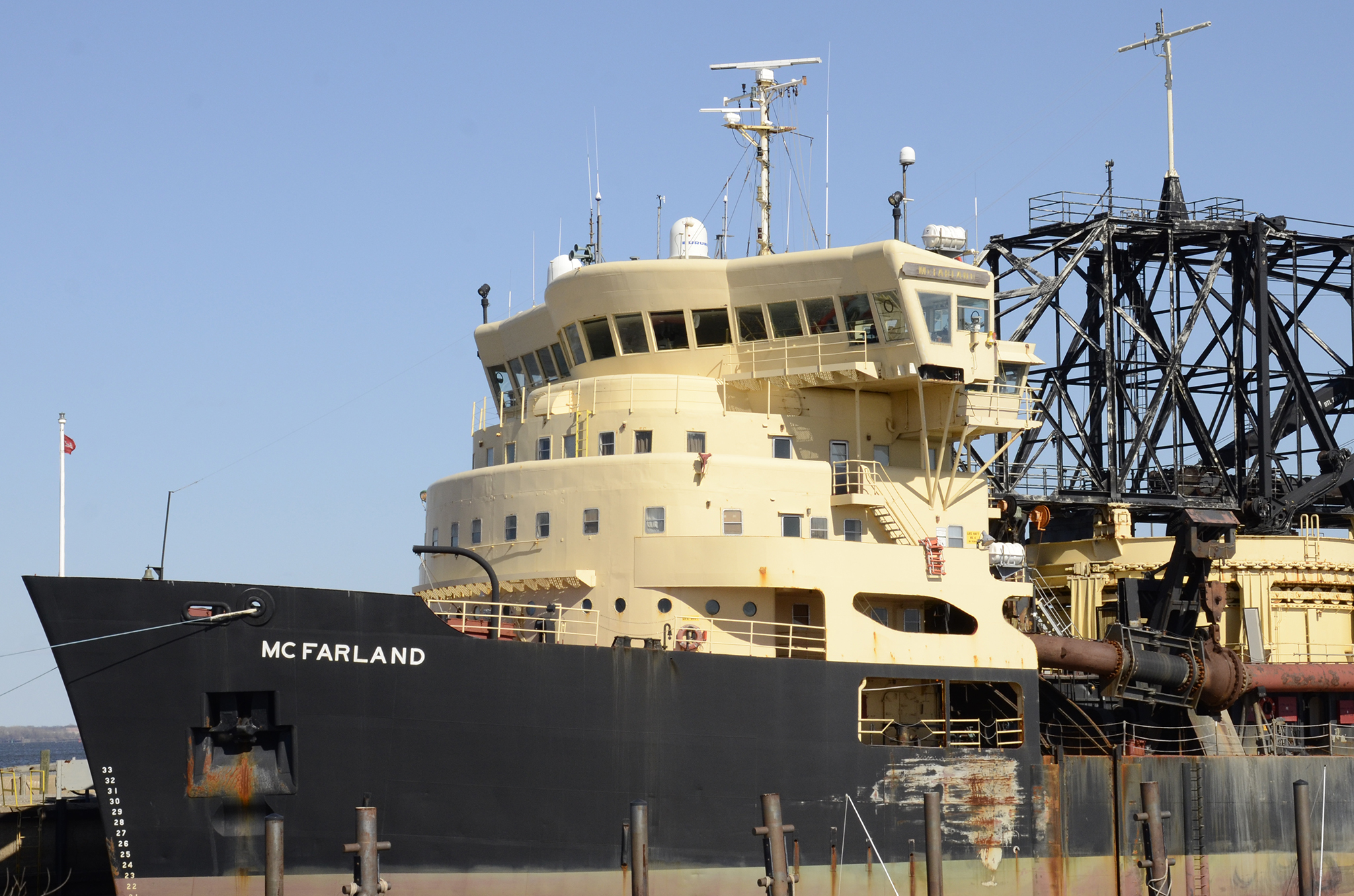 To her and her group, no mitigation efforts can offset the increased environmental effects of continuing to invest and advocate for fossil fuels.

“Deepening is not necessary and Southport was used as an excuse for deepening,” she said. “With regard to the energy hub, we are opposed because it is based on drilling and fracking. Anytime we create more infrastructure, we are creating an increasing level of harm on the communities where drilling and fracking is happening.”

To that, the Army Corp of Engineers had no response – partly because they aren’t supposed to. While the reasons for the deepening may be rooted in the expansion of Philadelphia’s Port, the Corps of Engineer’s only job is to provide scientific and engineering resources to the parties involved, and when a project is decided upon, to oversee its implementation. Technically, they wouldn’t care if the ports’ top exports were condoms and canaries.

As Voigt put it, their oldest and most important job is, “Maintaining waterways for safe maritime navigation.”

That should be the outcome of the Delaware River deepening project, a deeper, safer river better suited for the cargo vessels of the future.

The deepening project should wrap up by the end of 2017.

– Text, images and video by Mario Corsaro and Daniel Pelligrine.

Over the past 30 years, Rebuilding Together Philadelphia has renovated neglected homes and assisted people earning low-incomes in specifically selected areas of the city. On June 1 and 2, volunteers, experts and neighbors reconditioned 10 […]

When a business is sustainable, its practices demonstrate how to make a profit while also promoting, addressing and being conscious of environmental issues. Here are a few businesses that focus their mission not only on making money but […]