On a national level, the Latinx baby boom is expected to increase the population by 167% in the next thirty years.

With an ever growing population of about 1.6 million residents, the Latinx community in Philadelphia brings vitality not only culturally but economically. Concentrated in Hispanic-populated areas, these businesses are multiplying just as fast as its thriving community.

The city being a “sanctuary city” – a city that protects undocumented immigrants by limited immigration enforcement and refusal to comply with detainer requests from feds, has also made it a convenient area for undocumented workers.

Philadelphia was made a sanctuary city back in 2014 by then-mayor Michael Nutter, who towards the end of his term, ended the status. 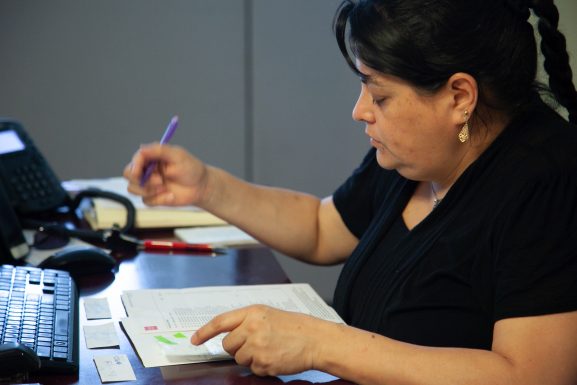 Mayor Jim Kenney reinstated the status by signing an executive order on his first day in office last year. The city’s status caused a lot of commotion with threats from the current administration to cut off grants because of the way the city handles illegal immigration.

This devastated Philadelphia’s immigrant community and motivated the city to file a lawsuit against the administration in August of 2017.

Judge Michael Baylson of the Eastern District of Pennsylvania ruled earlier this month that the Trump administration could not deny federal grant money because of the cities practices with illegal immigration. Siding with the city, the federal judge wrote that the laws in place are reasonable and called the administration’s attempt to restrict the money unconstitutional.

On a twitter post in March of last year, the Philadelphia mayor stated that immigrants are responsible for 96% of the Main Street neighborhood business growth in the city from 2000-2013. Twenty percent of those businesses are Hispanic-owned .

The city’s Hispanic community contributes to the economic growth as well as create more jobs.

In a study conducted by The Greater Philadelphia Hispanic Chamber of Commerce (GPHCC) in 2013, GPHCC stated that Philadelphia represents the second largest Hispanic market in Northeastern U.S. which multiplied from the year 2000 to 2010 by 58.3 percent. 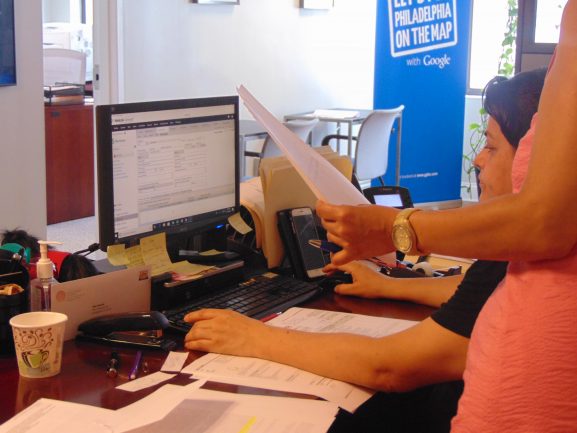 According to the GPHCC, there were 7,785 Hispanic businesses in Philadelphia by 2013. Although that makes it the region with the highest business count, it is also the city with the lowest median income in a Hispanic household at $34,332.

Jimmy Duran, who is the director of programs at the GPHCC said there is a combination of factors that influence these numbers.

In most Hispanic-owned businesses you will find that the structure is designed for the owner to be in the business several hours, and sometimes seven days a week. Duran explained this is due not only to cultural aspects, but also to the previously mentioned margin.

“They try to make up for it by increasing the volume,” Duran said. “Perhaps when the case is personal finances, knowledge and literacy… you should be running your house like a business.”

Duran is also in charge of the Small Business Development & Education (SBDE) initiative, which looks to help individuals adopt the best business practice through education, research and useful information.

“In a lot of the countries that our business owners are from,” said Javier Suarez, VP of Strategic Partnerships for the GPHCC, “having a relationship with a chamber of commerce is understood to be something that is only accessible to those who are very wealthy or very well-connected. But at least for our case we are open to anyone who is willing to run their business more efficiently.”

Suarez also mentioned how it can be difficult to reach the business owners with such mentality because of the work-life balance, which is a matter of concern for micro business owners, including the Latin community. 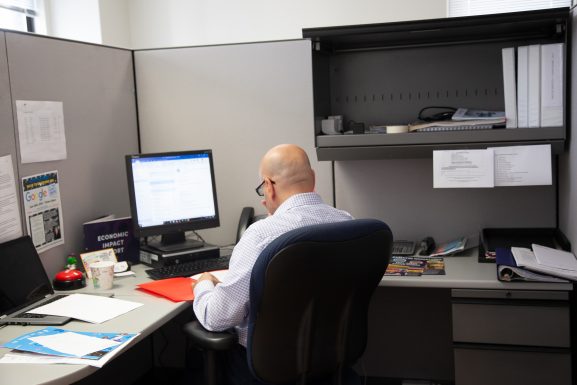 One of the ways in which the GPHCC tries to tackle this situation, is by trying to reach business owners collectively through an aggregated group of experts.

“We bring them to the community,” Duran said. “We call it a Road Show because the Chamber comes to the community rather than them coming here. We have lawyers, CPAs, telemarketers, project managers, bankers, risk managers and insurance experts. What they do is teach you how to start, sustain and grow a business. ”

The largest industry in the city of Philadelphia concerning Latino-owned businesses is the food industry.

The Taste of Brazil

Northeast: Mayfair Then and Now

https://vimeo.com/20118576] Change is relative. That seemed to be the message from longtime locals living and working near Frankford Avenue in Mayfair. As the heart of Mayfair, Frankford Avenue has certainly gained a few nail salons […]

In recent economic times, many would think the farmers’ market was struggling like many other small businesses. But John King has been at 39th Street and Lancaster Avenue for 12 years and shows no signs […]