Pastor Derrick Long (pictured above), leader of the faith-based nonprofit organization Men of Mill Creek, wants community activism in Philadelphia to live on after he is gone. Young people are the way to do it, he said.

“I’m happy young people are here to keep the legacy,” he said to a small crowd of other community organizations gathered at the Men of Mill Creek’s office in the 4600 block of Brown Street at 6:30 p.m. on Sept. 26.

The meeting was set to prepare for upcoming events in Mill Creek, such as a voter registration drive, and to discuss the lack of services such as job placement, job trainings and education.

Five groups from West Philadelphia—It Takes A Village of Helping Hands, West Mill Creek, The Village of Mill Creek, Men of Mill Creek and The Fabulous Ladies—met that Wednesday night to discuss how to keep residents politically engaged and how to attract new, young members.

The youngest person in the room at 38 years old, Ted Smith (pictured below) attended as a part of West Mill Creek, which represents residents from Haverford Avenue to Thompson Street and 46th to 54th streets. He recognized not many young adults are as engaged as he is. 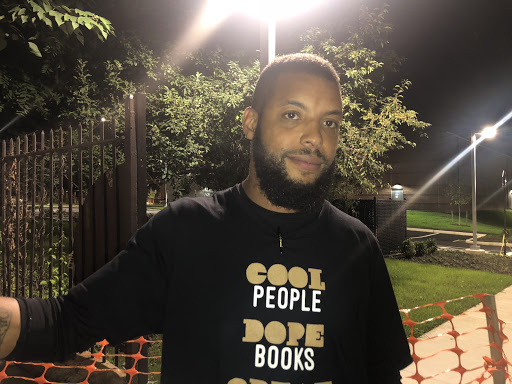 “Sometimes it feels like it’s a lonely journey,” Smith said. “Young people need to be involved because eventually, we’re carrying the torch.”

According to Smith, the best ways to attract a younger demographic is to modernize communication methods, such as using social media for publicizing events and engagement purposes. Smith posts a lot of his activism on Instagram, @MrWestPhilly. He also mentioned that approaching young people on the street, rather than waiting for them to appear at meetings, is a better option.

“Talk to them, ask them about their day, because everybody has issues,” Smith said. “They want to be engaged.”

Conversation around the new Lucien Blackwell Community Center, under construction across the street from the Mill Creek Playground, sparked emotions in the room.

The Philadelphia Housing Authority partnered with the City in efforts to build a community center located at the intersection of 47th and Aspen streets. The Lucien Blackwell Community Center broke ground last year and was named after the late city councilman and congressman.

“We are excited that residents of the Mill Creek neighborhood and Lucien E. Blackwell Homes will soon have this modern community gathering space,” said PHA President Kelvin A. Jeremiah in a press release from May 2017.

Hakeem Butler (pictured below) of The Village of Mill Creek, a group that focuses on street clean-ups and aiding the elderly, said the new center will do nothing but raise property values in the neighborhood. Both Butler and Long mentioned witnessing other residents from other parts of the city having to leave because of rising rent and wealthier people coming in. The two worry the same trend may be coming to Mill Creek. 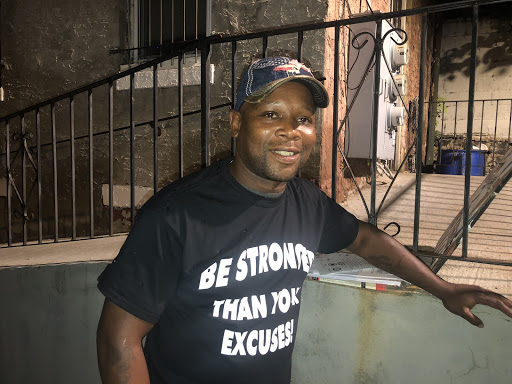 The groups also discussed a lack of money to maintain their community. Pastor Long emphasized throughout the meeting that if the community wants to have services that benefit residents and to incentivize people to stay engaged, there needs to be a fundraising effort.

“Community service is more than picking up garbage and painting a wall on MLK day,” Long said.

Some of the services he talked about implementing included job placement, job trainings, education and small day trips for the community. New programs cost money, though, and the last time the Men of Mill Creek generated any revenue was 2003, Long said.

So far, fundraising ideas include putting on a cabaret and bowling parties, events that would potentially attract a younger crowd.

The groups haven’t always worked together harmoniously. Although they had similar goals to provide services to their community, their methods varied.

Butler explained that there was a disconnect among the organizations.

“There wasn’t communication,” Butler said. “It was a time we didn’t talk to the Men of Mill Creek like that for years. So now, this is a start. This meeting is definitely a blessing and I’m excited for the future about we have going on.”

Tanja Carter (pictured below) of It Takes of Village of Helping Hands, an education advocacy group, also wants to get the five community groups to a new level. She said all the organizations should have their own 501(c)(3) designation, employer identification number and promote themselves with brochures and flyers.

As a 501(c)(3) organizations that are declared non-profits are exempt from federal income taxes. These exemptions are for groups that are organized and operated only for religious, scientific, charitable, literary or educational purposes and allow groups to collect tax-deductible donations. 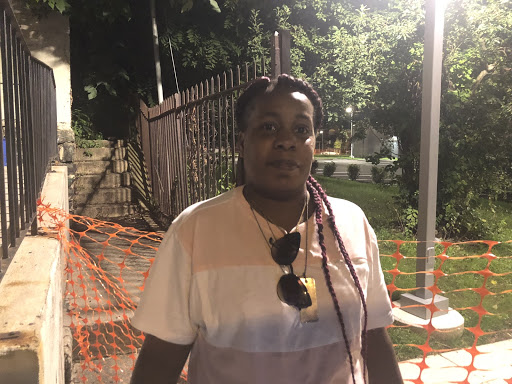 Carter has been politically active in the city since 1990, though this was her first time meeting these other organizations. She believes she can put her skills, developed from more than 20 years spent working in the School District of Philadelphia, to good use. She also has raised money for local nonprofits over the years by selling chips and children’s books throughout the community.

“Fundraising is up my alley,” Carter said. “I’m creative. I can make things.”

The first collaborative event, hosted by all the five groups, was a voter registration drive on Saturday, Oct. 6, with volunteers stationed along the 4700 block of Brown Street. Their goal was to educate the community on why it is important to get out to the polls and to give free platters of food to people who register in preparation for the November elections.

There will be other collaborative meetings with the five groups every two weeks.

– Text, audio and images by Kaicey Baylor and Taylor Allen.

South Philadelphia: CityLife Church Focuses On Giving Back To The Community

With its successful service initiatives, especially the ones that benefit the neighborhood public school and the less fortunate, CityLife Church in South Philadelphia is a becoming a part of the local Christian community. Founders Brad and Leah Leach established CityLife in 2011 as [continue reading…]

Mill Creek: The Murky Line Between Development And Gentrification

The Lucien E. Blackwell Community Center (pictured above) is coming regardless of public opinion. It is set to open soon, next door to the Mill Creek Recreation Center. Many residents wonder if this is an [continue reading…]

https://vimeo.com/31749668] A lifelong resident of Strawberry Mansion reminisced about some of the struggles he endured as a child. Rick Ford acknowledged how his own downfall began. It was in the sixth grade when Ford began [continue reading…]