Mt. Airy resident Robin Miller confronted City Councilwoman Cindy Bass in a meeting on Sept. 26 on her controversial bill to cut down on building new child care centers in the area.

“I think if you really wanted to help citizens of your entire district that you would really focus on what quality there is out there and get rid of the unregulated programs,” Miller said during the meeting.

Her comment was part of the Conversation with Cindy Bass meeting hosted by the Northwest Village Network at Lovett Memorial Library. Miller, (below) who worked in early childhood education for 35 years, said that it would be more beneficial for the community to increase the amount of high-quality centers rather than prevent more from opening.

Bass (above, right) was quick to clarify that the bill was only for commercial districts and only concerns locations for new businesses. She stressed her intention was to promote the establishment of a commercial corridor and does not want potential retail space taken up by child care centers. 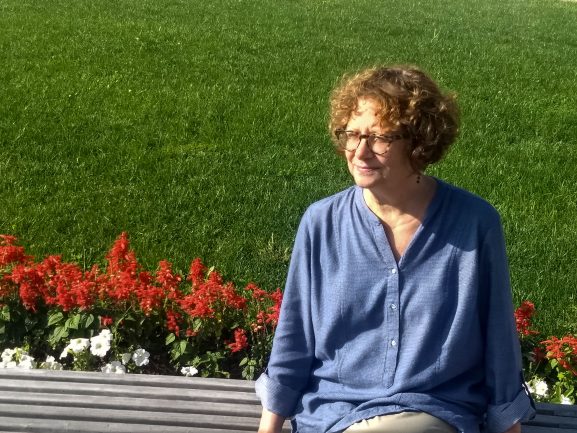 “You have more child care centers, beauty shops, barber shops and dollar stores and that’s it,” Bass said, “If we’re ever going to have a commercial corridor like they do in other districts, we have to a have a vibrant mix of businesses.”

Other meeting attendees were particularly worried about centers that cater to children with disabilities. Blossom Philadelphia, located on East Mermaid Lane in Chestnut Hill, is the only center certified to serve children with special needs in the area and is in the midst of closing.

Miller had additional concerns about many business corridors located on major roads, which would prevent child care centers from being built near access to public transportation. Miller said it may be difficult for residents to drop children off on the way to work.

Along with child care centers, Bass answered questions about zoning and development in the neighborhood, a broken curb on Lincoln Drive and additional funding for the Lovett Memorial Library. Additionally, moderator for the meeting Anne Javsicas spoke on Vision Zero, the city’s initiative to create safer roads for drivers and pedestrians.

When defending the bill, Bass mentioned her own role as a mother, stating she had gone through the process of trying to find a proper daycare herself. It was noted, however, that the bill was only a proposal and had since been re-evaluated after backlash.

Text and images by Michaela Althouse

In 2013, the Lovett Memorial Library on Germantown Avenue in Mount Airy was selected as one of four Philadelphia branches to be a part of the Free Library of Philadelphia’s Building Inspiration: 21st Century Libraries [continue reading…]

The Mt. Airy-Nippon-Bryan-Cresheim Town Watch was originally started as a town watch 25 years ago but has become so much more since. Steve Stroiman, the coordinator for the neighborhood association, realized in order to stay [continue reading…]