Since 1941, the Bridesburg Boys and Girls Club has given children and teens in the community a place away from the streets to learn and grow as young adults.

“They’re basically like a second home,” said Christina Whitaker. “They’ve been there when it’s been hard to find parents or when you just needed someone other than your parents because you can’t really talk to them about everything.”

Whitaker has been active at the Bridesburg Boys and Girls Club for 17 years. She joined when she was three years old and has worked as a club leader for two years.

Throughout her time with the Boys and Girls Club in Bridesburg, Whitaker said that she has seen what the club can really do for children.

“They’ve turned many kids’ lives around,” Whitaker said. “It’s basically taking them off the streets and giving them a second chance at life.”

Many of the other group leaders at the Bridesburg club share Whitaker’s views on the kind of impact that the Boys and Girls Club can have on both the children and the leaders.

Stephen Bustard, a current Temple University student, has been working with the club for less than a year. Bustard said that he originally began working to make money for the summer, but wanted to stay because he came to love working with the kids.

“First it was a summer job, something quick and easy,” Bustard explained. “Then, after the summer, I really loved it. The kids were awesome and I wanted to stay on for the school year and see how everything was done.”

But the positive impacts that the Boys and Girls Club in Bridesburg makes can be felt beyond just the members and leaders directly involved in the club.

Earlier this month, members of the Boys and Girls Club took part in the seventh annual Philly Spring Cleanup to give back to their community.

Leaders and children gradually showed up by 10 o’clock in the morning and began working in their own back yard to first clean up the playground behind the club.

Manned with brooms, rakes, gloves and garbage bags, the group of three members and four leaders set out to clear the trash. 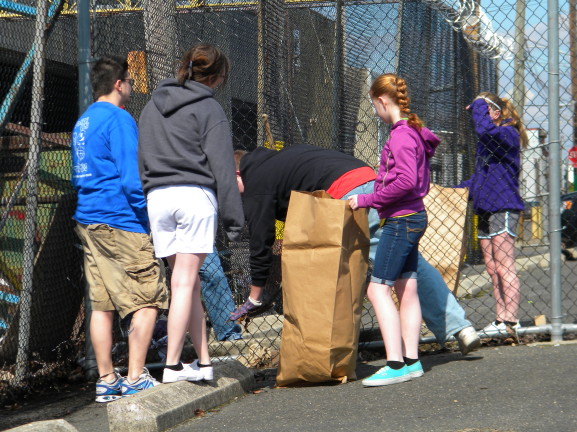 Program director Jason Newman said that it was small turn out was because of the Bridesburg Cougars’ opening day.

Newman explained that this clean up is just one of many that the club does in the neighborhood. 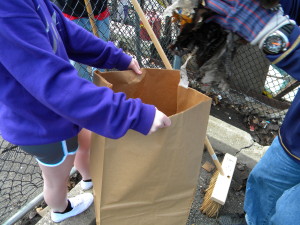 “We’ve been doing the clean ups for a little over 10 years now,” Newman said. “So we do them five times a year; we do our four regular community clean ups and then today is part of the Philadelphia spring clean up so we always partake in that.”

These spring clean ups do more than make the area nicer according to Newman. They result in others in the community getting involved.

“Last year we were out cleaning up right after Halloween” Newman said, “and this lady – she must’ve been 60-years old – just ran out of her house and started cleaning up alongside us.”

The Bridesburg Boys and Girls Club is able to provide a positive environment for the neighborhood’s young people. 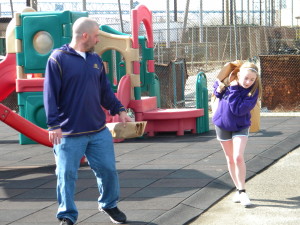 Between its daily programs and activities and its community service undertakings, the club does its due diligence to give back.

“It’s really for our kids,” Newman said. “One of our main priorities is we always tell our kids that whenever you leave a place, try to leave it a little bit better than it was when you got there. So really, it’s about trying to teach our kids about the responsibility.”

Members of the Philadelphia POWER community (pictured above) gathered at City Hall council chambers to voice their concerns and support the introduction of living wage legislation on Thursday, Sept. 27. The measure, if approved, will [continue reading…]

The construction of new houses on Reed Street in Pennsport is expected to bring new and younger tenants into the neighborhood. Long-time residents do not mind the changes but there are a few issues. “This [continue reading…]

Local artist Kevin Colden’s comic, Fishtown, chronicles the events of the 2003 murder of a 16-year-old boy, an act that shocked Philadelphia for the brutal nature of the murder and the lack of remorse by [continue reading…]