At the end of September, Fairmount Park unveiled the newest addition on the East side of the park, The Discovery Center, located at 3401 Reservoir Drive. The center is established as a nature sanctuary around a hidden reservoir near Strawberry Mansion and Brewerytown. It was open to the public until the 1970s, but closed off for nearly 50 years—until now. 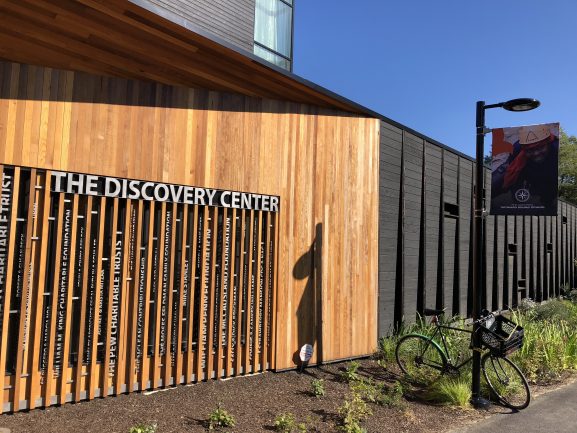 The Discovery Center is open to the public three days-per-week through April 30 and features open green space, a bird sanctuary and a nature trail.

As a part of their unveiling celebration, the National Audubon Society (one of the collaborators on The Discovery Center project) and Pennsylvania State Representative Donna Bullock organized an “Inclusion, Equity and Environmental Gentrification” event led by Aaron Mair, former Sierra Club president

Mair, who described himself as “the Alexander Hamilton of Environmental Justice Movement,” began with a presentation about the history of slavery and environmental gentrification.

His presentation focused on the positive and negative effects land development may have on the surrounding neighborhoods. The Strawberry Mansion reservoir is now being used by developers in the neighborhood as a selling feature for their apartments and homes. Sewage plants are negative features, and are often located near majority-Black communities, Mair said. 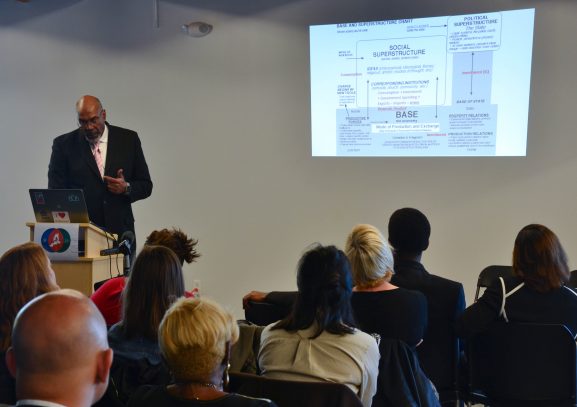 He also discussed the meaning of environmental justice and how urban communities are most often the subjects of environmental injustices. Pollution, lack of green space, and rising temperatures are just three examples of this. He encouraged audience members to pay attention to their community organizations and politicians.

After Mair’s presentation, Donna Bullock introduced a panel of local experts for the second portion of the event. Panelists included Mair; Tonnetta Graham, president of the Strawberry Mansion CDC; Pamela Bridgeport, director of programs for the Philadelphia Association of Community Development Corporations; Christine Knapp, director of the City of Philadelphia’s Office of Sustainability; and Allison Acevedo, director of environmental justice for the Pennsylvania Department of Environmental Protection. 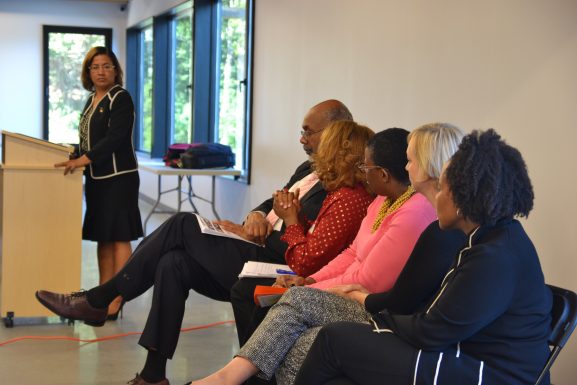 “When it comes to these kinds of [environmental development] projects across the city, what has Philadelphia done right and what can it improve?” asked Bullock.

“One of the things we did right was that from the beginning there were focus groups,” Graham said. “Before there was a building plan, before there was fundraisers or capital campaigns, there were discussions that were happening.”

These focus groups, led by Audubon and the Strawberry Mansion CDC, were crucial for understanding how the nature center might be developed in way that would benefit the surrounding neighborhoods, she said.

“We talked about how precious [the reservoir] was,” Graham said. “People needed to hear what actually was happening before it was fenced off, so I think the critical piece is that you have to listen to folks and pay attention to the neighborhood norms that surround things.”

Tykee James, environmental policy advisor for Donna Bullock and Audubon Pennsylvania employee, was the main organizer of the event. James was inspired to create this event after learning how environmental developments in urban settings unintentionally displace long-time residents in marginalized communities. 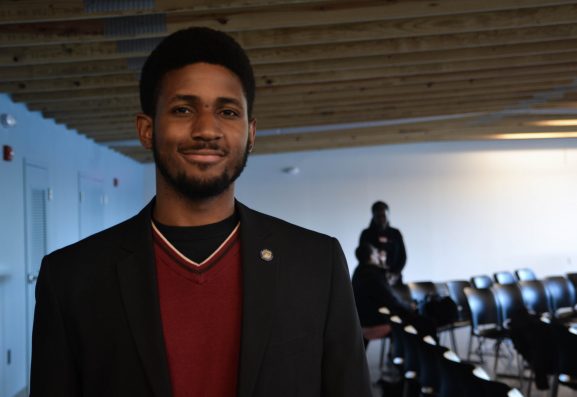 “It was easy to see the gentrification element being at play when you see these developments,” James said. “But it was more interesting because sometimes with these green developments, they have the sense of equity or you think because it’s green, it is good. But if green was all good then folks wouldn’t be displaced.”

Cesali Renn from the Friends of the Wissahickon attended the talk in hopes of learning more from all the speakers. 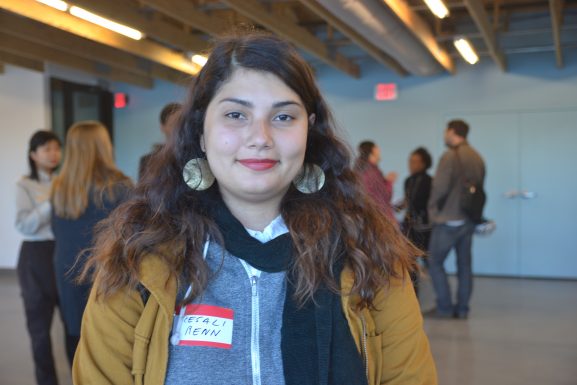 “We are trying to expand our outreach in the Germantown neighborhood and this neighborhood,” she said. “Fairmount Park is our neighbor and we are always trying to strengthen those connections.”

– Text and images by Sarah Madaus and Gail Vivar

It is summer in Brewerytown and the sound of children playing coalesces with the screeches of police sirens from the 2400 block of Jefferson Street. Home to more than a thousand residents life on this […]

At Strawberry Mansion’s Widener library branch, the new shelves and high ceilings bounce back the sounds of a pink ukulele. At its source sits librarian Abbe Klebanoff, strumming tunes during Widener’s less busy hours. “When […]

In November the Greater Brewerytown Community Development Corp. (GBCDC) reopened its technology center for the public, but employees at the community center said it still feels like an underused resource. “I think people are a […]