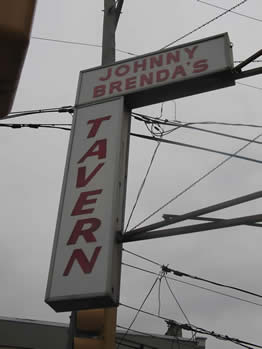 When you think of music in Philadelphia, undoubtedly certain areas come to mind: the melodic jazz tones born of North Philadelphia, the gritty, stark hip hop that rises from the tough streets of the western reaches of the city, the soaring strings of Gamble and Huff’s downtown soul or the smooth voices of the street corner crooners that put South Philadelphia on the map in the early days of rock ‘n’ roll.  Don’t look now, but it’s time to add an unlikely neighborhood to this storied list: Fishtown.

Along the Girard Avenue corridor, a new music row has flourished over the past few years solidifying the area as the true home of rock ‘n’ roll in the city.  Spearheaded by the transformation of Johnny Brenda’s from neighborhood bar to trend-setting venue, Fishtown has seen the rise of Kung Fu Necktie, The Fire and The M Room help buoy the facelift that live music is bringing to the area.

Still, not everyone was so sure Fishtown would welcome the rising tide of musicians in what some perceived as a neighborhood reluctant to change. “At first, I never thought it would work when all of the ideas and talk were going around about how Fishtown would become this sort of Mecca for shows and musicians,” recalls Sean Agnew, owner of R5 Productions, the leading independent booking agency in Philadelphia, who’s been putting on shows in many of the clubs since 2006. “Lo and behold, I was proven wrong. We have a week coming up full of shows at Johnny Brenda’s and Kung Fu Necktie.”

While some were doubtful, others saw it as a natural fit. “I’ve had friends down there for years with rehearsal spaces or studios,” says Jack Firneno, drummer in the indie outfit The Yarrows, veterans of Philadelphia’s rock scene. “To have all those places right where the music was happening already, it was just the natural progression of things.” 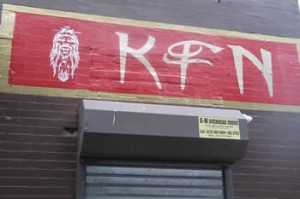 And while the sound of guitars tuning and the hum of amplifiers penetrate the Fishtown evening seemingly nightly, the scene almost never materialized.  “There was a fear among the residents when we first renovated and wanted to put on shows here,” explains William Reed, co-owner of Johnny Brenda’s, on the tension that arose between the venue and the neighborhood. “I would call it a fear of the unknown. A lot of the people thought we were going to be a nuisance.”

The struggle came to a head when Reed and his partner appeared before the zoning board to secure the permits to realize their collective vision. Reed says the friction between the bar and local residents who wanted no part of any “club as they saw it” almost led to their plans being blocked by both civic associations and municipal government. 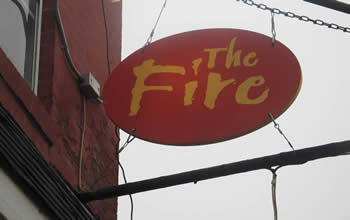 Despite the tensions, Reed believes the dispute proved a positive step for Fishtown. “When we came in, we had to transform the zoning process,” continues Reed. “The fight brought everyone out, either for us or against us.  It brought people into the neighborhood associations.”

While progress has been made, there are still those who don’t like the notion of the younger, tattooed and pierced crowd invading the neighborhood.  “We were supposed to be booking and running the Jumbo Theater on Girard Avenue, which would have been a 550 capacity, all ages room,” says Agnew, “but the Fishtown Neighborhood Association prevented that from ever happening. That was a huge bummer as it could have helped out a lot of community businesses.”

Despite some lingering opposition, Johnny Brenda’s has risen to become the preeminent venue in the city for both local artists and national touring acts.  Reed attributes most of their success to integrating into the neighborhood as best they could. “We had to be mindful of our neighbors, to be accessible,” he says. “It got easier once people saw that we ran a responsible business and were dedicated to the neighborhood. We sweep our sidewalks, sponsor a Little League team and my partner, Paul Kimport, even founded the Fishtown Area Business Association.”

And while the young, urban crowd can be fickle, the Fishtown music renaissance shows no signs of slowing down. It may even be benefiting the neighborhood in bigger ways than just bringing the arts to the area. “The venues are bringing people from outside the city to Fishtown, which is all additional revenue that businesses can generate because people want to eat, drink, shop and have a good time in an upcoming area of Philadelphia,” says Rob Meadows, owner of Staggered Works, another independent booking agency that sponsors shows at the clubs. “Fishtown is slowly developing into a mini version of the more popular Brooklyn.”

Reed sees the economic development as going beyond people just looking for a night out. “Most of the people we employ live in the neighborhood and they’re buying houses, really settling here,” he explains. “You look at some of the real estate ads and they’ll say ‘close to Johnny Brenda’s’ as a selling point.”

So, what does the future hold for the marriage of rock ‘n’ roll and Fishtown? While it’s still too early to tell, Reed believes the future is bright as more venues appear on the horizon. “It’s kind of a double-edged sword for us,” Reed jokes.  “We had to prove ourselves, and the next guy gets to just slide right in.”