Catherine Whalen’s day begins like many young, single mothers. Her alarm clock pierces the calm of the Fishtown morning at 6 a.m., leaving her just enough time to get her two children out of bed, fed, dressed and prepared for school and for her to arrive at work on time.  In the afternoon, the process repeats in perfect counter-clockwise symmetry.

Yet, for all the late nights and early mornings, for all the drudgery and routine implied by this seemingly endless cycle, the orderly madness of simply getting her children to school provides not only an education, but also a safe haven for her kids while she works.

“It might be a strange way to look at it, but school provides me with a sense of security,” explains Whalen.  “I know my kids are safe, looked after and occupied.”

So, when rumors began to circulate last month that the city’s budget shortfalls might curtail many of the summer programs offered by the city’s rec centers, Whalen became especially nervous.

“I don’t know what I’d do in the summer if I couldn’t take my kids to Fishtown [rec center],” she continues.  “It’s not like I can afford other stuff.  The only option is to let them roam around the neighborhood and hope thy don’t get 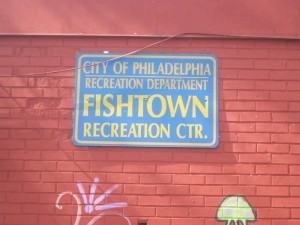 mixed up in anything that might be a bad influence.”

And that may be a reality that Whalen and other Fishtown residents will face this summer.  As Philadelphia tries to rectify one it’s worst fiscal forecasts in generations, the Parks and Recreation Department stands to lose much needed staff and funding, leaving a serious void in the communities they serve.

“I’ve seen it time and again from the kids I taught,” says Carolyn Cerasi, a former Philadelphia public school teacher who also specialized in child development services for the district.  “We were close to many of the families of our students and there was a discernible difference in September between the kids who were involved in some kind of summer program, like at a rec center or a playground, and those who weren’t.  Even beyond their learning capacity, but on an emotional and social level.”

As it stands now, Mayor Michael Nutter’s proposal to help fund the city’s recreational centers and pools, private funding and donations withstanding, calls for a 1 percent increase in the city’s sales tax and a temporary 19 percent hike in property taxes.  And while no one wants vital social services taken away from the city’s youth, passage of the bill is hardly a given considering how raising taxes would affect an already weak consumer economy.

“I want the rec centers and the pools open in every neighborhood, but I don’t know if I can afford it,” bemoans Whalen.  “If I have to choose between keeping food on the table and paying my mortgage versus summer camp, well, it’s obvious don’t you think?” 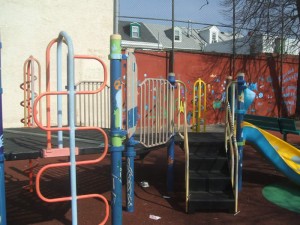 And Fishtown is a neighborhood that could be hit particularly hard no matter which way the vote swings. According to the most recent U.S. census data, nearly 39 percent of the households in Fishtown contain children. Suspended or limited services could affect a substantial amount of households.

And even if the playgrounds are open and operational this summer, one of Fishtown’s unique economic traits underlies Whalen’s concerns.  With home ownership rates hovering around 66 percent, but a median household income of only $28,679, nearly $13,000 below the national average, a sharp rise in property taxes could spell disaster for already cash-strapped families.

“The hardest hit would be poor and disadvantaged youth,” says Leo Dignam, deputy commissioner for programs with the Philadelphia Parks and Recreation Department, on who would be affected most by limited summer programs. “Especially those whose parents rely on our summer camps and swimming pools to keep children off the streets in the summer when school is out.”

And should Nutter’s budget proposal not pass the City Council vote, the outlook for the summer is bleak.  “We would have to close playgrounds and rec centers at night and on Saturdays,” continues Dignam.  “Camp capacity would be cut in half, only 12 pools will open, and seasonal maintenance staff would be eliminated.” 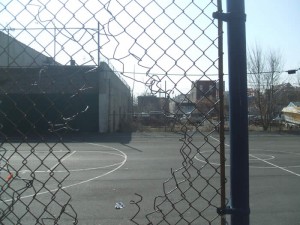 As for Fishtown, the rec center would only be open between 9 a.m. and 5 p.m. on weekdays, according to Dignam.  The Fishtown pool is not on the list slated to be opened this summer and summer camps would be limited to 25 children due to a lack of staff.

But for Catherine Whalen’s family, like many for those in Fishtown, life will go on.  “We’ll figure it out, what choice do we have,” she says.  “Maybe the neighborhood will pull together if the city can’t figure it out.  We’re good for that around here.”