Bill Kearney is a self-described “former compulsive casino gambling degenerate.” And even though he stops short of the word addict, many who are seduced by lure of fast money and big winnings find themselves in the clutches of an often misunderstood and underreported form of addiction.

Take Kearney’s story. An entrepreneur in his twenties, he lost his self-made fortune at the hands of casino dealers. 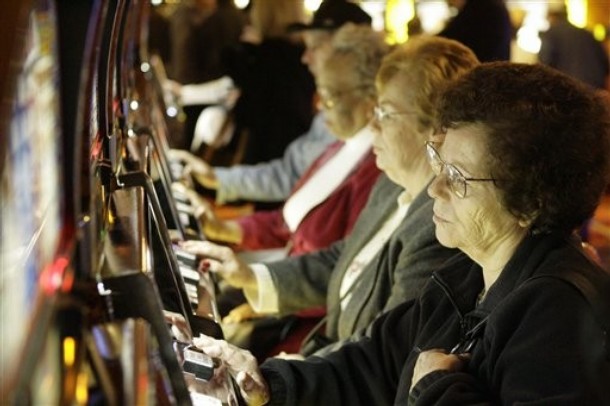 “I started going to Atlantic City in 1984,” recalls Kearney, on the beginning of a downward spiral that would forever change his life. “Within six months, I had lost a million in cash. After that, I was in the chase trying to get it back. I robbed, stole, did every hustle in the book just to get it back”

And while the pragmatist might justify this type of behavior by reasoning that, in the end, money isn’t everything, Kearney’s losses cost him much more.

“I lost my house, my cars and all the fancy things I had earned for my self,” continues Kearney, “but most importantly, I lost my family.”

Since Kearney’s descent into the tumultuous world of compulsive gambling, he’s become a crusader against what he sees as one of the biggest dangers facing Philadelphia. Whether through his tireless efforts lobbying the Pennsylvania legislature on gaming laws–his latest efforts to require stricter accountability and greater oversight for casino operations reached the Pennsylvania Senate floor in April-or as an author of his first novel, “Comped,” which tells Kearney’s story through both riveting and tragic first-hand accounts, Kearney’s mission is simple: to stop casinos before they destroy more individuals and families.

“The sick part is when you boil it down, it’s essentially our government sponsoring addiction,” Kearney says. “It’s like an opium den for people. But instead of drugs or alcohol, they get high on the product.”

Still, for many, the notion that gambling can be classified as the same kind of affliction that alcoholics or habitual heroin users suffer from is far-fetched at best. However, recent research is turning the conventional wisdom around.

“Addiction, in the broadest of terms, is any type of compulsive behavior that typically interferes with and disrupts someone’s life,” explains Lisa Welsh, an outpatient therapist at the Philadelphia-based PATH Inc., a community mental health center. “Even in attempts to control and rectify the problem, they can’t control their behavior. I would say gambling certainly falls under that umbrella.”

According to the Mayo Foundation for Medical Education and Research, gamblers, especially those in slots parlors where near-wins are par for the course, are prone to exaggerated periods of dopamine release, a chemical in the brain directly related to pursuing pleasure, as a consequence of their activity. Combined with increased levels of noreponehrine, a hormone released by the brain in response to stress, which has been linked to arousal and risk-taking, the stage is set for a bio-chemical foundation on which to base the compulsive and addictive behavior.

But beyond biological science, and perhaps even more pressing, is the issue of access. The SugarHouse casino in Fishtown, slated to begin operations in 2009, will be open 24 hours a day and is within a short walk for most, if not all neighborhood residents. And while there are many who may have never gambled before, its very presence invites temptation.

“When they open a Wal-Mart around the corner, people near there tend to start shopping there,” says Welsh. “It’s the same with the casino. People will tend to go, but they may not recognize the pitfalls of something billed as ‘entertainment.’”

And Kearney agrees. “I always say 90 percent of the people you’ll find in the casino at any given moment never gambled until a casino was built in their neighborhood,” he says. Kearney points toward the curious practices of the casinos themselves to reinforce his assertions. 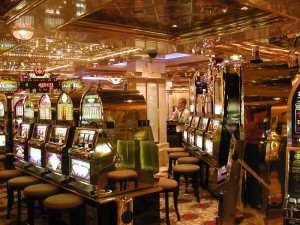 “There’s absolutely no consumer protection in the industry,” he explains. “They’re open around the clock, they serve booze and they try and ply patrons with comps to keep them spending their money.” However, most disturbing for Kearney is the way casinos skirt the law in allowing gamblers to spend.

Pennsylvania law forbids casinos to cash personal checks or allow patrons to gamble on credit. However, casinos employ the use of secure check cashing companies that clear personal checks on site to keep gamblers in the game.

“The real kicker is these companies can’t actually check someone’s balance, only their history with the bank,” he explains. “Say a person has a good history, they can write up to five checks for $499 each, and they’ll hand them the cash without even knowing if the money is there to cover it. And if it’s not, all of a sudden you’re a criminal.”

And while Kearney admits that some of the fault lies with the gamblers, he believes casinos encourage the compulsive behaviors. For example, while they can’t allow a patron to gamble on credit, the floor is lined with ATMs, all eager to dispense a cash advance on a credit card.

According to SugarHouse representatives, any and all actions will be taken to curb compulsive gambling. The casino is employing self-exclusion lists to help chronic gamblers from further harming themselves by denying them entry to the premises or access to the betting areas. The casino has also developed their “Responsible Gaming Plan,” submitted to the Pennsylvania Gaming Control Board, which carries provisions for coordinating with the Pennsylvania Depart of Health in developing gambling addiction treatment strategies, providing signage with the appropriate crisis or support telephone lines for compulsive gamblers and educational programs for children and at-risk patrons.

Still, for veteran gamblers like Kearney, it appears more as a public relations move than one toward promoting responsibility. “I’ve seen every walk of life bite this apple,” he says. “From doctors, lawyers, priests, even me. But what you have to remember at the end of the day, is all that money they’re making, even if they say it’ll lower taxes or fund schools, that’s someone’s losses no matter how you spin it.”