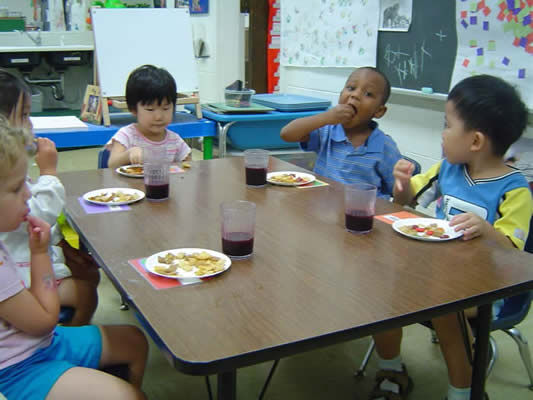 Layoffs, budget cuts, home foreclosure, bankruptcies, bailouts—adults from every corner of the country are feeling the sting of the current economic turmoil. And now the country’s economic woes present a new problem. Law enforcement officials nationwide are concerned that the economic recession may lead to increased incidents of child abuse, according to a recent survey conducted by the Child Welfare League of America.

Philadelphia Police Commissioner Charles Ramsey and top police officials from other major U.S. cities, including Los Angeles, Boston and Milwaukee, recently held a news conference in Washington to discuss the survey’s results. The survey found that 88 percent of officials interviewed strongly or somewhat agreed that increased stress stemming from the recession could or already has caused an upswing in child abuse and neglect.

The Sally Watson Center Crisis Nursery in Germantown was created for times like these. The center, located in the 5100 block of Wayne Avenue, provides innovate childcare service for parents in need of emergency childcare or simply a break from the demands of parenting.

“We say that it’s a crisis nursery because we want people to know it is available for crises, like the one we’re in now,” said Rhonda Johnson, the program supervisor at the center.

The Crisis Nursery is a free, round-the-clock child care service program available for children from birth to age 5 for parents who are in need of temporary child care but may not be able to afford the cost. Although the center has been in operation since 1990, employees admit that not many people are familiar with it and that most of its business comes by word of mouth.

Many of the workers at the center live in the community and, in part due to their efforts to get the word out, the center has become known for the high level of care and concern shown by the caregivers.

The average stay for a child at Sally Watson is between 15 to 18 days, and on any given day, you can find about 15 children in daycare and around six overnight. Johnson says that among typical families who use the program are parents who may have to go into the hospital for some time but may not have family members available to watch their children. But others in drug treatment, mental health programs or without homes use the nursery as a safe place for their children. However, there has been increasing usage of the center due to recent job losses and pay cuts for parents who can no longer afford childcare.

“My son has been staying here for the pass couple of weeks because I was laid off from my job,” said Jackie Morton. “I am so glad there is a place like this in this neighborhood.”

The facility is operated under Youth Services Inc. and one goal of the program is to prevent child abuse by offering respite care for struggling families.

“Any parent needs a break from child-care responsibilities,” said Laurien Ward, executive director of the organization. “But families who are battling poverty, maybe domestic abuse or just a chaotic home life with no real support systems, are truly at risk.”

The idea is that if parents know there is a safe, caring place they can take their children before being pushed over the edge, the incidence of child abuse will decline.

“It’s a very home-like environment here,” said Linda Wright, an employee at the center. “We try to make it comfortable for both the children and the staff.”

The program is 100 percent voluntary. To participate in the program, parents must provide immunization records and health insurance information. There are no income limitations or residency requirements. Support services provided at the nursery include parent education, family counseling, child development assessments and referrals for follow-up and ongoing assistance.

The nursery is funded mostly through private dollars and relies heavily on donations.

With the economy excepted to get worst before it gets better, the center will continue to help Philadelphia families.

Nicholas Gillette watched as fellow acrobats from the Almanac Dance Circus Theatre rehearsed complicated maneuvers a few feet behind him. “Steer whole heartedly into that,” he said. The “that” that Gillette is referring to is the love […]

In a city crawling with food trucks and fast food restaurants there exists an active, bustling community of health and wellness practitioners working towards changing social attitudes and health patterns in Philadelphia. Nutritionists, activist filmmakers, […]