It’s the second week of September and you know what that means don’t you? 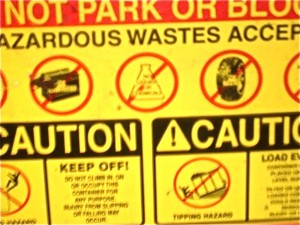 It’s just past the eighth anniversary of the Sept. 11 attacks, the peak of hurricane season and one week closer to the beginning of the ever-dreaded flu season.

Last week, Mayor Nutter and other city officials distributed emergency supply kits at the Target store on Castor Avenue to kick off a month-long series of emergency preparedness workshops and events around the city.

“The thought of being caught in a fire, flood, hazardous chemical release or other emergency can be frightening, but if people aren’t prepared, the results can be devastating,” Mayor Nutter said in a recent news release.

My definition of emergency preparedness: always carrying Band-Aids and tissues in my purse.

The U.S Department of Homeland Security officially declared September “National Preparedness Month” six years ago in conjunction with the launch of its national Ready America Campaign.

According to the Web site, the goal for 2009 is to “illustrate how preparedness goes beyond fire alarms, smoke detectors, dead-bolt locks and extra food in the pantry.” 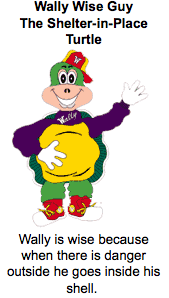 Or in other words, scare the bejesus out of people.

But Philadelphians are pretty tough folks. Living in a large city, we stare in the face of danger on a daily basis. So what types of emergencies do we really think are the biggest threat to our safety? And how many of us have actually taken any precautions to protect ourselves?

I decided to come up with a list of natural and human-made disasters and asked 20 people from around the city which one they’re most concerned about.

Despite being the most viable, fire or flood occurred to only three people. Instead, it appears Philadelphians are bracing themselves for something far more catastrophic.

Coming in at a tie with five votes each: a terrorist attack and a pandemic.

That being said, how many people in this city actually have emergency supply kits or know their neighborhood evacuation route? Since we seem to be fearing for the worst, are we really prepared?

At the age of 26, not only has he hitch-hiked the country twice and traveled from here to Chicago on his bicycle, but he spent a brief time training for the U.S. Coast Guard and four months as a surveyor in a national forest.

“I’ve had to live in the wilderness for months on end. So yeah, I’d say I’m pretty prepared,” Walsh says.

Not surprising, he does have an emergency supply kit equipped with about half of the recommended items listed on Ready America Web site, including a battery-operated radio, dust mask and help whistle.

“There use to be a firearm in there, but it has since been taken out,” he adds.

But Amanda Shawcross from Bridesburg says she doesn’t feel at all prepared for a disaster despite having stored dried food and canned goods in her basement nine years ago. 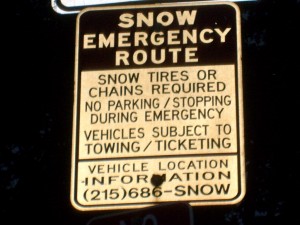 “I did stock up on stuff for Y2K but haven’t done anything since,” she says.

Now that she’s a mother of a young son, this quickly began to worry her.

“I would never forgive myself if it did actually happen and I had nothing for my family to eat,” she says.

Before the end of the interview, she was already making plans to rush to Sam’s Club as soon as possible.

“Ask me again right before December 2012–I will be probably be a crazy person then,” she says with a laugh.

For those of you starting to panic that your dinky first-aid kit just isn’t going to cut it in the event of a doomsday scenario, Walsh, the experienced adventurer, offers some advice. “I think basic survivalists kits everyone should have but I don’t think they should over-think it or be too paranoid.”

But in case you were wondering, the national threat level is currently “ELEVATED.”