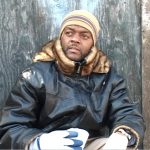 t seven men just hanging out and talking with each other. Many people assume that illegal activities occur in the alleyways of North Philadelphia, but these residents are just enjoying each other’s company.

“I’m here every day just hanging out with my friends, having a good time, because we’re family and we all stick together,” said Hank Rice, an African American man who has been living in this community for 15 years. Rice has made it his mission to make sure that no illegal activities occur in his community by chasing away any type of people associated with crime and drugs and he does that by offering his friends jobs. Rice claimed that he is the leader of the pack in this attempt to keep the Ludlow streets safe and clean.

“We don’t let anybody sell any drugs around here,” said Rice. “From here to Spring Garden you will see nobody selling drugs. Nobody.”

Rice helps keep the streets drug free primarily for the children growing up in the community. Rice graduated from Temple University with a degree in engineering in 1988. He has designed and currently owns 18 houses in the Philadelphia area.

He has a positive influence on Ludlow by running a day care center a few blocks down the street alongside his sister. He mentioned how he and his sister take the kids to the Franklin Institute, parks, arcades, amusement parks and other enjoyable places for the kids.

Felix Rodriguez, 23, has lived on Third and Master Street, and he also believes that the immediate community is fairly quiet without much illegal activity. Rodriguez said the one thing that there should be more opportunities for kids in the area by building more playground areas and activity centers geared towards kids. 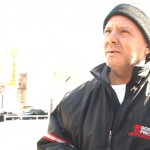 Felix Rodriguez and his brother, Glen, 21, are originally from Puerto Rico, but they moved to the area from New York. Glen Rodriguez enjoys doing certain things around Ludlow like playing football with some friends while Felix likes to play baseball in the park.

Both Rodriguez brothers work at the Department of Human Services on Arch Street, which serves as a secure temporary holding place for children who are lost or run away from their homes. Rodriguez said that these children usually end up at this Department because their parents are not qualified to take care of their own children.

“Most of the kids that we see picked up by the Department are from homes in other areas of Philadelphia where parents just don’t keep track of their kids,” says Felix Rodriguez. “This is usually because the parents are on drugs or just irresponsible.”

But according to Rodriguez, these types of parents do not seem to live around his immediate community.

“It’s good around here because everybody who came to these homes had plans to raise their children,” says Glen Rodriguez.

They both say that most families living around the area have been living on that block for many years. The Rodriguez brothers moved in 12 years ago, Henry Rice has been at his home for 15 years, and Edwin Gonzalez Serano has been in Ludlow for over 40 years.

Although most Ludlow residents believe that there is little use of drugs in the area, Tray Duffy, who lives across the street from the Rodriguez brothers, is a bit more skeptical.

“When you see the same people hanging out all of the time, it doesn’t take too long to figure out what houses might be suspect.”

Duffy is a bike salesman in Abington, Pa. He moved to Ludlow about six years ago with his wife, his daughter and his two cats. Duffy said that his wife knew had a friend who lived in the Ludlow community and basically recruited his family to move. 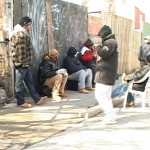 They might have various backgrounds and they might differ on things such as drugs, but in the end they all agree that Ludlow is a place for family. They all do things together whether it’s to have fun or to do work. Rice led the charge to shovel the 78 inches of snow that fell in Ludlow so far this winter, but he could not do it himself. He needed the help of his friends in the community.

“Everybody gets along around here because it’s just like one big family,” said Rice.

Duffy said, “It’s comfortable here in this community. Once people realize that you live here and you talk to them for a little bit, they just treat you like another guy.”

Rodriguez agreed. “A lot of people grew up in this community together,” he says. “We’ve got each other’s back. We always stick together.”