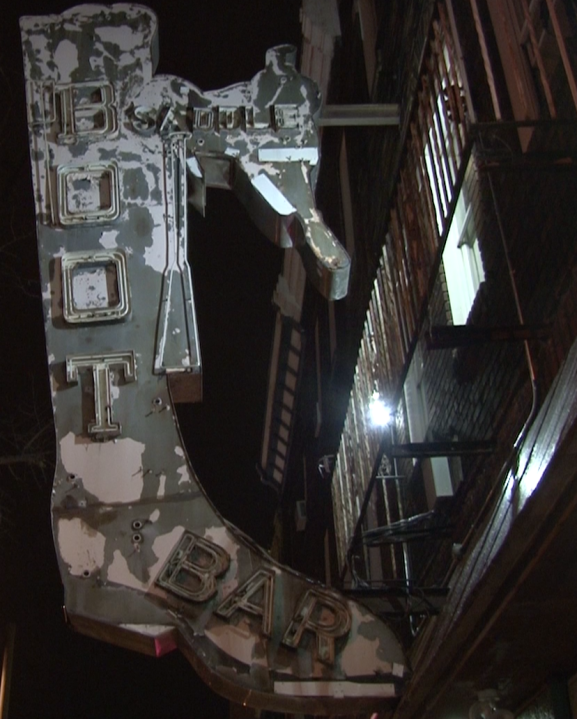 The once dilapidated bar that stood near the corner of Broad and Ellsworth streets has been newly renovated and causing quite a buzz.

Under a partnership of Sean Agnew’s R5 Productions, The Bowery Presents and Four Corners Management’s Mark Fichera and Avram Hornik, the Boot & Saddle, a former country and western music venue that shuttered in 1995, reopened it’s doors on September 9.

Agnew, who also owns Union Transfer, said they wanted to create a smaller live music venue for concertgoers who desire a more intimate experience, while at the same time offering the sound quality that a much larger venue usually provides.

The 150-person capacity venue will feature a variety of local and national artists, ranging from indie rock and metal to punk and electronic. There will also be some live country music in an effort to retain a piece of the original country and western theme of the bar.

Some of their upcoming acts include LEIF, Strange Talk and Hayden. In the intimate space, artists and fans often connect.

“It was actually really cool because I was talking to this guy and found out later that he was the bass player in the band,” Logan McGeean said enthusiastically about her first experience at the club. “At other places you don’t get this kind of intimate vibe where everyone is just hanging out.”

Aside from the music venue, the renovated space includes a 60-seat restaurant and full service bar where beer connoisseurs can choose from any of their 10 rotating craft brews on tap. As for food, they serve up variety of gastropub-type selections like their house-ground turkey burger topped with smoked duck fat and pickled long hots on brioche and a roasted pumpkin and kale soup with ash cured ricotta.

The reopening of the Boot & Saddle has already brought more traffic into the neighborhood, which Agnew hopes will help stimulate local businesses.

“Ultimately, we would like to have this place be the cool go to spot to see live bands in South Philadelphia,” Agnew explained.

To find out future concert dates, visit their website.

Filing for bankruptcy in 2010, the Prince Music Theater at 1412 Chestnut St. did not vanish instantly but braced itself for a long goodbye. The Philadelphia Film Society recently finalized its purchase of the theater and [continue reading…]

Musicians, reenactors, dancers and neighbors joined together to celebrate a historic event: the abolishment of slavery. The 6300 block of Germantown Avenue was closed off for the Germantown Historical Society to stage its Juneteenth Festival. [continue reading…]

Every day, more than 200 adults with intellectual disabilities from across greater Philadelphia get out of bed and go to work in part due to the efforts of the staff at Programs Employing People. The program, which started [continue reading…]