The Northwest Philadelphia area includes the neighborhoods of Germantown, Manayunk, East Falls, Roxborough, Chestnut Hill, Mt. Airy, Fairmount, Ridge Avenue and West Oak Lane.  Within this large part of town, there are many places of interest and historical landmarks.

The photo above shows Germantown High School. It is the alma mater of Philadelphia celebrity Bill Cosby. It was set to celebrate its 100th anniversary in 2014 before the School District of Philadelphia closed the school at the end of the 2013 school year. The remaining students, who came from Germantown, Mt. Airy and Chestnut Hill, were moved to Martin Luther King High School. There was a history of a bitter and sometimes violent rivalry between these schools that extended beyond their sports teams.

The Chestnut Hill Business Association, situated in the same office as the neighborhood welcome center, covers the many commercial amenities of the neighborhood, including their restaurants, bars and small businesses that line the streets of the northwestern Philadelphia area. The association has more than 200 members and serves 125 businesses. 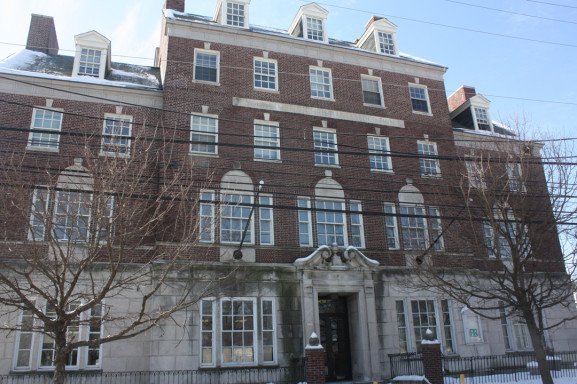 Just east of the neighborhood of East Falls and Philadelphia University, the Germantown YWCA was once a source of community enrichment, but experienced major structural damage when a pipe burst in the building in 2008, current executive director Maurice Walls said. The building lost its YMCA charter and let go of its staff before reopening as the Germantown Life Enrichment Center in 2010. Walls said business has been slowly building, and in the last year the center began operating at full capacity again. 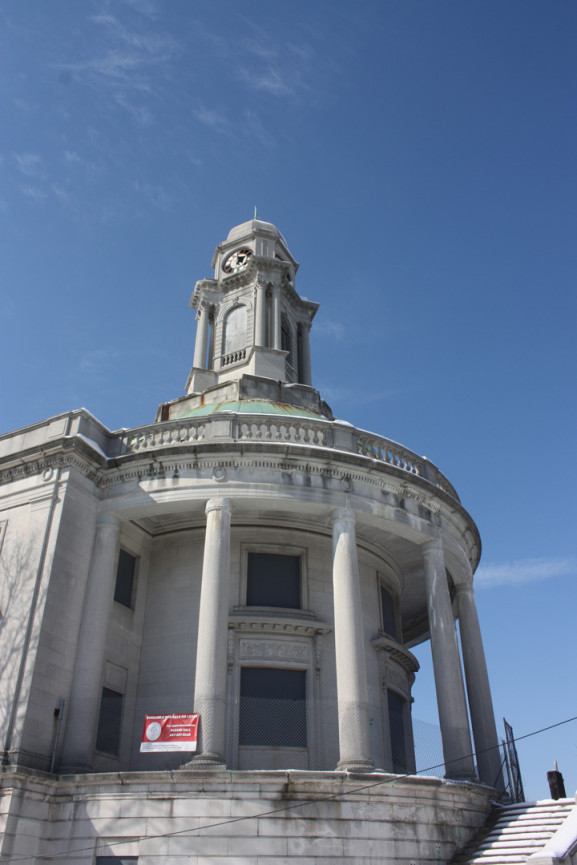 Near the heart of historic Germantown lays the old Germantown Town Hall, a relic of when the community was a separate entity of the city of Philadelphia.  The building, constructed in the early 20th century, is currently vacant.  After a variety of tenants and efforts by the local community to revive the historic structure, the building is currently for sale. 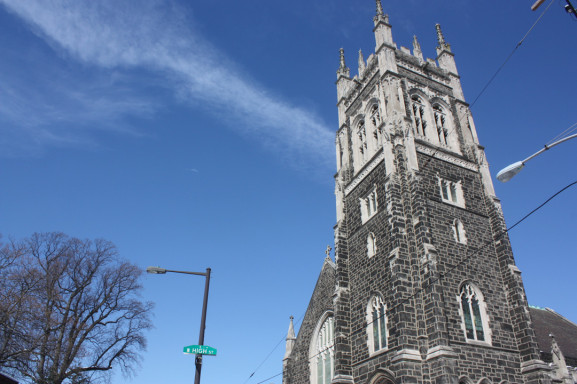 The First United Methodist Church in Germantown is one of the most historic congregations in Philadelphia. Founded in 1796, the church is an example of Gothic Architecture which stands out along the bustle of Germantown Avenue. Pastor Lorelei Toombs is a Temple alumna.

– Text and images by John Moritz and Brendan Menapace

Hideaway Music is a store located in Chestnut Hill that sells CDs, DVDs, vinyl, and vintage audio equipment. “I was looking for something else to do professionally,” said storeowner Brian Reisman, who opened the shop 13 [continue reading…]

Northwest: Five Small Businesses in Chestnut Hill That Stuck Through The Years

The stretch of Germantown Avenue that makes up Chestnut Hill’s main business district is home to many family owned and operated businesses. The Chestnut Hill Business Association represents more than 125 shops and restaurants in [continue reading…]