By this time next year more than 350 employees at the Northeast Philadelphia former Kraft plant will be forced to look for new jobs after a plan has been set in place to relocate all operations to other manufacturing facilities in New Jersey and Virginia.

Mondelez International, a Chicago-based global snacking powerhouse, announced plans to close the Philadelphia bakery in an online press statement last month. The company promises the move would save hundreds of other vital jobs and continue the expansion of new products.

“This investment in our North American biscuit supply chain offers us an exciting opportunity to further improve the overall effectiveness, efficiency and the competitiveness of our manufacturing network, with a focus on driving big bets and accelerating growth for the biscuit category,” said Cindy Waggoner, a vice president at the company.

In the press release, the company stated the reason for shutdown: “The site currently produces a limited number of core products. Other facilities are better positioned to support the company’s future business needs.”

Opponents have argued that the latest decision serves only in the interest of the company and its ongoing efforts to ship jobs to Mexico where wages are generally low.

State Representative Brendan Boyle, along with other elected leaders, has led a loud chorus against the plant’s shutdown and accused the company of exploiting workers for more profits. He pointed out that the international snack maker had made $54 billion last year.

“This is a corporate greed on steroids,” Boyle said. 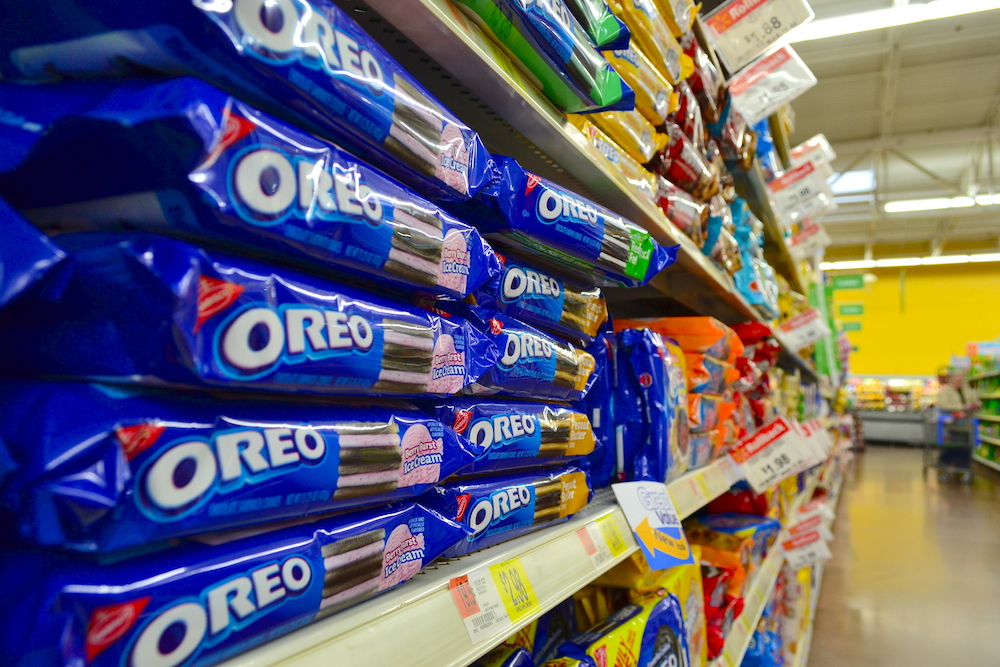 The bakery on Roosevelt Boulevard first opened in 1956 and has since gone through a series of name changes.  It continues to make a variety of cookies and crackers under the Nabisco brand. Among the many snack products manufactured at the plant are Oreos, Ritz crackers, Wheat Thins, Teddy Grahams and Chips Ahoy.

The history of the plant stretches almost half a century as the distinct building in the heart of the Northeast evokes memories and personal stories.

Patricia Brennan’s mother Helen Povernick, was among the first then-Nabisco factory workers whose job was to package by hand fresh crackers into boxes as they glided along the cooling conveyor belt.

“It helped us a lot as a family because she was our second income when my dad got laid off at the time. She was always there to support us.” Brennan said.

Brennan said her mother would often bring fresh crackers home from the factory and put them in her special cookie jar. The children weren’t allowed to open the jar themselves so they had to wait until their mother initiated the treat. Today, Brennan’s daughter keeps the Nabisco jar for sentimental reasons following Povernick’s death in 2011.

“[The shutdown] is a sad situation because there are so many people out of work now we don’t need more people not working,” Brennan said. “And if this had happened to my mother, it would’ve been a hardship on the whole family, which I’m sure it will be for many next year.”

Story and photos by Sergei Blair