After five successful weeks, the Passyunk Square Civic Association has announced it will continue its ESL classes as part of the community’s Spanish Translation Initiative. 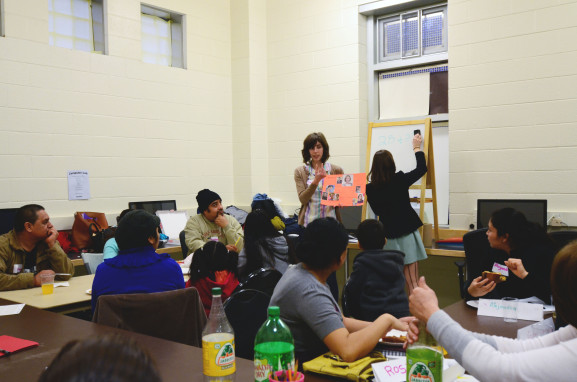 As a way to overcome the language barrier, the PSCA sponsored ESL classes from February 11 to March 11, 2014. The classes were held at Columbus Square Recreation Center on 12th and Wharton Street from 6:30 to 8 p.m. The cost of the five classes was $20, and PSCA offered babysitting services for children whose parents attended the class.

To keep the encouragement going, local business gift cards were given to those who attended at least four out of the five classes.  The local Acme also made donations by offering $15 gift cards.

In addition to city input, many members of the community have made large contributions to the Spanish Translation Initiative and are eager to contribute to the classes. Lisa Budwick, owner of Tenth Street Laundromat, sponsored five scholarships that she used to pay for five students to attend classes. Lisa also held an art exhibit in Passyunk that incorporated Mexican art and encouraged Hispanic residents to contribute their pieces.

The City of Philadelphia also gave a $3,000 grant to the civic association as part of the Initiative. 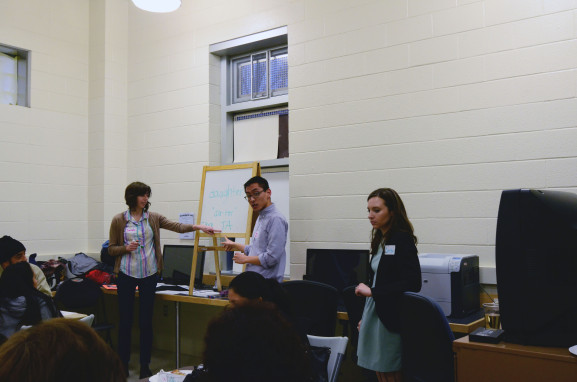 Chris Dicapua, PSCA’s parks liaison and outreach coordinator, is passionate about the Spanish Translation Initiative in Passyunk Square. He feels that the groups want a connection but the language barrier makes it extremely difficult. He created the classes as a way to gain access to the community.

The classes were beginner-level and focused on the basics. Dicapua has also translated the PSCA newsletter into Spanish so the Hispanic community can stay updated and have full access to the neighborhood’s news and events.

Due to the large turnout and positive feedback, the classes will pick back up in the coming weeks. Dicapua is thrilled about the success of the five-week program.

“It shows that we are sincere in our efforts,” Dicapua said. “We want to help the families assimilate and feel comfortable.”

Dicapua hopes to reach out to other ethnic minorities as well.  He plans to extend classes to the Asian community within the year.

All teachers in the program were volunteers and enjoyed helping with community outreach in their neighborhood. In class on Tuesday, March 11, students in the class gave feedback to Dicapua on what they have gained from the program and what they feel could be changed. The majority of the group gave positive feedback and said that they are eager to continue and move into intermediate-level classes.

The Parks and Recreation Center of Passyunk continues to try for additional scholarships for Spanish community members.