The Port Authority Transit Corporation (PATCO) station below Franklin Square Park has seen its fair share of closures and reopenings since the station was built in 1936. 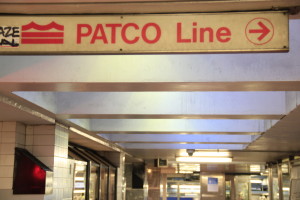 The station was only used for a few years and then closed until 1976, when it was renovated for the United States Bicentennial. It remained open until 1979, when PATCO, a subsidiary of the Delaware River Port Authority, closed it due to low ridership.

That lead to the decline of Franklin Square Park.

“There was a lot of dope and a lot of people living out here,” said Martin Wallace, a long-time visitor of the park.

Since then, the park has seen a rebirth. The park is now considered a family-friendly destination, attracting Philadelphians from all over the city, as well as many tourists.

Residents from some Philadelphia neighborhoods take long public transit routes to get to the park. They believe this station would help cut down on transportation time.

“I ride the trolley all the way down to the El, then I catch the El to 8th and Market and walk over here,” Malamba Chongolada said. “I don’t usually take the PATCO system but I think it might be easier.”

Some people believe there will be an environmental benefit to having the station reopen.

“I’m a big proponent of public transit, so anything getting more people into the city and reducing the use of cars is a good thing,” Laura Boyd said.

In 2009, PATCO announced plans to renovate the station below Franklin Square Park.  The entrance to the station however, remains filled with concrete, making the station inaccessible today. There has been no work done to the station since the announcement was made.

PATCO representatives did not respond timely to the matter, but said in recent interviews that ongoing equipment problems at other stations are causing the delay.

David Silver founded the Silver Basketball league back in 2007 with initial success. Three years later, he relocated to Vancouver for work, leaving a void in the league’s leadership. And in stepped Michael Carrier. Carrier, […]