Near the heart of Cobbs Creek Parkway lies a brutal scar of a block that holds much significance to the neighborhood.

Twenty-nine years ago, Philadelphia police dropped a bomb on a row house on Osage Avenue, which shook the community and took the lives of 11 people, including five children. This historical event is known as the MOVE bombing, which was the city’s tactic to stop the MOVE organization.

MOVE was a black liberation group that opposed many city policies and publicly fought against perceived injustices. MOVE was known for being anti-technology and anti-government.

Onamove.com, the official MOVE website, states the following about the organization’s stance on government:

“We believe in Natural Law, the government of self. Man-made laws are not really laws, because they don’t apply equally to everyone and contain exceptions and loopholes…Natural Law stays the same.”

Members display their independence by wearing “locks” as a hairstyle and by identifying themselves with the surname “Africa.”

MOVE organizers lived a communal lifestyle on the 6200 block of Osage Avenue in Cobbs Creek, where the bombing took place. 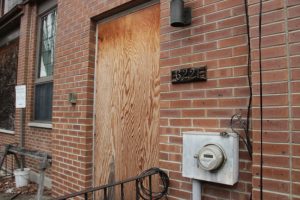 Because of the organization’s outward expression of rebellion against government and Philadelphia police, MOVE was considered a threat.

City officials evacuated residents from the blocks surrounding Osage Avenue, and used bullhorns to demand that MOVE members leave their home within a 15-minute time frame or other action would be taken.

When members did not come outside, officers resorted to deadly alternatives.

Ramona Africa, MOVE’s spokeswoman and the only adult survivor of the blaze, was in the basement of the home at 6221 W. Osage Ave.

“I didn’t hear it at the time, I heard a recording of it later,” Africa said of the police warning.

MOVE members did not let police inside their home, nor did they voluntarily leave the premises. Before the standoff came to a tragic end, police forced tear gas, water cannons and thousands of rounds of ammunition into the targeted home.

The most tragic of these events was when Philadelphia officials dropped a bomb onto the rooftop of the row house. The flames spread quickly, trapping victims inside.

After escaping the fire along with one child, Ramona Africa served seven years in prison for conspiracy and aggravated assault. Ramona Africa and Birdie Africa were the only survivors of the bombing at the house on Osage Avenue.

“We watched the helicopter and everyone was like, ‘What are they going to do?’ Boom! And my whole heart dropped,” he recalled.

Neighbors watched as the Philadelphia police let time pass as the housing units burned to the ground. Sixty-one houses were destroyed in the bombing, displacing 250 residents.

“They had every opportunity in the world to arrest us if they wanted to,” said Ramona Africa. “But that’s not what they wanted to. Their intent is to kill – to exterminate.”

This confrontation between Philadelphia police and MOVE was not the first of its kind. In April 1978, police surrounded MOVE headquarters in Powelton Village, where they were met with much resistance. Gunfire was exchanged, which ultimately led to the death of Officer James Ramp and the imprisonment of nine MOVE members.

It is still not clear whether the bullet that struck Ramp was from MOVE or the police unit.

Since her release in 1992, Africa continues to be an advocate for the release of MOVE members from prison.

The homes on Osage Avenue have since been rebuilt, but the construction was so poorly done that the city offered buyouts to residents. Today, there are only a few residents occupying the 6200 block of Osage Avenue. Many of the homes are bordered up and vacant. Those empty spaces are now property of the city of Philadelphia.

Birdie Africa died in September 2013 due to a drowning. Birdie, who later changed his name to Michael Ward, was the only child to survive the bombing and suffered third-degree burns.

No one from the city was ever charged.

– Text, images and video by Joie’ Johnson-Walker and Chelsea Koerbler 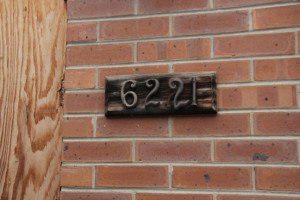