There’s a lot going on inside Hector Mendoza’s head. But you might not realize exactly what’s happening in there if you’ve only ever seen him behind the counter of Second Street Brew House.

Mendoza is an artist who has been creating drawings, paintings, photos and sculptures since childhood.

“I haven’t sold anything in a couple years,” Mendoza said. “My day job at the Second Street Brew has been my bread and butter. It affords me decent art supplies, which can get really expensive.”

Mendoza, 29, has lived in Philadelphia for five years. He came here from El Paso, TX, which he described as “one big strip mall spread out over a lot of nothing.” Since arriving in Philadelphia, he has moved nine times, mostly around Pennsport and other South Philadelphia neighborhoods.

Mendoza’s childhood ambition was to create something to freak out his mother.

“My mom was just kind of like, ‘this looks like a demon, this looks awful,’ and that was kind of the inspiration. Like, alright, let’s make it look worse,” he said. “How ugly can I make this look? My mom always told me that this was just a hobby, you’ll never make money doing this, you should go to law school. But based on that I want to make it my profession.”

Lately, Mendoza has been focusing on writing, but some of his most striking works are his sculptures, many of which double as incense holders. He also did a yearlong stint sculpting small heads for a toy company, aided by the skills he picked up in special effects school.

“I still do a lot of sculpture but it eats up a lot of time,” he said. “Sometimes I spend 60 hours on one sculpture. It’s hard to do that when you’re working five days a week, too.”

Like many artists, Mendoza has a day job as a bartender and pursues his passion in his free time.  But for some enterprising artists, there is money to be made in South Philadelphia.

Lee Schnelle of Awesome Dudes Printing initially set out to study drawing and painting but picked up graphic design to improve his job prospects.

“I originally wanted to go to school for drawing and painting but I realized you couldn’t make a lot of money as a visual artist,” Schelle said. “I switched to graphic design, which is more commercial art.  After four years I got a degree that was actually useful and so I was able to turn it into profit.”

Schelle started as an intern at Awesome Dudes, located at South Sixth and Reed streets, and eventually landed a job there. The print shop has been doing well, especially since business begins to pick up when the weather begins to warm and bands start touring again.

“We’ve mostly done shirts for bands and bars,” Schelle said. “We do a lot of band shirts in the spring when they’re preparing for tours. It’s cool to meet the bands.”

Schelle has created and printed some of his own designs, which hang on the wall of the shop. He noted that shop employees could use the space as a studio to create their own prints. 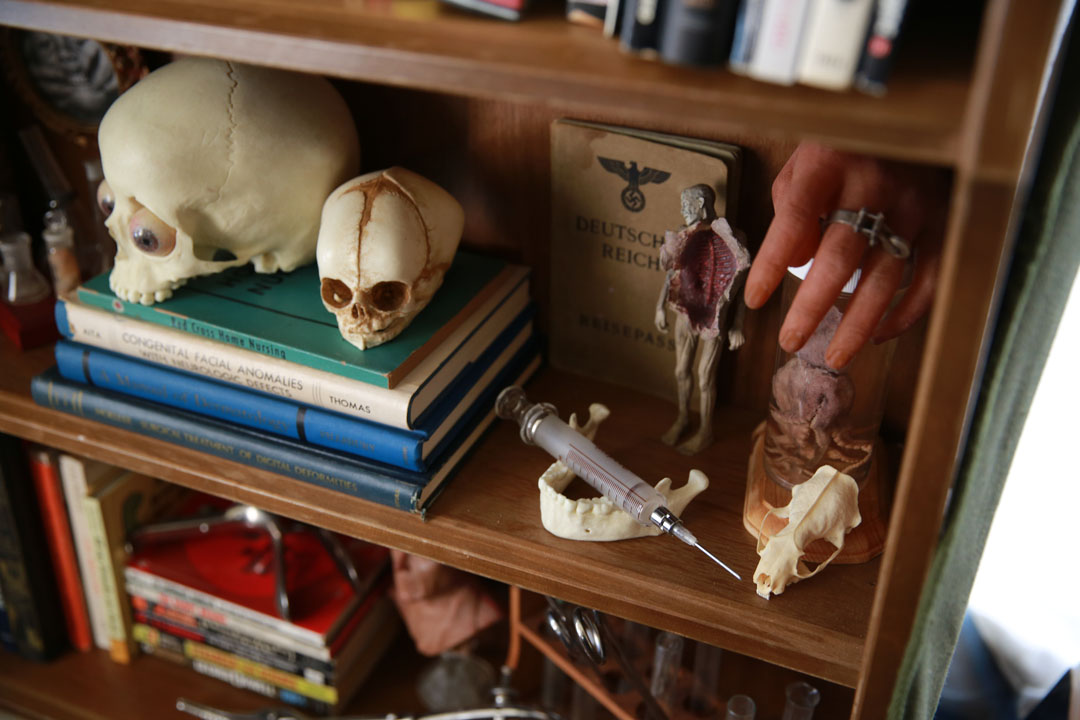 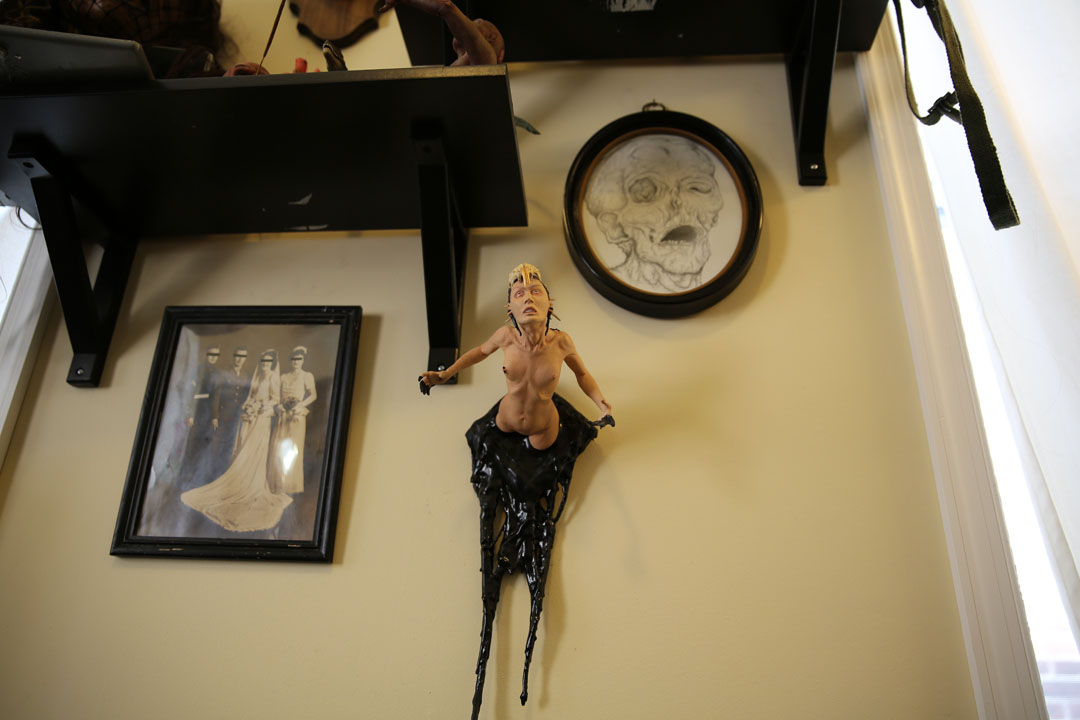 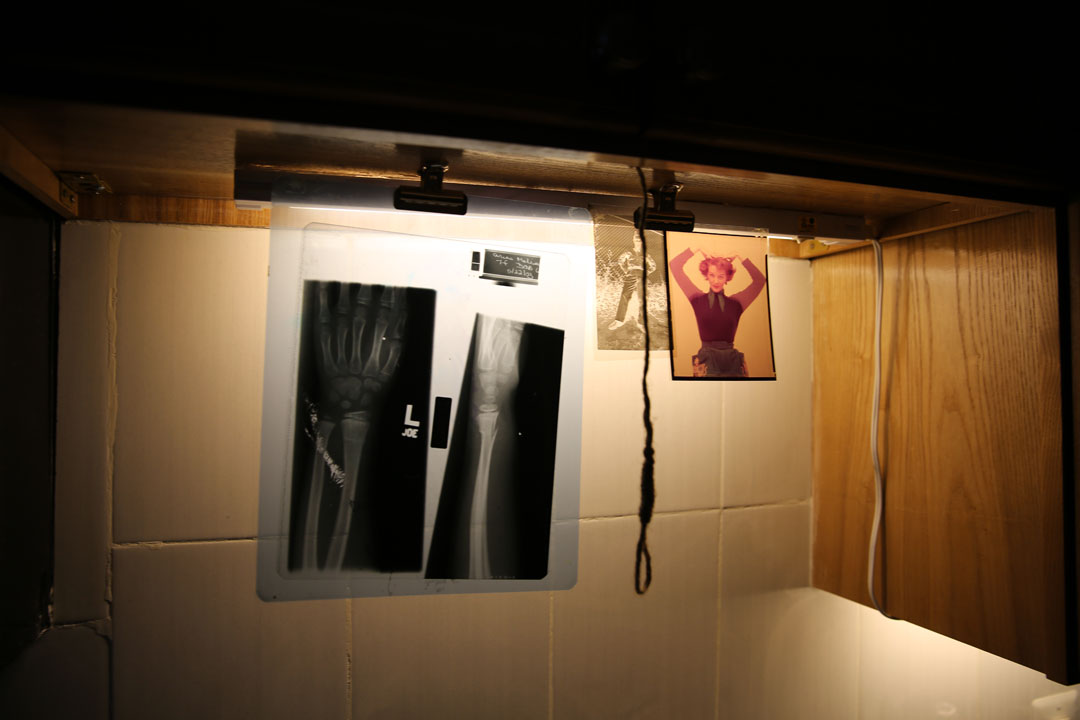 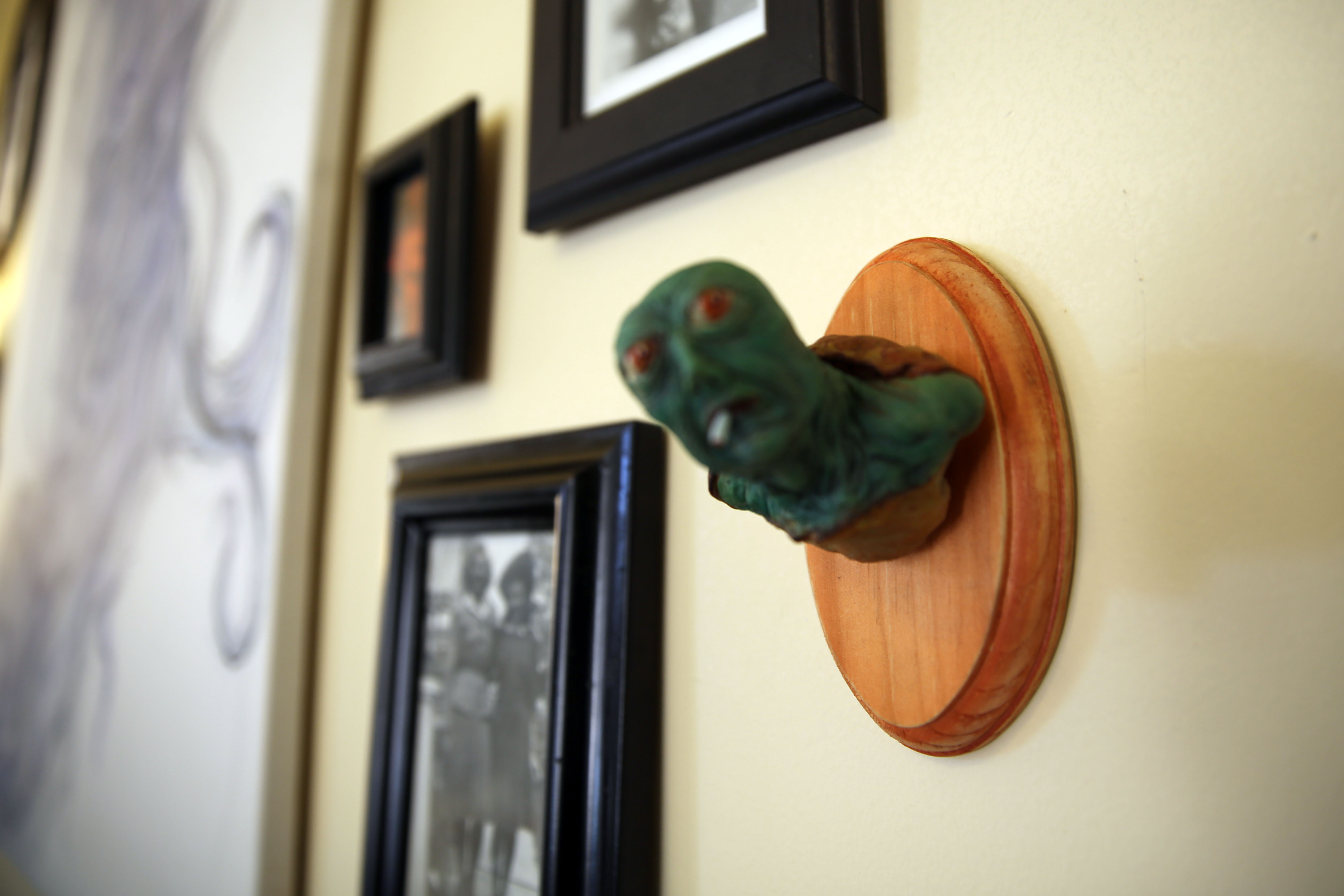 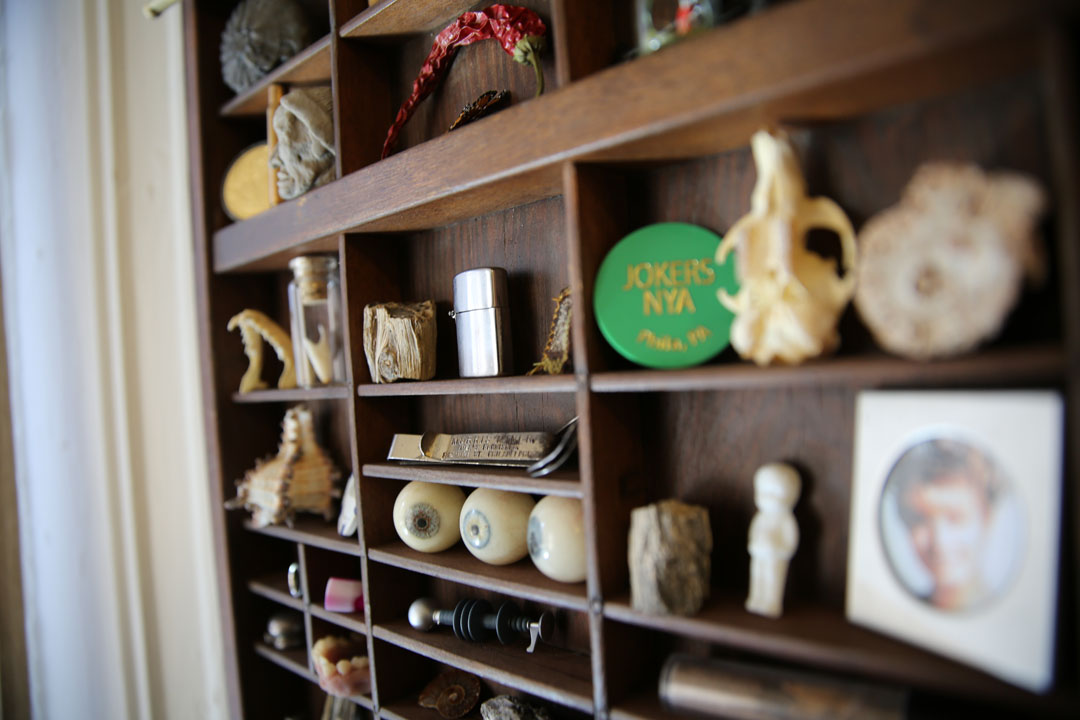 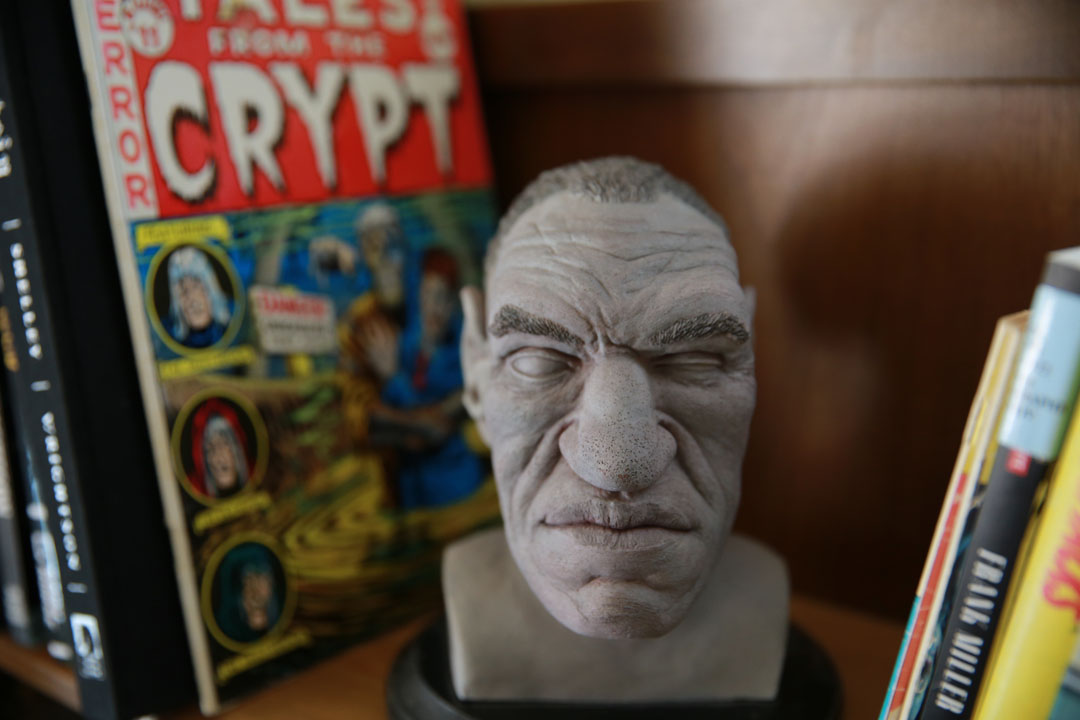 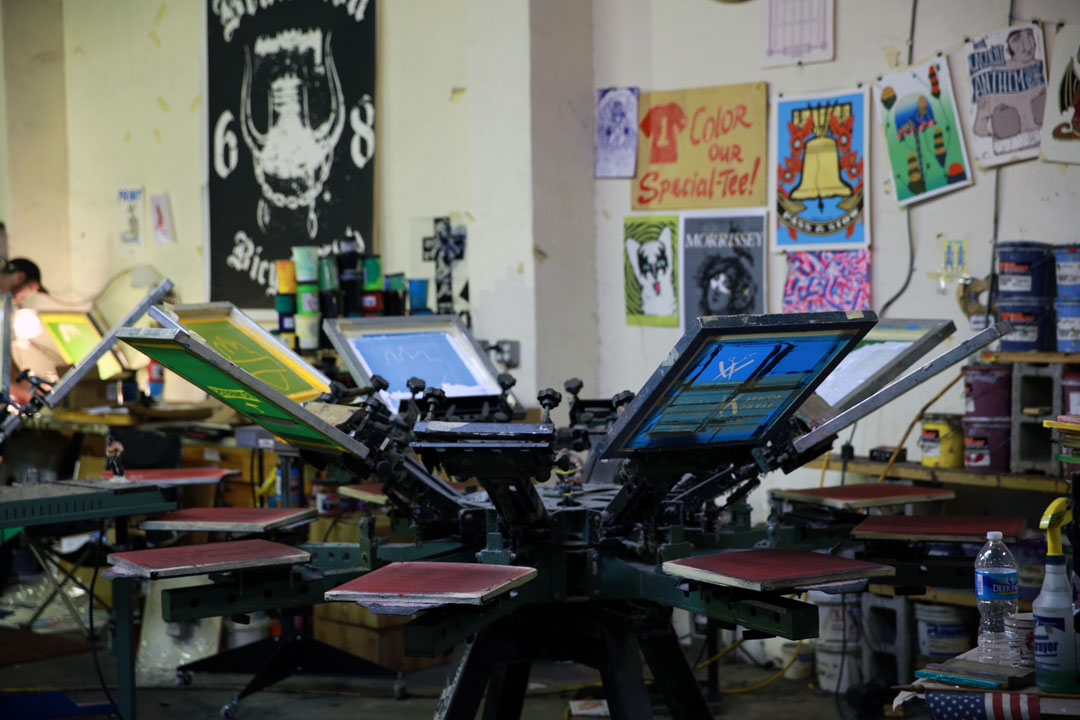 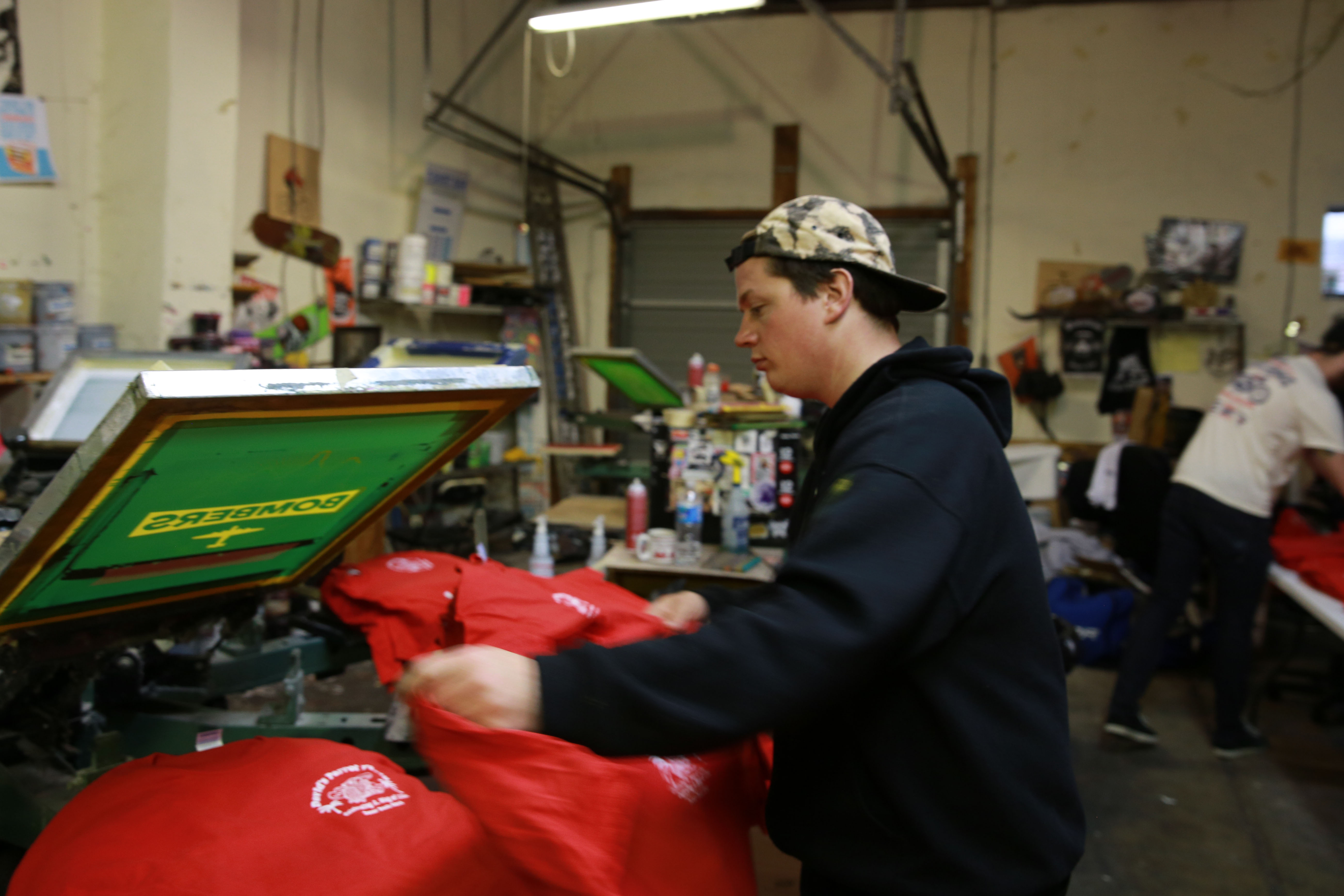 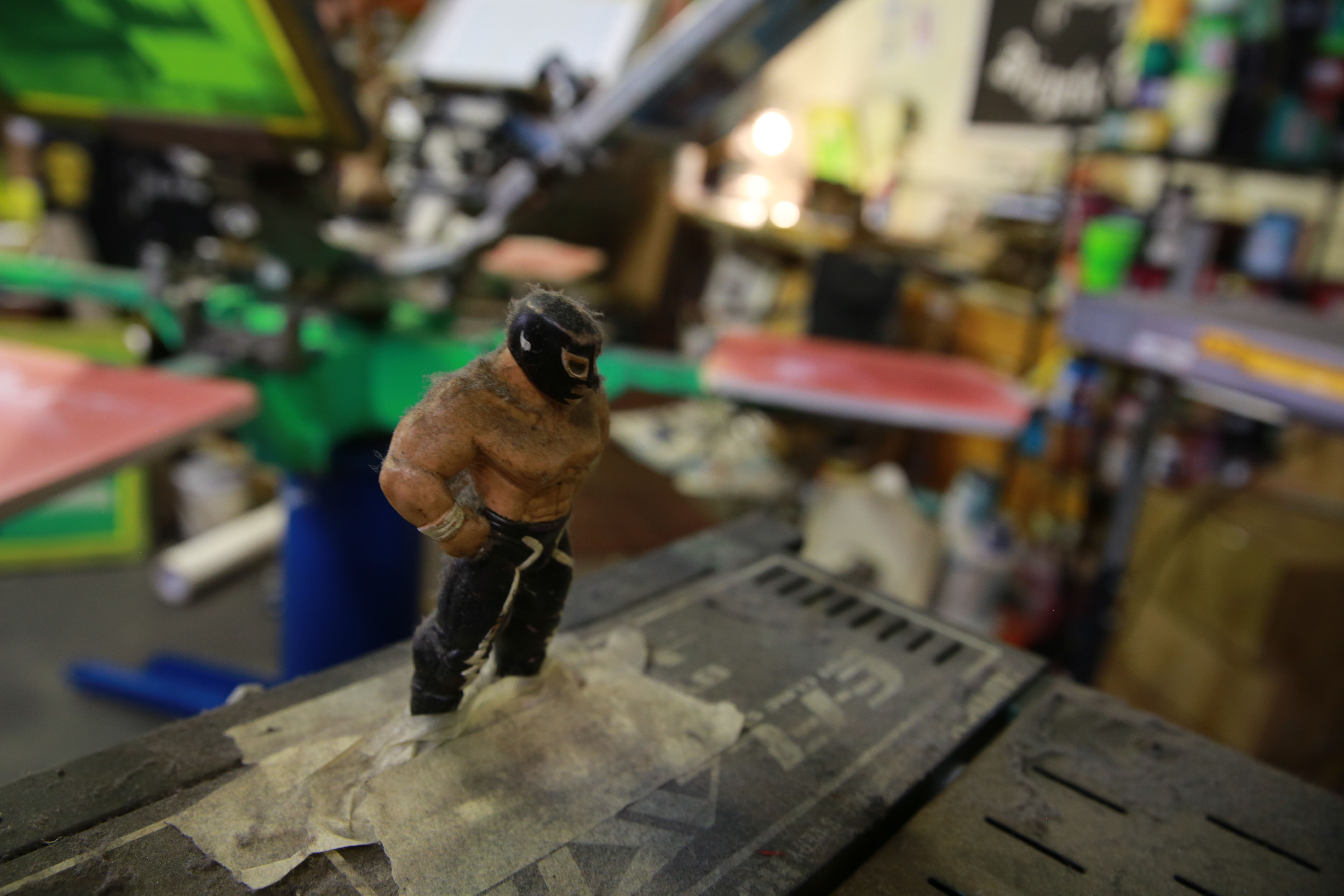 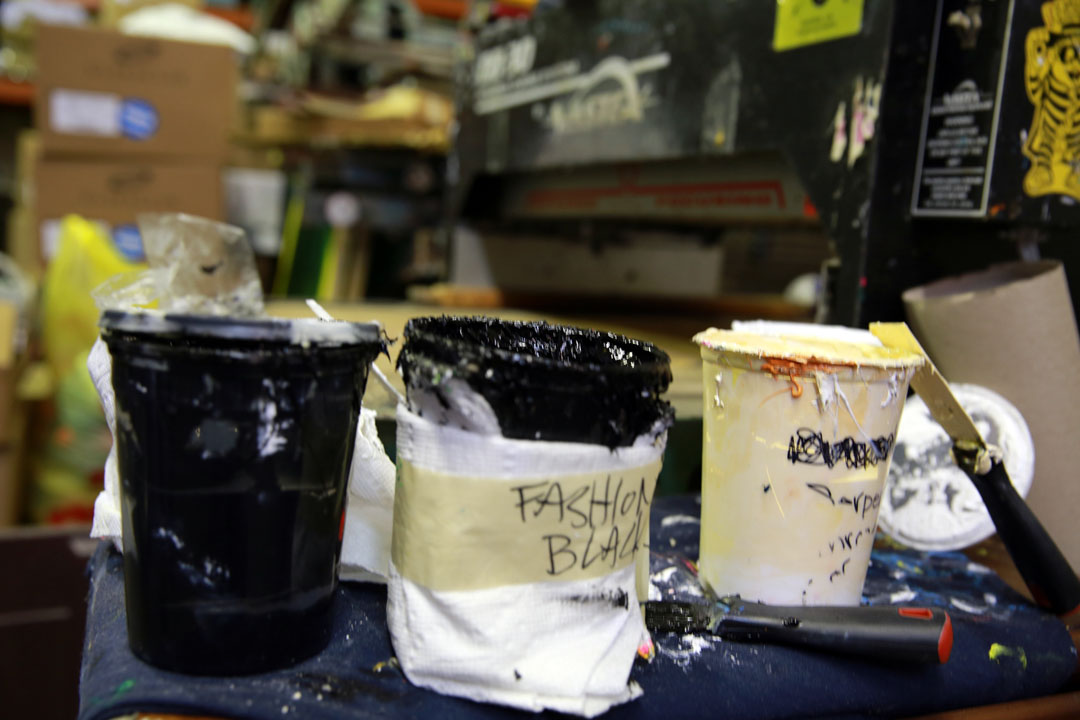 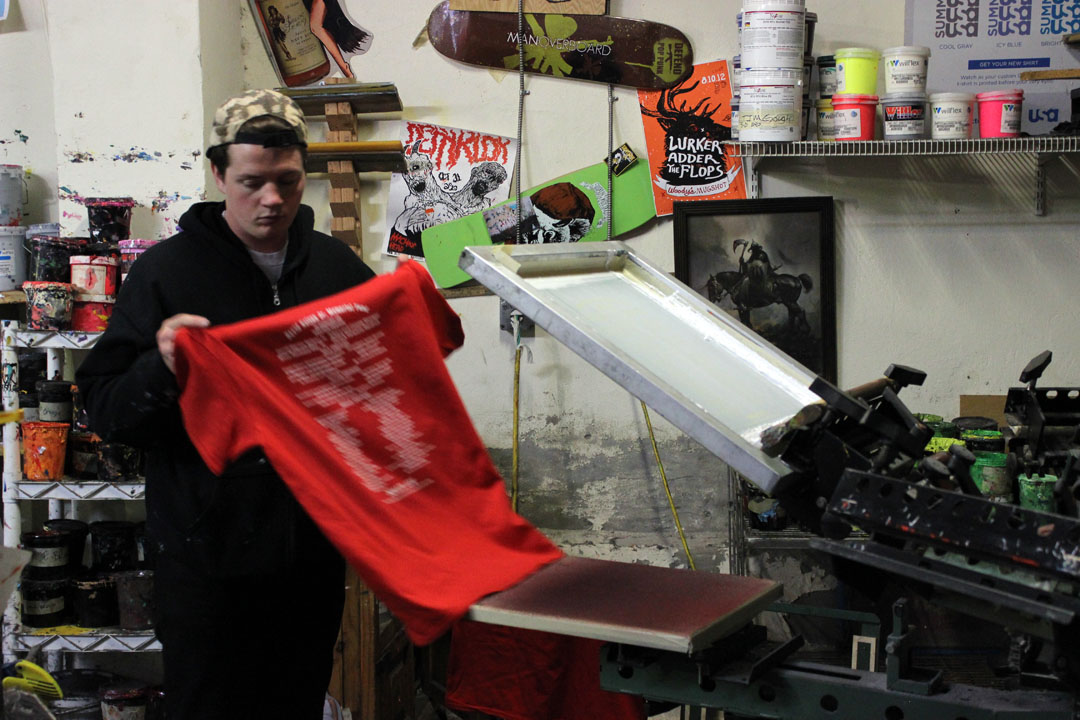 <
►
>
"I pulled these buttons off a dead guy at work. I used to work in a restaurant and this guy died in the waiting area. He was old, like in his 80s. The paramedics came and ripped off his shirt and the buttons went flying and I picked them up afterward. They’re like, my prized possession." --Hector Mendoza

The common denominator between these two artists is passion. Both men have made strides towards their goal of making a living by doing what they love: creating art.

“Initially my goal was to get to this point, to be able to afford my own studio, a place where I could work and make a mess,” Mendoza said. “Eventually I’d like to maybe have my own warehouse.  I’d like to be able to live solely off of what I’m making.”

– Text, video and images by Nina Lispi and Eddie Durkin

Fairmount: Art in the Open Event Allows Artists to Draw Inspiration From Nature

In its second year, Art in the Open offered local artists the chance to showcase their work along the banks of the Schuylkill River, as well as provided visitors the chance to partake in the [continue reading…]

Bangarang is making a name for itself in Philadelphia’s subculture community. As an art collective, Bangarang is a group of various types of artists who have a common goal of  promoting and supporting artist expression. In order [continue reading…]