On a quiet, tree-lined block just off of 48th and Spruce streets, patrons of the University City Swim Club scuffled by last week in sandals with swim towels clutched to chests, tote bags over their shoulders. Kids in baseball hats scampered too far from their parents, leaving whiffs of sunscreen trailing behind. Dads clutched newspapers and moms held novels. The breeze was nice and it just seemed like another sunny day at the urban area swim club.

But fifty years ago, this place was making serious noise.

Amidst the heat and contention of the Civil Rights Movement, the University City Swim Club opened its doors as a desegregated facility in the middle of the summer of 1964. The founders, led by Dr. James Cox, succeeded in convincing 300 families to financially commit to a vision that many—including most banks—considered a farce. Families in support of the pool’s opening put down $300 (the equivalent to $2,000 today).

It was groundbreaking during an era of mostly segregated swim clubs. The club’s founders wanted the pool to be just as racially integrated as the neighborhood—a club where black and white families could socialize freely. Unlike sports such as baseball, swimming was one of the last public activities to be integrated due to its innate intimacy. Some swim clubs located as close as West Chester opened their pools to African Americans only before drainage on the last day of season. During a time when some pools were closing under the assumption that different races would refuse to swim together, the UCSC was founded by a group of neighbors and individuals who wanted to have a place where they could all be together.

In the late 1990s, the needed renovations brought forth financial struggles as board members scurried to keep the pool up and running. When it re-opened in 2005 after a full reconstruction, discouragement within the community caused by past complications gave way to weak initial membership. Ten years later, however, a waiting list of two years holds families back from the bustling swim club.

“We’re set for the next couple years,” says Nancy Drye, special assistant to the board.

Today, the UCSC, a nonprofit organization, is composed of 450 member families (close to 1,500 individuals) and continues to pride itself on its diversity and volunteerism. The swim club has movie nights, party reservations, cookouts and swimming lessons.

Open until ten p.m., the pool receives occasional noise complaints. Most, however, arise from the tricky parking situation in between 48th and 49th streets. 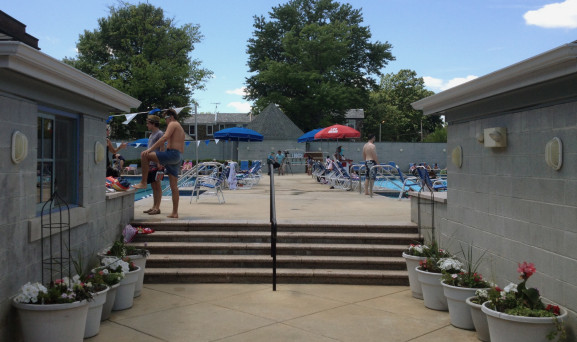 The club is considering obtaining more space by possibly adding a second floor. In honor of its 50th anniversary, the club recently underwent locker room renovations to replace original equipment and plumbing.

Drye says that young families are the UCSC’s main constituents.

“The thing I hope is that the Philadelphia public schools get well,” she said. “If the Philadelphia schools don’t get better than what they are now or get out of this crisis mode, then young families will choose not to live in the city.”

– Text, images and video by Kevin Deegan and Mike Talvacchia

[vimeo 59468918] The Lam family took a chance. They pooled together their money to open a restaurant, named Saigon Cuisine, and entrusted two brothers, Then and Len Lam, to make it successful. “We know we can [Read More]

With nearly 200 submissions, the University of Pennsylvania’s first AppITUP challenge is giving consumers the opportunity to create the next big mobile app themselves. AppITUP is the brainchild of Karina Sotnik, a consultant for business [Read More]