More than a dozen men, arms linked, spanned the Pennypack Creek. They trudged through the murky water looking for the body of a Father Judge High School student.

The boy, Nicky Simonetti, 14, went missing two days earlier after he dove into the creek to save a friend, who had fallen over the waterfall created by a dam. That friend, Chris Busse, 15, was found dead 20 minutes after the incident. Simonetti’s body was more than two miles downstream snared in a tree limb. His father and stepfather found him. That was July 1996.

“Neither man has ever been the same since,” said Beth Simonetti-Gallelli, Simonetti’s mother.

Despite the fact that swimming in the city creeks is illegal, the City of Philadelphia does not keep data on how many drowning incidents occur there. Research by the Daily News put the number at about 17 over the course of 20 years.

Yesterday, a drowning was reported in Tacony Creek, adjacent to Pennypack. Philadelphia police were called for a person in distress at about 5:50 PM. Rescuers reportedly pulled the teenage victim from the water and transported him or her to a nearby hospital where they were pronounced dead.

“You can say about one a year,” Simonetti-Gallelli said.

Simonetti-Gallelli said the city and the community need to do more. Others agree.

“There are not enough rangers in the parks,” said Elsie Stevens, the president of nearby Holme Circle Civic Association. “I know there’s not a lot of money around but maybe we can use intern rangers.”

Stevens recently began a series of informational sessions at local schools to warn the kids before summer break.

“Education only goes so far though,” Stevens said. “We need more signs and the signs at Frankford and Solly should be in Spanish.”

Stevens said a lot of folks from the Spanish speaking neighborhoods take SEPTA’s 66 bus to that location.

Simonetti-Gallelli would support a totally different kind of sign that transcends language.

“I’d like a tombstone down there with all the kid’s name’s on it,” Simonetti-Gallelli said. “You could leave a place at the bottom that says, ‘If you want your name here go ahead and swim in the creek.’”

A Mother’s Pain and Warning

Simonetti-Gallelli worries kids may not fear the physical danger enough. So after learning about the bacteria in the water she developed a back-up plan.

“The water there is filthy,” Simonetti-Gallelli said. “There’s human waste, dog droppings, dead deer and car parts. All of it will make you sick. Why would you want to swim in that?”

She says all of the men who searched for her son became ill shortly thereafter.

Dr. L. Stewart Barbera, M.D., F.A.A.P., a local pediatrician in practice since the 1960s, concurs. He points out bird waste is also problematic. He considers about 28 diseases as possibilities from contact with the water.

“There’s a whole host of diseases that can come from the water,” Barbera said. “Anthrax can be distributed through the water, legionella, E.coli, campylobacter, just so many.”

“Hepatitis E can come from there too,” Barbera said. “Another bad one is Haverhill Fever.”

Hepatitis E is commonly transmitted via the fecal-oral route. Haverhill Fever is also known as “rat-bite fever,” but does not have to come from actually being bitten by a rat.

Barbera’s practice sees a few water-related cases each day in the summer.

“Sometimes it’s just swimmer’s ear, which can come from a pool too, but we look for West Nile Virus and parasites like giardiasis and cryptosporidiosis.”

Most cases can be treated effectively with antibiotics. But the extreme cases can lead to meningitis and pneumonia, both of which have potential to cause outbreaks among other people.

The Philadelphia Water Department (PWD) has studies that track fish populations. One disturbing aspect is the loss of fish that do not tolerate pollution well, coupled with an increase in fish that do tolerate dirty water.

“The shift in the composition of the Pennypack Creek fish community is likely due to increased habitat degradation and diminished water quality,” reads the “Pennypack Creek Watershed Comprehensive Characterization Report” from PWD.

The monitoring station closest to the dam indicates an increase in fecal coliform over time.

“Site PP340 (Pennypack Creek at Rhawn St.) was the only site in which modern mean fecal coliform concentrations were significantly greater than historic values,” the study reads.

Simonetti-Gallelli also understands the limits of convincing kids who believe they are invincible.

“Kids will be kids,” Simonetti-Gallelli said. She said the ultimate move is to remove the dam.

Pennypack creek had several dams due to the amount of mills nearby and to mitigate flooding problems. But since the mills are gone and the flooding issues are addressed in other ways most of the dams have been removed.

Stevens said Councilman Brian O’Neill’s office is working on funding to that end. Part of the problem is PWD pipes under the dam. The other is the difficulty in getting heavy equipment to the site, which can only be accessed by small roads designed for bicycles.

Some folks worry about the dam removal hurting fishing. Chris Lamplugh takes his family to fish in the creek.

“One of the problems if you take down the dam, it brings down the water level a lot,” Lamplugh said.

But a study by the Philadelphia Water Department concludes the opposite may be true.

Dams can block the passage of fish…from passing through [and] can also create backwaters resulting in…depleted oxygen conditions, according to the study.

“I saw one sign up there posted but maybe more you know,” Lamplugh said. “Because if you look up there near the bridge there is one sign posted ‘No Swimming’ but that’s the only one I see.”

“It’s sad, it really is,” Lamplugh said. “[Boyle] was from Rhawnhurst. So…a few people knew him that I knew so it was really tragic.”

In the meantime, Focht has some advice.

“Swimming in creeks and streams in the City of Philadelphia is illegal,” Focht said. “We encourage users of all ages to adhere to the law for their own safety. Parks & Recreation offers 70 swimming pools throughout the city, which are open free of charge to all for a safe and fun experience.” 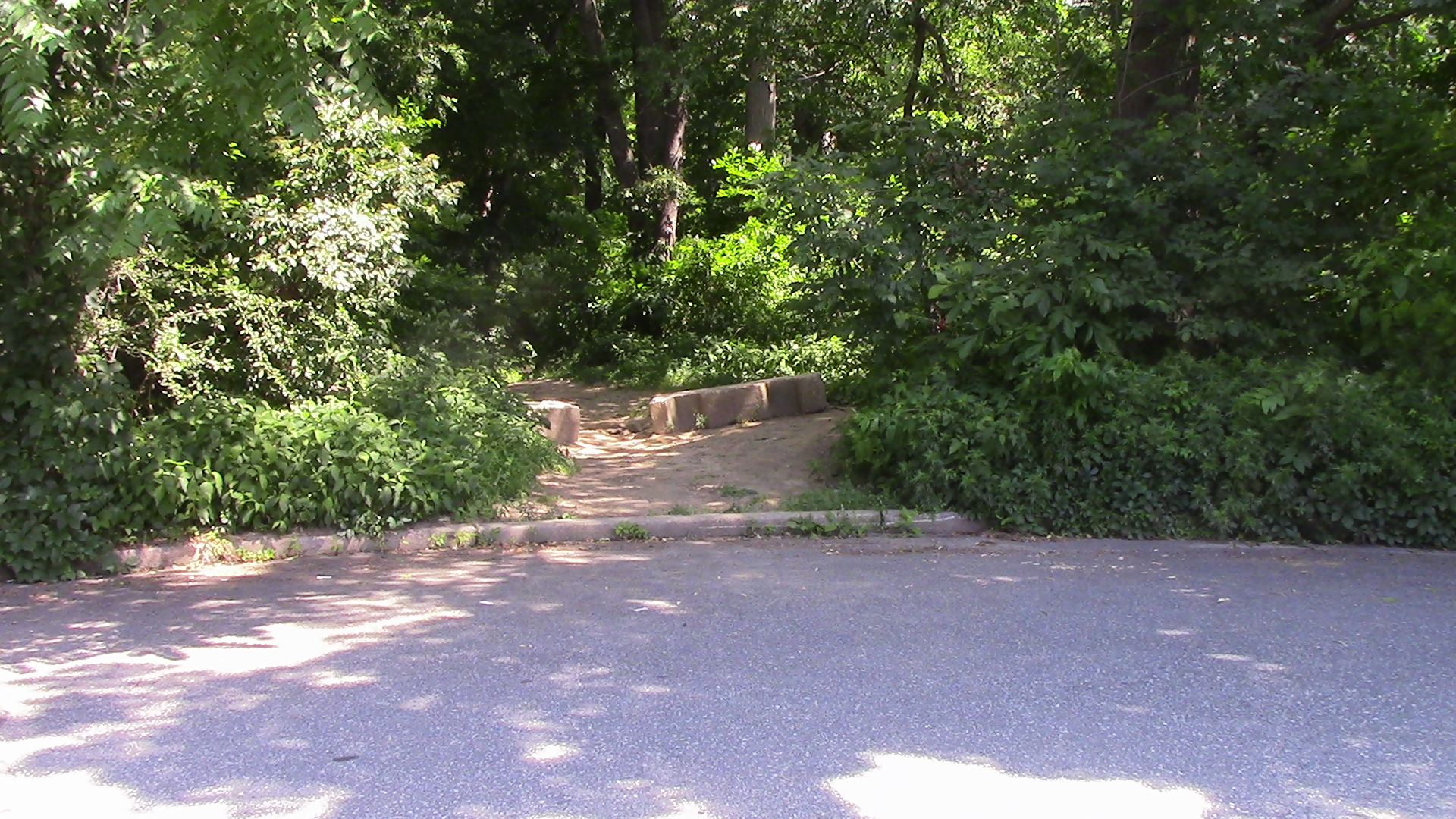 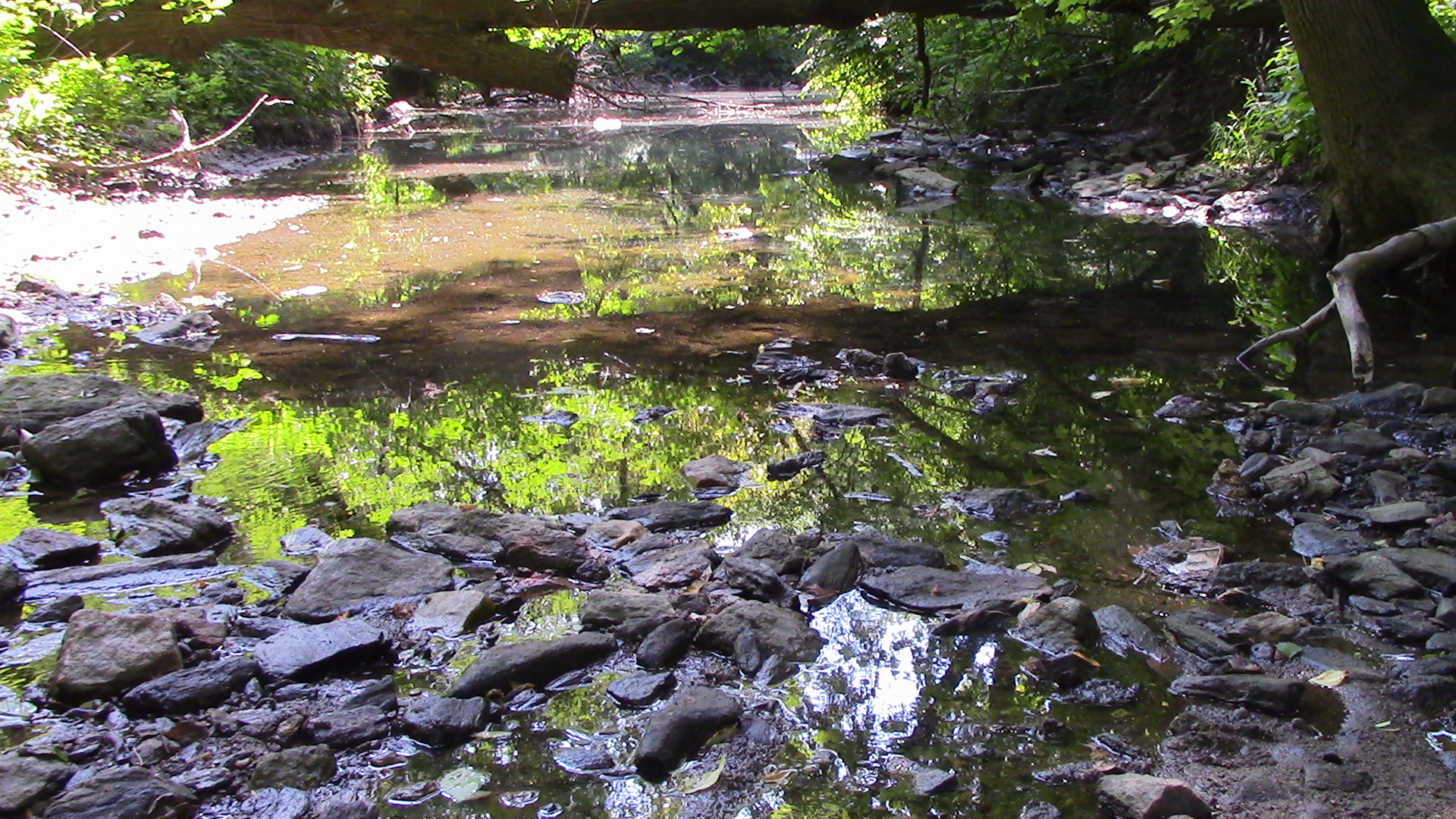 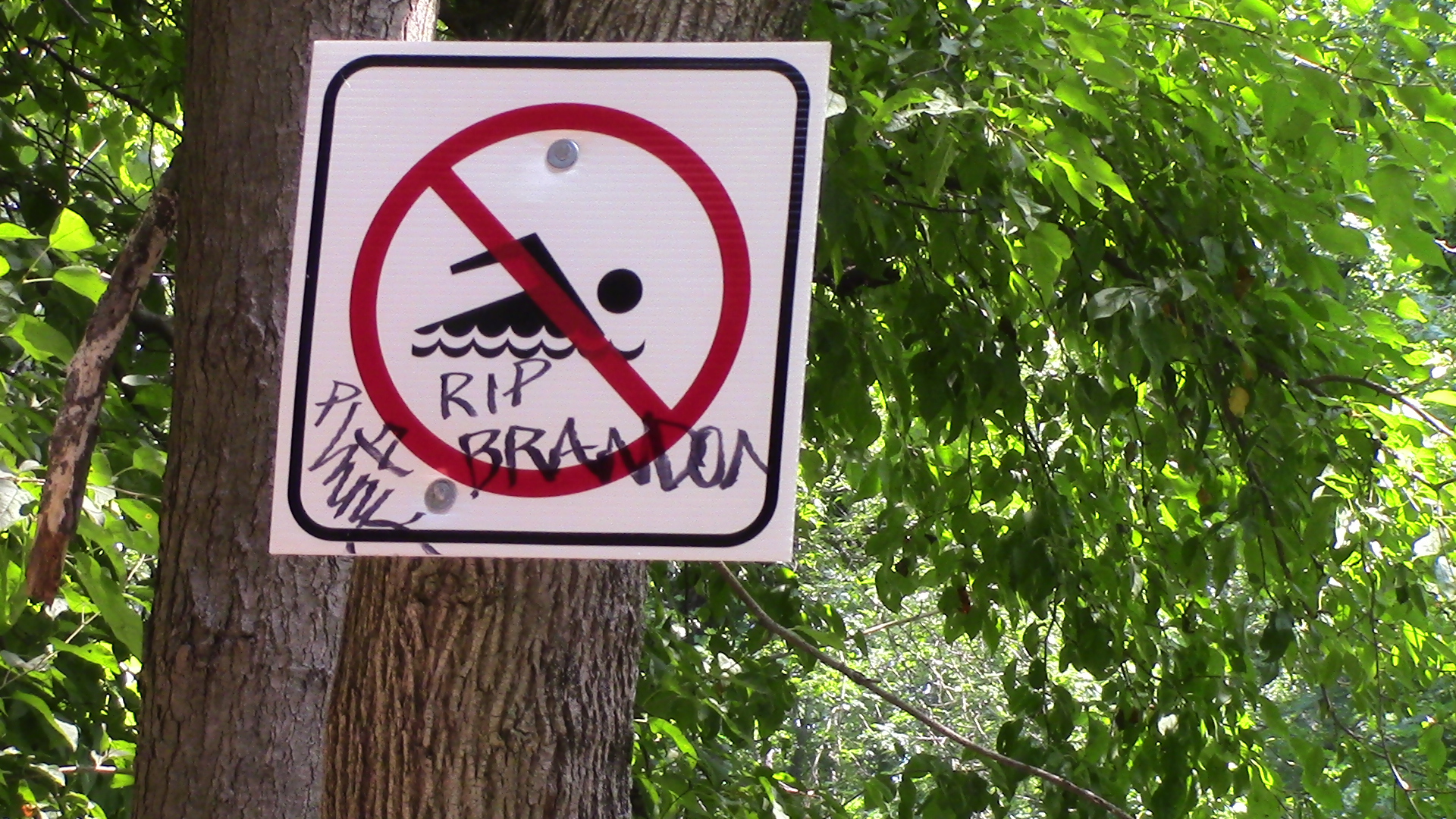 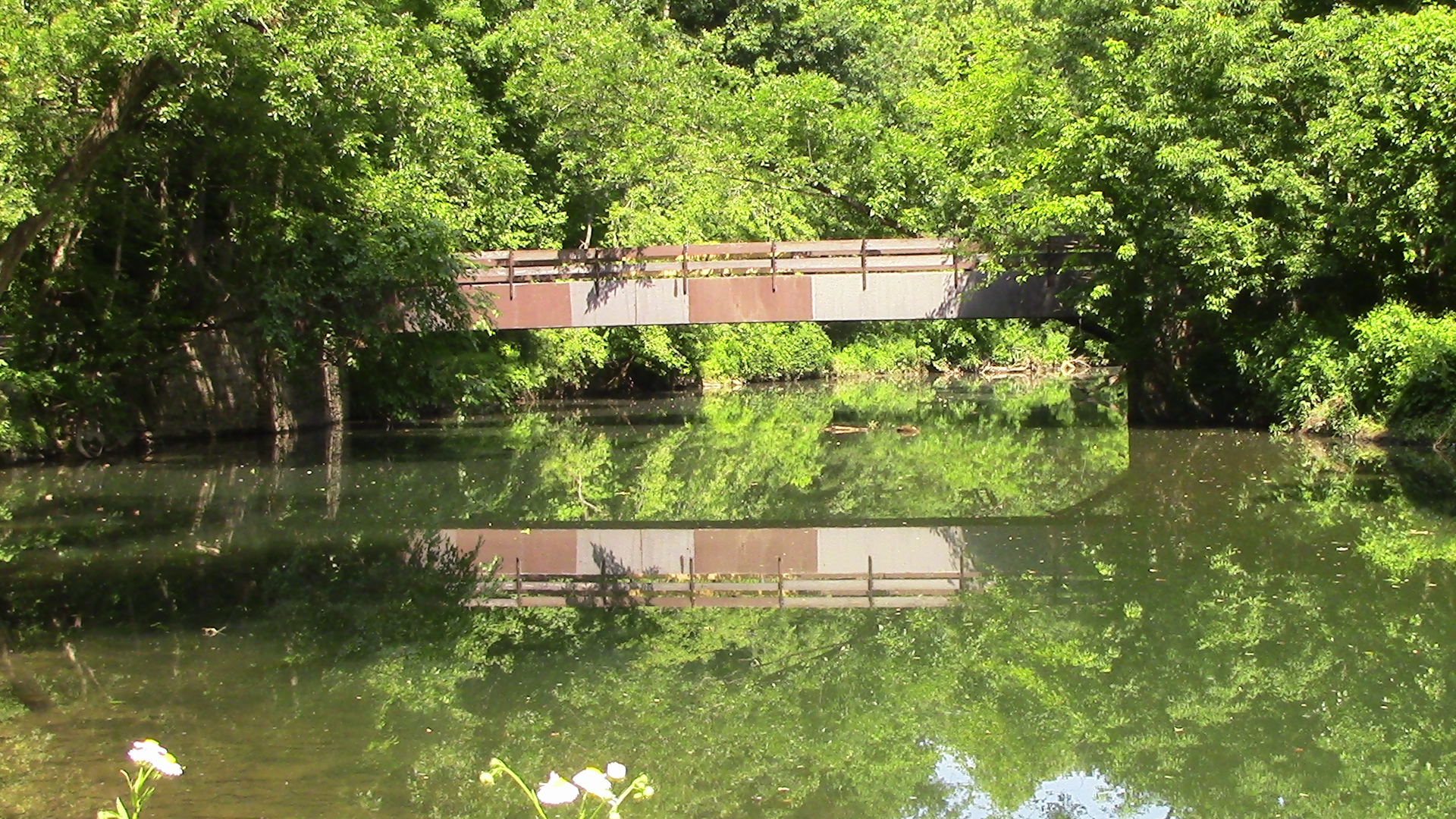 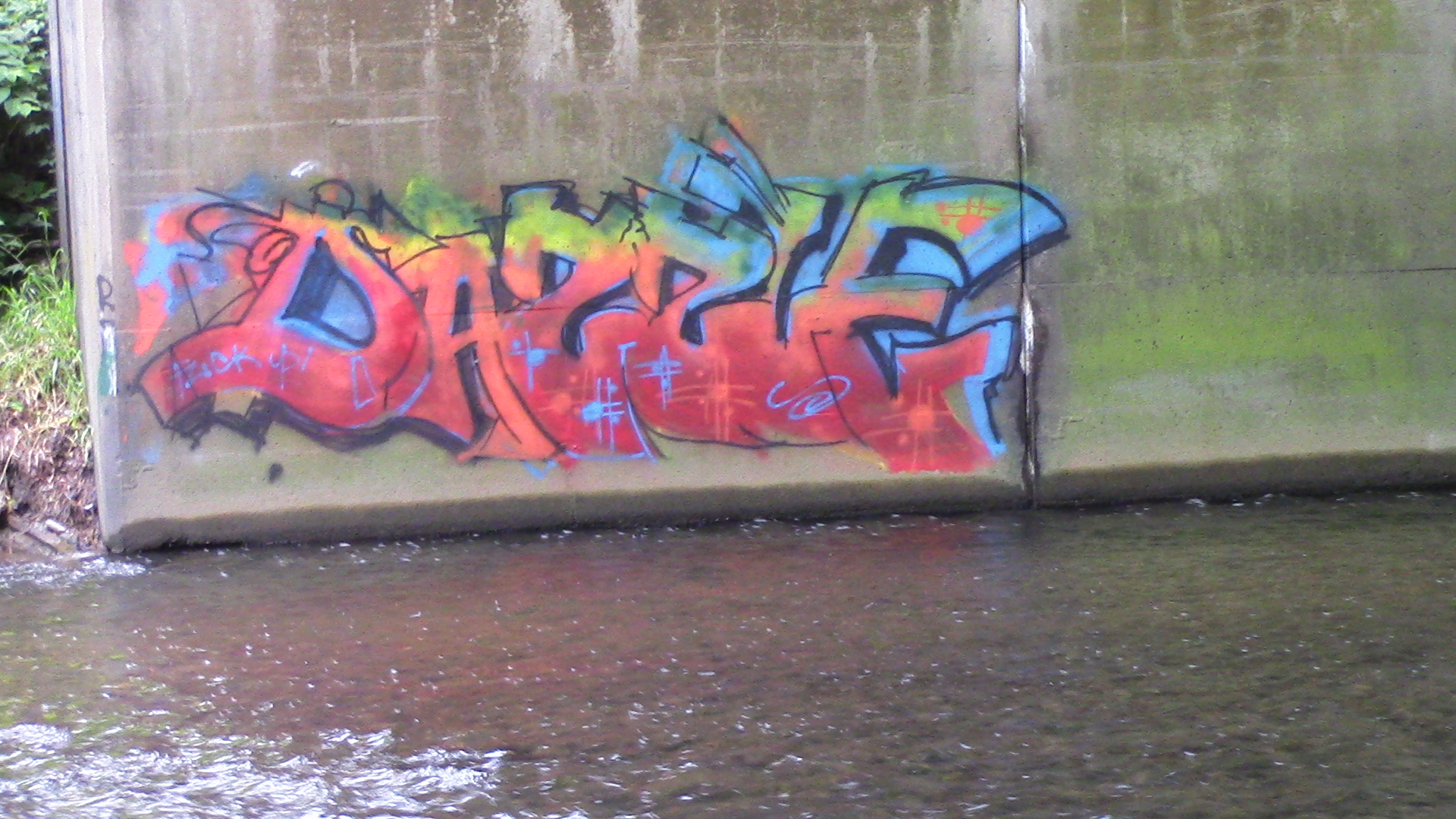 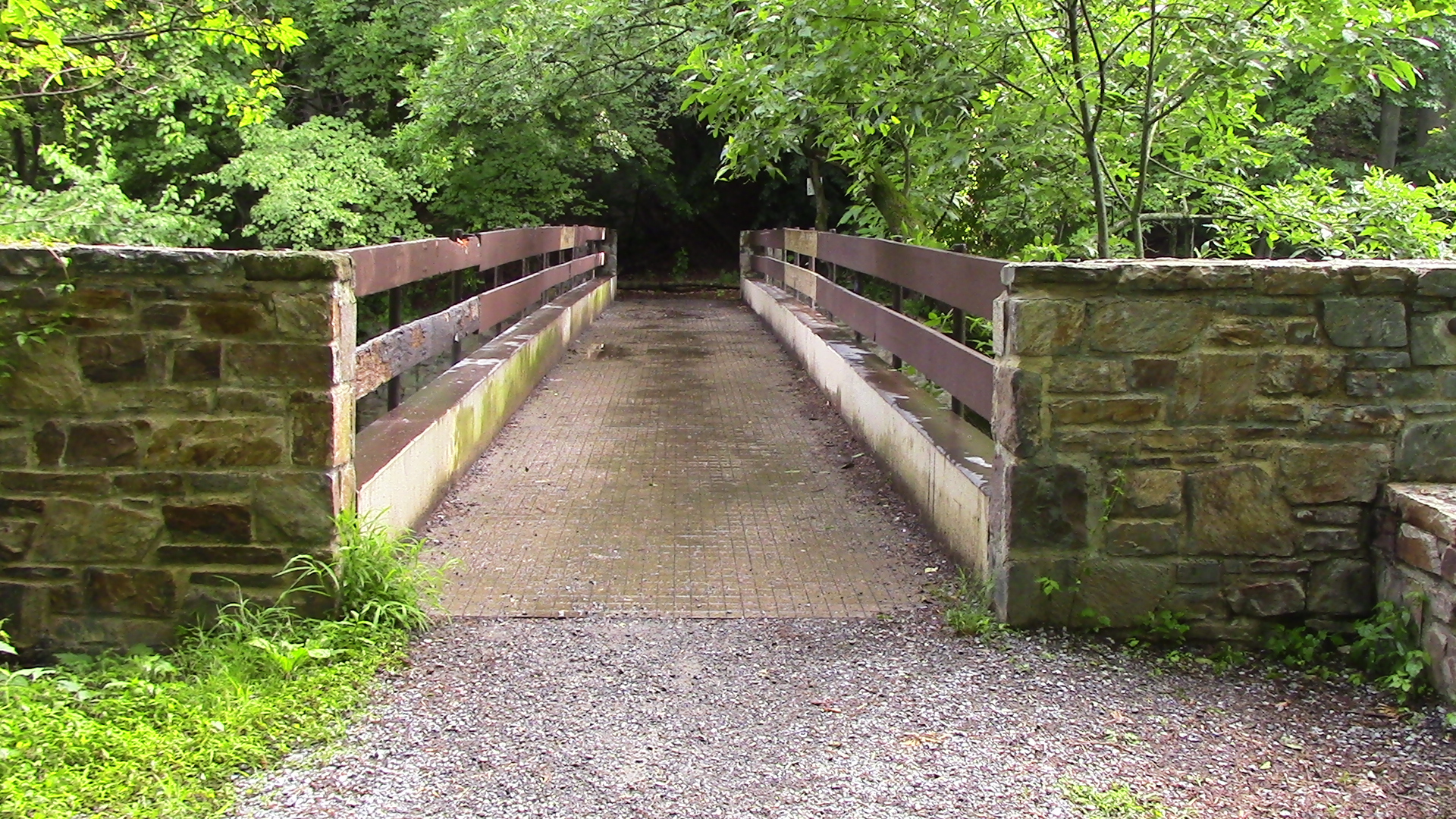 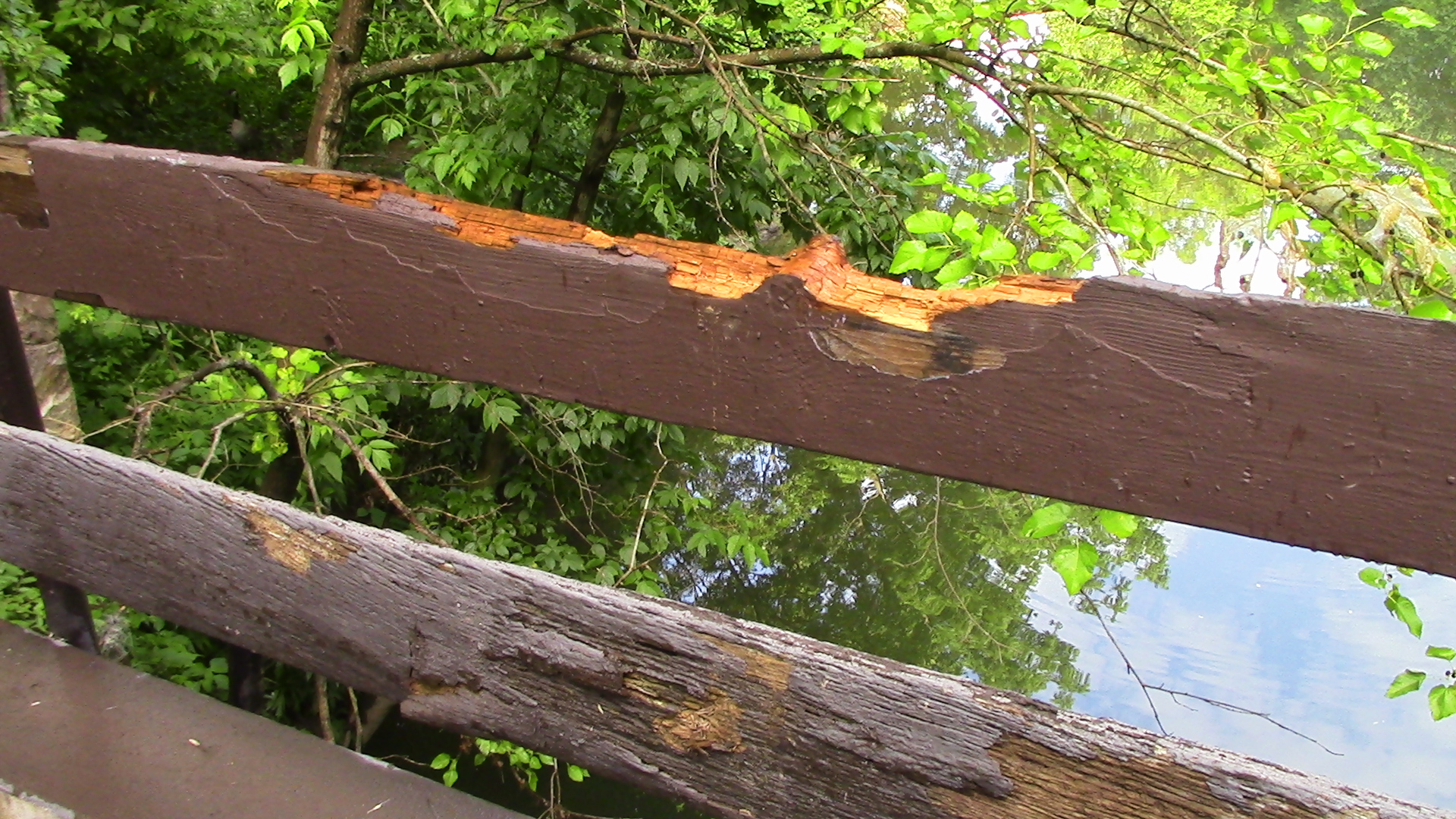 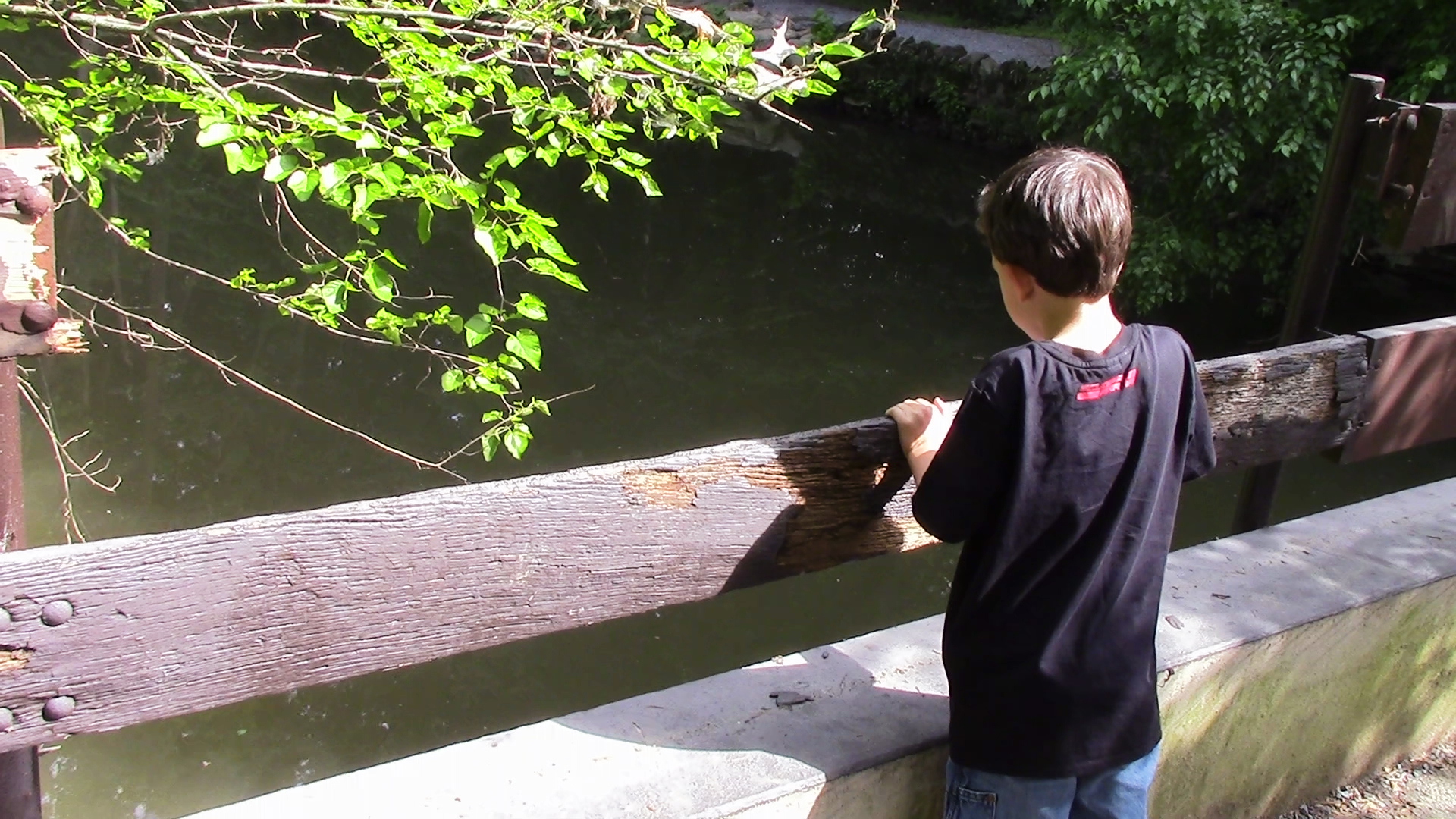 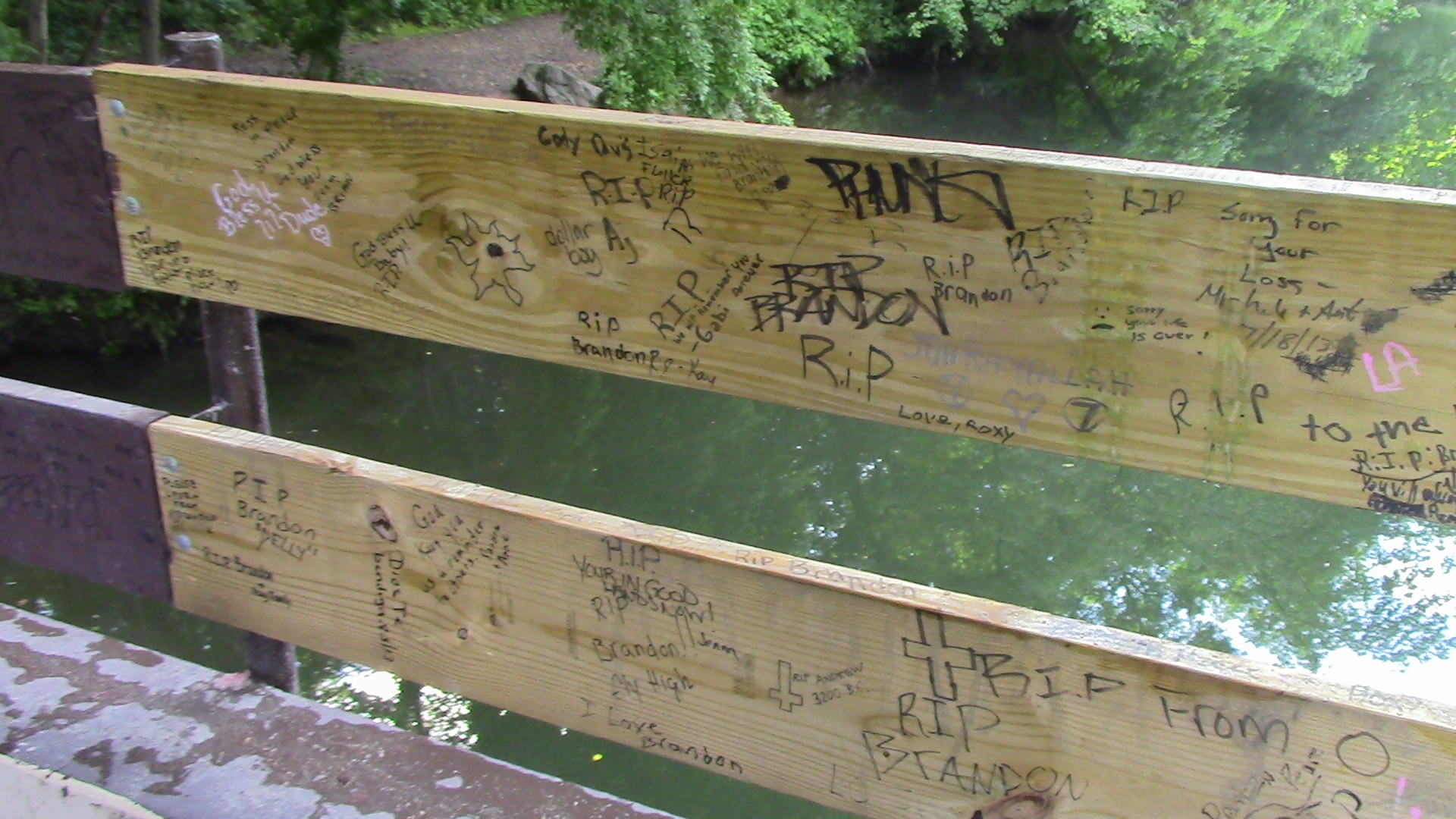 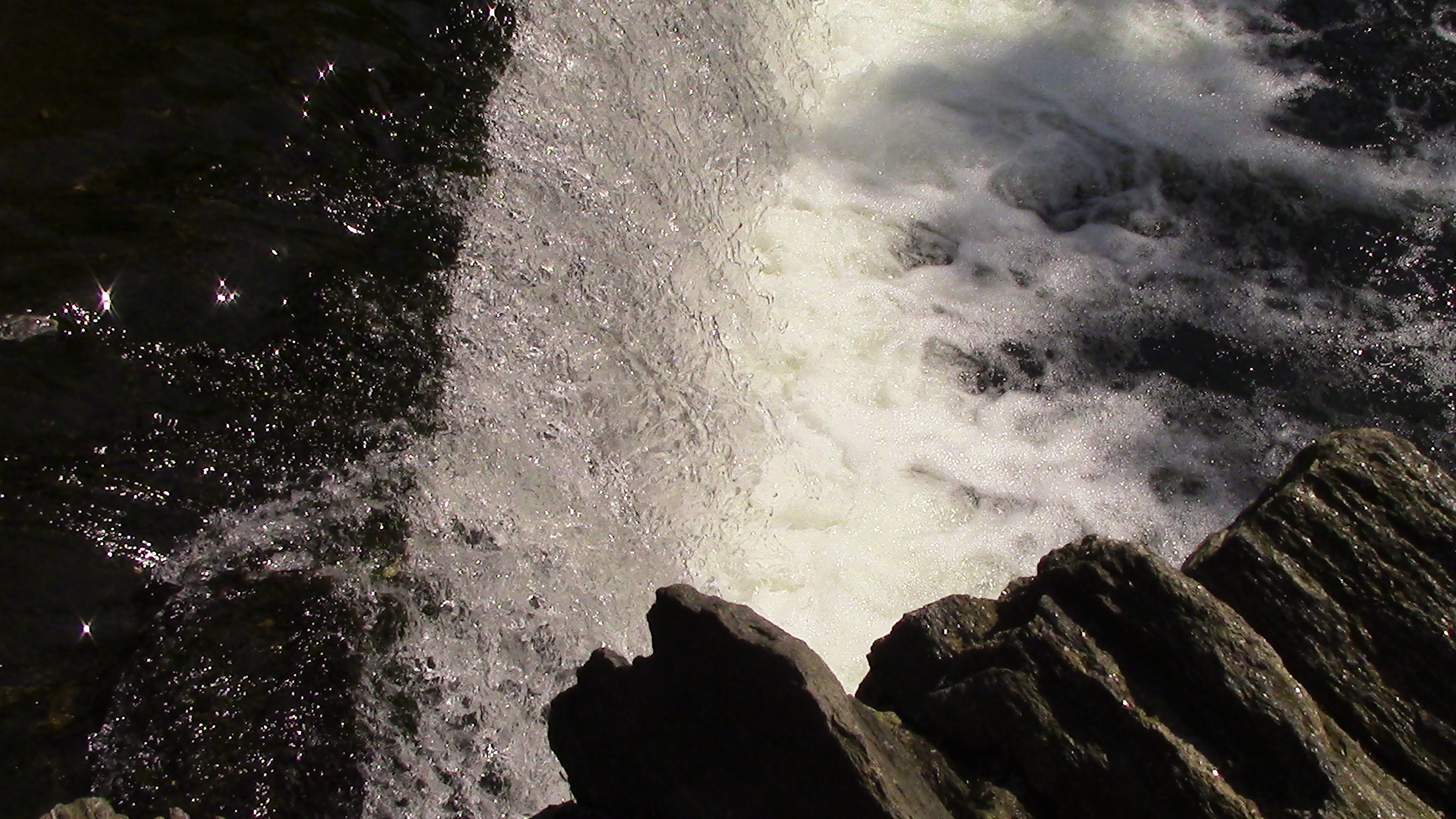 <
►
>
A “No Swimming” sign high up on a tree near a walking bridge near the dam. Someone scrawled a tribute to Brandon Boyle on the bottom.

https://vimeo.com/18391408] It’s an unlikely scene just half a block from the Kensington and Somerset stop under the Market-Frankford line. Amid the shadows of “the El” and barely past the illicit activities of the intersection, there [continue reading…]

Professor Edward Trayes’ photo class has done a multimedia project about smoking in Philadelphia, where nearly one out of every four people smoke. That rate is one of the highest in the country. See the [continue reading…]