Artist Jody Pinto envisioned her ancestors traveling to Philadelphia by ship, staring out at the land ahead. With that, she came up with the idea for the Washington Avenue Pier sculpture Land Buoy. The sculpture honors a part of the Delaware River Waterfront somewhat unrecognized for its storied past.

This is an area Philadelphians are finally starting to see put to community-wide use. Part of that effort involves your art. What led to it being here at the Waterfront?

I was contacted by the Delaware River Waterfront Corp. about a contest that would essentially help restore the pier. It’s such a beautiful and historic area. But I also have another piece of work in Fairmount Park called The Fingerspan Bridge.

So it seems like you have a bit of history with Philadelphia.

Oh, yes. I live and was born in New York City, but I grew up here for about 16 years. After I turned 20, I moved in with my aunt and uncle because I was a bit of a wild child and I attended the Pennsylvania Academy of Fine Arts. After I graduated, I started the group WOAR [Women Organized Against Rape]. It was the first organization in the country that had the assistance of government institutes. 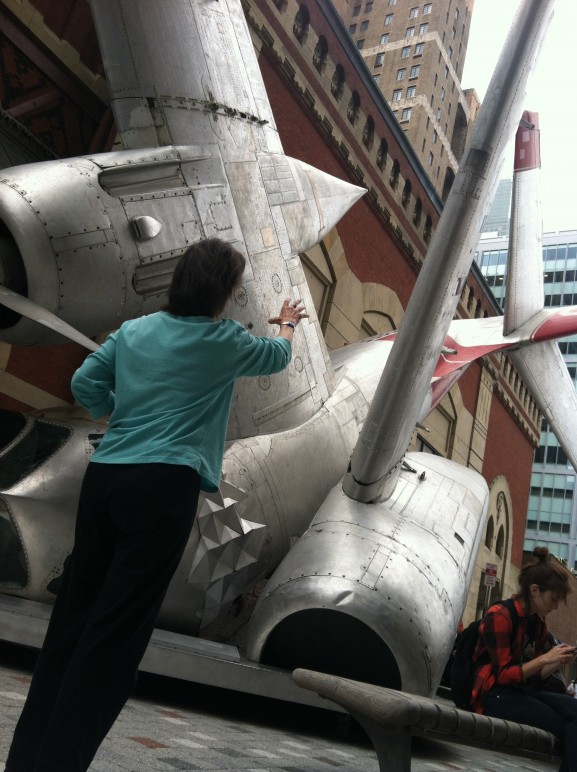 And you also teach at the Academy?

Yes, I’ve been teaching there for many years. They contacted me a few years after I graduated.

Wow. You’ve left quite a mark on Philadelphia. How do you think your sculpture, Land Buoy, will impact the Waterfront?

Well, this restoration is kind of an experiment for the Waterfront. When we came down here, it was overrun with plants and nests – things that happen to a land when you let it settle. They really wanted to make it into a green space and I’m just happy I was able to be a part of it.

But how do you think your sculpture will affect the people who visit the Waterfront?

For me, this project was the discovery of my family and my grandparents, and I wanted to share that with Philadelphia. I never knew until I came down here that this is where my grandparents came in through. The press and the publicity about the pier lets people know, in fact, what this pier used to be. When they come out here and they see the Land Buoy and they climb it, it’s my way of giving back of bit of history and memories to the people. 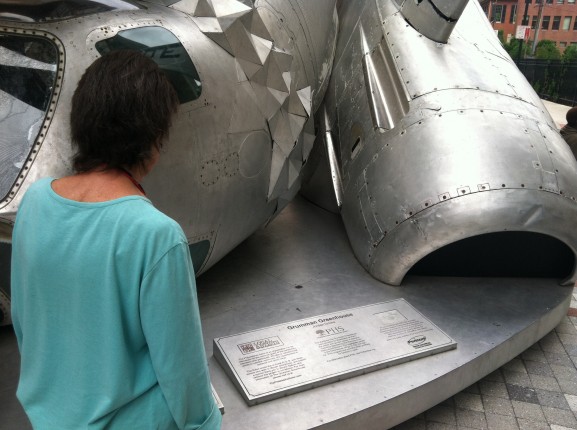 Then I started thinking about the wait, the anticipation, the ship coming up the Delaware, the people straining to see the pier. I thought of the markers and the buoys, and so I put myself on the deck, in my grandfather’s place, thinking about him waiting for my grandmother, and that’s how I thought of, ‘What if I did something that’s a buoy, but a land buoy? The final marker.’ And then I thought of, ‘What if I could create something that would be similar to what a sailor used to climb, a crow’s nest, to search for land? What if I have a land buoy that allows you to wait for the ship that’s coming in?’ 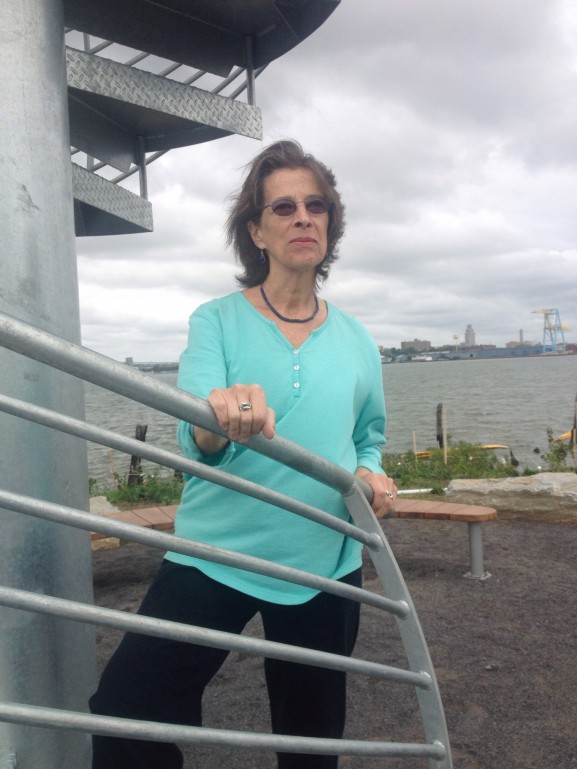 Well, yes. In a way, when you think about it, immigration was a great saga and sometimes held unbelievable stories. Many of those stories probably ended right here at the waterfront.

Sure, or began here. Do you foresee any more art projects in Philadelphia?

I hope so. I critique at the Academy twice a month and I’m always open to new ideas and projects.

– Text and images by Nodyia Fedrick and Joe Dolinsky

Jodi Cianci is serious about her workouts. She trains as if her life depended on it – because it does. “I treat my exercise like a doctor’s appointment,” Cianci said. Cianci was diagnosed with Parkinson’s [Read More]

https://vimeo.com/63697359] Incidents involving guns have prompted citizens in the Allegheny, Nicetown and Tioga area to take a proactive stand against violence. Groups like Men United For A Better Philadelphia and programs like Cradle 2 Grave were [Read More]