Anne Harvey, an environmental scientist and educator at Fairmount Water Works, has made a career out of being a “water advocate.” With degrees in biology and geology, Harvey recently made the switch from working in a laboratory all day to educating visitors on the state of Philadelphia waterways.

Harvey became involved with Fairmount Water Works because of her desire to educate the public on healthy water practices. People of all ages visit the education center, where they can participate in lectures and activities that promote a hands-on learning experience about water health.

Harvey encourages Philadelphians to come to Fairmount Water Works to learn more about what’s in their water and how they can all contribute to make the city’s rivers fishable and swimmable.

What is your job at Fairmount Water Works?

I work with the Water Department and I have an education degree. I’ve had a relationship with the Water Works as a laboratory person for the central lab department, and then when the job here opened up, I was pretty delighted. Now as a full-time educator at Fairmount Water Works, I spend my days teaching adults and children from Philadelphia and the surrounding areas how to maintain decent water health. 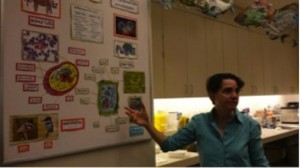 What the overall state of water here in Philadelphia?

The fact of the matter is, the source water is pretty clean and it’s much cleaner than it was decades ago. Our water quality has come a long way and made its turning point when the Clean Water Act was passed in the 1970s. It seemed like the Clean Water Act was the turning point because there were regulations that said you have to have a certain amount of cleanliness or you get fined. 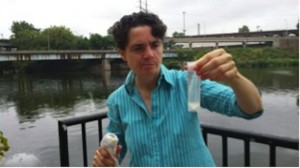 What is the evidence that river quality in Philadelphia has improved?

The evidence can be seen when looking at the wildlife in our major waterways. There are about 48 different species of fish that are found in the Schuylkill. So what that indicates is, you’ve got water quality that can support that kind of wildlife.Although things have been looking up for our waterways, we still have some work to do.

What can each person can do to improve the water quality even further?

It’s simple – just don’t throw trash on the sidewalk. Don’t throw your water bottle on the street. The fact of the matter is, anything you throw out on the street makes its way to a river or stream then eventually to an ocean. 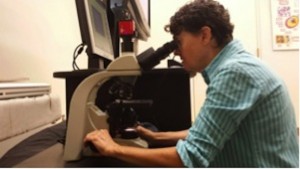 What are your goals to get the community involved in cleaning Philadelphia’s waterways?

Well, our rivers today are actually better now than they’ve ever been. Philadelphia’s lack of industry is shaping the rivers to be cleaner than they’ve ever been before.  Fishable, swimmable waters. That’s the EPA’s [Environmental Protection Agency] goal and PWD’s [Philadelphia Water Department] goal too. Historically, all trash and sewage went into the river, and in the 1970s the Schuylkill River was dead, mainly because they didn’t have wastewater treatment plants back then. The fact of the matter is, it’s come a long way, and I’d say it’s pretty clean now.

What do you tell Philadelphians when they ask where the trash goes that they throw in their drains?

In Philly, most or all of the storm drains drain directly into the rivers. So make an effort to pick up after your dog and to not wash your car on the street. Don’t allow that kind of soap to go into our storm drains. Go to a responsible car wash that will collect and treat your water. Just be responsible. You know Philadelphia has a reputation of being called ‘Filthydelphia,’ and that’s for good reason. I help people learn about their adverse affect on water.

How do you see yourself as a direct leader in your community outside of your work at Fairmount Water Works?

I’m part of a sustainability committee in my neighborhood, and we just wrote a grant to educate people in the neighborhood on dog waste. A lot of people don’t know, but if they do know they would find out that (A) their waste is full of bacteria which is not healthy, and (B) it provides nutrients for algae growth. And if you have heavy algae growth, though algae growth is not a problem, but if you have a substantial bloom and then that dies, it will decompose and that uses up oxygen. And water with low oxygen is poor-quality water.

– Text and images by Esther Katro and Mary Smith

Some residents in Fishtown have been waiting on the Philadelphia Streets Department to properly fill a sink hole on the 1100 block of Crease Street before something gets damaged or someone gets hurt. This wait [continue reading…]

A nonprofit nearly two centuries old is still working hard to serve the men who come into one of the world’s largest freshwater ports. The Seamen’s Church Institute of Philadelphia and South Jersey has made [continue reading…]

Fairmount: Neighborhood Potters Open Their Doors to the Community

Boasting an array of pots, cups, jewelry and many other household items, Neighborhood Potters offers a variety of colors for a dreamer’s chance at the ultimate decoration. Married couple Neil Patterson and Sandi Pierantozzi, who share [continue reading…]