Michael Cooper was recently appointed director of the Office of Manufacturing and Industry for the City of Philadelphia, working out of the Commerce Department. He left his role as vice president of market development for the “quasi public” Philadelphia Industrial Development Corporation, where he oversaw the day-to-day operations of PIDC’s industrial portfolio, including distribution, transportation and manufacturing.

At his office in the Municipal Services Building, he discussed his plans to improve the manufacturing climate in the city.

Is your position in the City Commerce Department a new position that was created for you?

It was. In the seven years I was working at PIDC, I was doing business development and client relations. I was focusing exclusively on the city’s industrial sector. PIDC does lending and real estate sales as a non-profit on behalf of the city in order to spur job creation.

Councilman Bobby Henon, when he was elected, wanted to make manufacturing kind of his cornerstone issue. And I kind of happened to be working on this issue. His idea was to create a task force under the mayor’s umbrella to evaluate the city’s competitiveness for manufacturing and then make recommendations as to how we could be more competitive, exclusively for that industry. 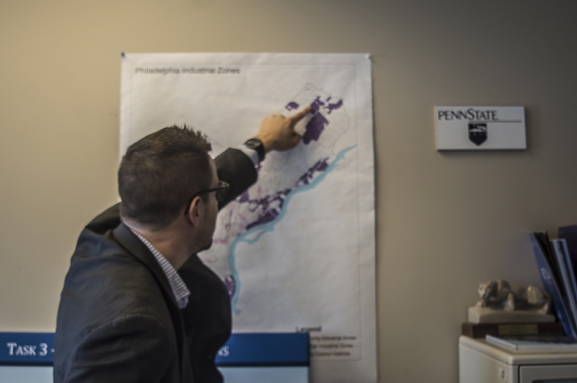 Did Council have to pass a bill to create the position?

No, it was under an executive order. One of the recommendations of the task force was to put a permanent unit within the city government, exclusively focused on the industrial sector. So when that happened, I was kind of the natural fit to move right in.

Could you speak more specifically about your day-to-day events?

I’m focusing on three separate areas. The first is better organizing the assets that we have. There are about four or five partner organizations that we have, non-profits that provide programs to the manufacturing and industrial sectors. The business community doesn’t really care who does what. They want to see a uniform approach and they want to see organization.

The second is what I call constituent services. If you’re a company and you just have a problem, I can provide that friendly first stop. I’m not going to be the last stop for anything but I’ll be the first stop for anything. I’ll help them get to where they need to be. The third piece of it is more policy related. Again, that is overseeing the implementation of our strategy.

Could you give us three or four bullet points how the manufacturing sector in Philadelphia has been or will be improved? 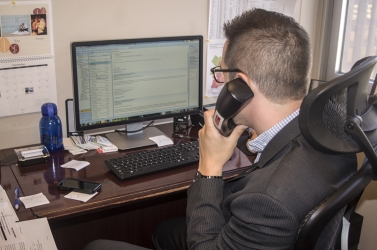 Sure. What’s most exciting is the Philadelphia School District is going to unveil a new technical high school, The Center for Advanced Manufacturing, in September of next year. The second thing is access to capital. Our two main funding partners in Philadelphia, which are PIDC and Ben Franklin Partners, have taken some sizable overhauls of how they do lending to meet the needs of almost, but not quite bankable businesses.

Then there’s taxes. Starting next year what’s known as the single sales apportionment rules are going to be installed. That means that manufacturers are only going to be charged on the portion of their sales that is sold to customers in the city versus the portion of their sales universally. This encourages current manufactures to start making products within the city. And that’s exciting.

In terms of a time span for these initiatives listed in the executive summary?

I think it’s really hard to calculate because what we’re trying to achieve here is not a short term goal. This is a longer term vision.

– Text and images by Jamila Huxtable and Gerry Senker.