On Oct. 4, there was little room to walk in the mosque of Al-Aqsa Islamic Society. Several hundred Muslims gathered to pray and to celebrate during the Islamic holiday Eid Al-Adha, or the Festival of Sacrifice.

The prayer area, which consists of nearly two floors, was full to the brim. People who did not arrive early enough had to pray outside the mosque on the asphalt. Still, people stayed for the prayer and listened to the sermon delivered by Sheikh Abdelmohsen Abou-Hatab, the mosque leader.

Every year during Eid Al-Adha, millions of Muslims from around the world make a pilgrimage to the Islamic holy city of Mecca in Saudi Arabia. Eid Al-Adha commemorates the willingness of the Prophet Abraham — an important figure in the world’s major monotheistic religions — to sacrifice his own son for the sake of God.

Muslims who are physically or financially unable to complete the pilgrimage celebrate the most important Islamic holiday instead by gathering at a mosque and praying together. 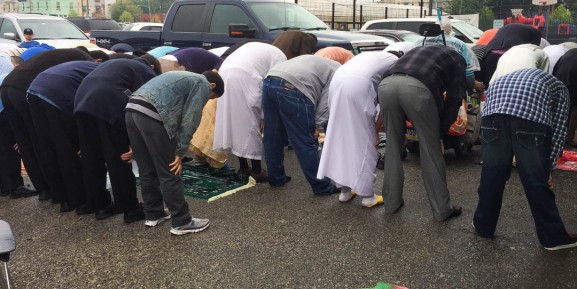 Eid Al-Adha, a four-day celebration, is a time for Muslims to come together, to worship and to rejoice. In Philadelphia, Al-Aqsa Islamic Society is a center for Muslims during this joyous time.

Hassan Mohamed, 21, spoke of how when the Prophet Muhammad went to a mosque to pray during Eid, he would choose a centralized one that many Muslims could get to.

“Al-Aqsa has been a major staple in Philadelphia and the Olde Kensington area for many years,” said Mohamed, who has regularly attended the mosque for about seven years. “So, with that in mind, heading to the Al-Aqsa for Eid was a smart decision.”

After the prayer, Muslims who can afford it sacrifice livestock and donate some to the poor in remembrance of the actions of the Prophet Abraham.

“We celebrate Eid after the prayer by slaughtering since it’s a month of sacrifice,” said Sundus Abou-Hatab, 23, a history teacher at Al-Aqsa Islamic Academy and the daughter of the mosque leader. “Otherwise, we just feel the joy and warmth of the holiday by being with the family.” 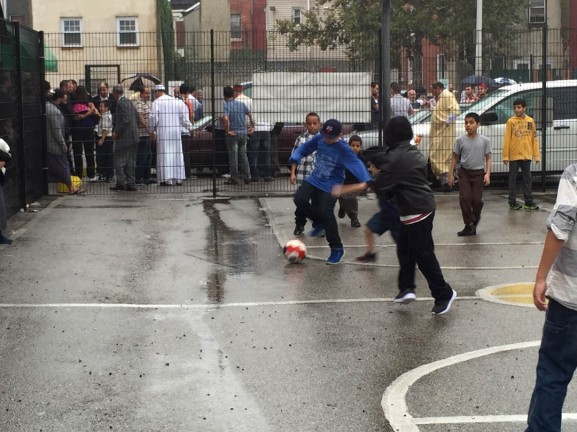 At Al-Aqsa, several attendees expressed an emotional attachment to the mosque and the people who worship there.

“All of our closest friends and family attend there, and my siblings and I even attended the elementary school there when we were kids,” said Ahmed Eldafrawy, 22, whose family has worshiped at Al-Aqsa for more than 15 years. “We grew attached to coming to this mosque and we feel very comfortable going there.”

While Eldafrawy lives relatively close to the mosque, others feel the same way despite living farther away. Ibrahim Ahmed, 18, travels from Northeast Philadelphia because Al-Aqsa, where he attended school, is “like my home.” 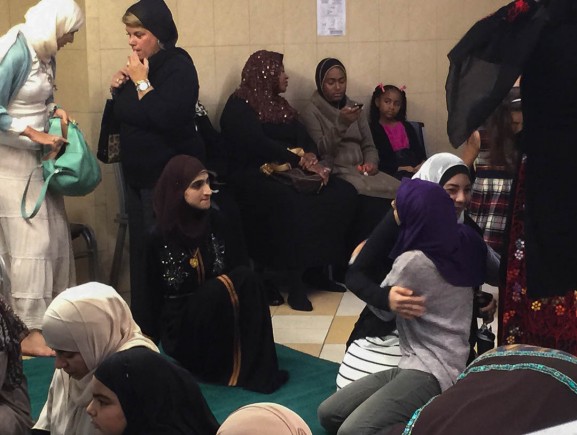 -Text and images by Salma Attia and Christian Morris

While the one year anniversary of Sister Muhammad’s Kitchen re-opening approaches, the staff couldn’t help but appreciate how much of an impact the restaurant has had in the community. In 2011, Sister Muhammad Kitchen was [continue reading…]