If you like beer, baseball, not-so fine dining and spectacular light shows and if  you have enough money for a checking account, then you would have loved all of these five iconic former Philadelphia companies.

At its peak in 1983, the Christian Schmidt Brewing Co. employed 1,400 people and produced 3.15 million barrels of beer. Things went south shortly after.  By 1987, the plant was shuttered as Schmidt’s owner Billy Pflaumer sat in federal prison, convicted of tax evasion.

Now the remains of the brewery are part of The Piazza at Schmidt’s, an outdoor plaza surrounded by ground level retail and apartments. 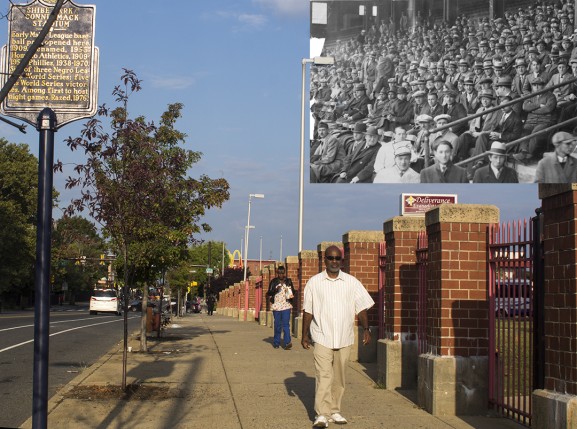 Between 1910 and 1931, the Athletics won seven American League pennants and five World Series. In decline, the team was sold in 1954 and was moved to Kansas City for the start of the 1955 season.

“Sports teams do not have a significant impact on a city’s economy,” said Mike Leeds, a sports economist at Temple University. “They do not come close. If all four major sports teams were to leave Philadelphia, the impact on the local economy would be barely detectable – my guess is a fraction of one percent.”

On the other hand, the hot dog and beer guys, the ushers and ticket salesmen and the grounds keepers might have been less sanguine about the Athletics leaving town. 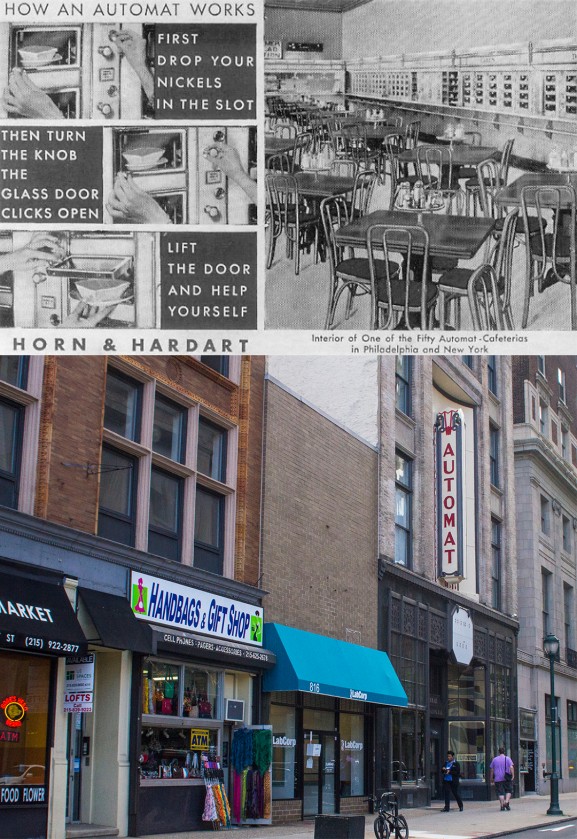 H&H, famous for their “automat” concept, lasted from its founding in 1888 until its demise in 1990.  During the ’60s, the restaurant chain had as many as 44 restaurants and 55 takeout stores in Philadelphia that served blue and white collar workers, men and women alike.

“Toward the end of the ’60s, as their customers moved to the suburbs, they were still serving a lot of lunches,” Temple University historian Stephen Nepa, “but their dinner business got hit hard.” 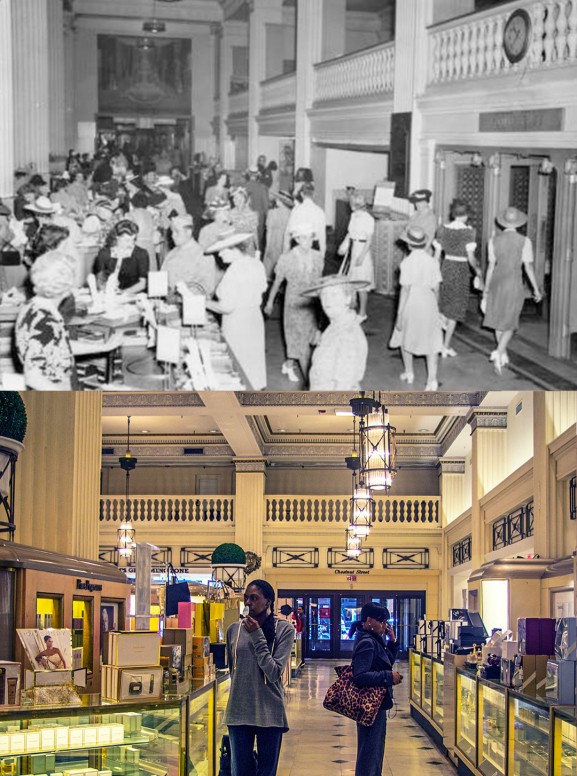 John Wanamaker was a retailing pioneer. He invented the price tag – prior to Wanamaker, merchants and consumers just haggled. The Wanamaker Trust sold the company, then with 15 stores, in 1978.

In 1995, all the Wanamaker’s stores became Hecht’s. Those that remain today bear the Macy’s nameplate.

From colonial times until the 1980s, Philadelphia was a major banking center. Then from 1983 to 1998, the eight largest Philadelphia headquartered banks were all sold to larger banks in other cities.  Most of the older Citizens Bank branches in Philadelphia today were once part of Girard Bank.  The bank’s headquarters, designed by New York architects McKim, Mead and White in 1908, was repurposed as the Ritz Carlton Hotel in 2000.

When Isaac and Rose Miller arrived to Philadelphia in 1986, they were originally looking for a historic district to buy a home from. After seeing the Spring Garden neighborhood in a book about restored historic [continue reading…]