Arch Enemy Arts isn’t the typical gallery that one would find in Old City, Philadelphia. It stands out as one of the most diverse art galleries in Philadelphia.

The gallery was founded by Lawren Alice, 29, Pat Shillenn, 33, and Noah Musher, 29. The gallery first opened its doors in the spring of 2012, and since then its attendance has grown exponentially in ways that weren’t predicted or anticipated. Each crowd that shows up seems to be more diverse than the last.

Arch Enemy was born out of necessity. The galleries in Philadelphia weren’t showing any low brow pop-surrealism, something that Alice felt was much needed for Philadelphia’s art scene. Alice has curated pieces that not only fit into that realm but she has also paid attention to the talent and devotion to the craft. 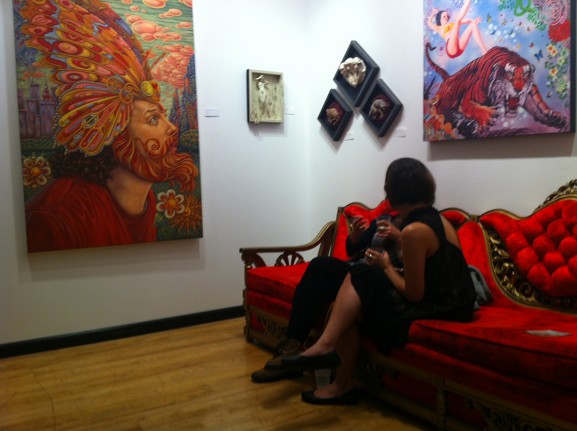 “We like to see an obvious visual talent in the art that we show here. We like to see painstaking detail that is meticulous and tedious,” Alice said.

“We aren’t afraid to ask our favorite artists to participate in a show. They don’t always say yes, but it typically yields good results,” Shillenn said.

The artists that are showcased aren’t all based out of the Philadelphia area. They have received submissions from all over the world including Australia, China, Russia, Spain and Uruguay.

“When we first started most of the artists were local, but then we kind of started growing and expanding. In the past year we’ve been reaching countries we’d never thought we’d have the reach to,” Musher said.

“If the work is good and it fits our vibe there’s no reason to say no to them. It makes sense to encompass everything and to expose that to Philadelphia…they need to see that,” Alice said.

Given hard economic times and various galleries around the city closing their doors, Arch Enemy has adapted to survive. The space also serves as an event location, as well as a photo and printing studio.

“I hope that we can be not just a place with walls where people can hold their work. We’re constantly trying to redefine what a gallery is and we try to make it more of a proactive entity in the art scene,” Shillenn said.

Recently, the gallery was asked to participate in an event for Red Bull. The event was based around various artists that utilizied a Red Bull cooler, and created artwork out of it. 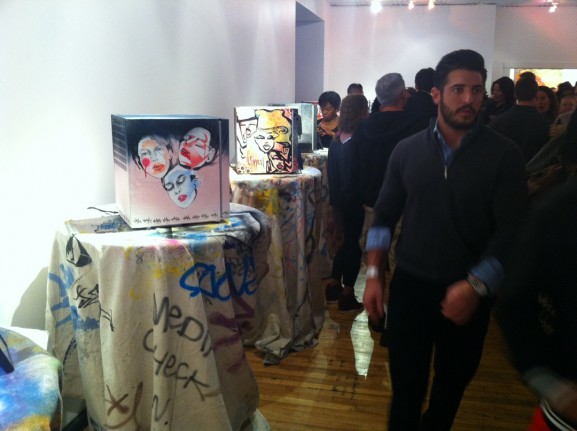 Reception has been very positive for the gallery. They have won several Philadelphia “hot lists,” which they were voted by the community as the best art gallery in Philadelphia.

Arch Enemy changes up their gallery shows every month, and the shows usually coincide with the seasons. “The Fall of The Watchers” closes Nov. 2.

“I found a pregnancy test, not pregnant, which is the answer you want when you take a pregnancy test in the woods.” Bradley Maule has discovered some unusual trash while hiking through the Wissahickon Valley [continue reading…]

Keeping up with health and wellness, both physical and mental, is made easy in South Philadelphia with the numerous gyms, wellness centers and organic-geared stores that have begun peppering the bustling neighborhood. Below are five [continue reading…]