Kensington Avenue is often considered one of the most dangerous streets in Philadelphia.

Cops posted on most major intersections, drug dealers and junkies alike calling out from all directions, combined with the screeches of the El looming overhead, make up the busy promenade of sights and sounds some distastefully refer to as the “badlands.” 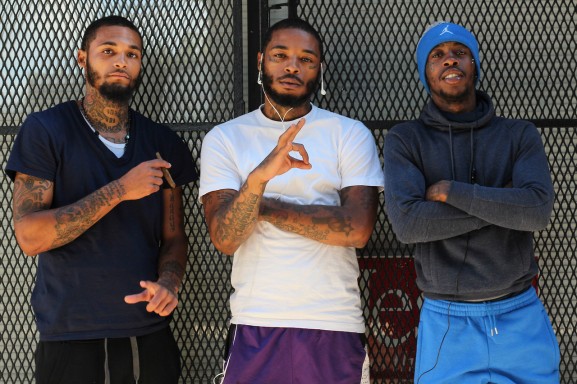 However, along this street a group of people, who have found each other through working the streets and juvenile placements, spend their days together. Among this group there is one person that stands out from the crowd and he will smile and talk with any passerby. At 22 years old and noticeably tattooed, “Tattoo” captures attention almost immediately with his beaming smile, face tattoos, piercings and fashionable ensembles. 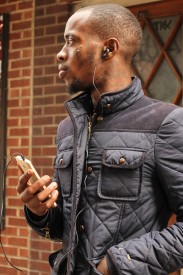 “The things I do, I can be a bad person. But I’m not like everybody; I like to actually get to know about people. I ain’t mean, I’m not like a mean hustler in these streets, you know that just wants to rob everybody, I’m real friendly,” said Tattoo.

Those who work the streets tend to have a reputation that is less than favorable, but Tattoo expressed that he is more than a drug dealer; he is a good person who has other passions, but got caught up in the “game” at a young age.

“You think that the Northeast is a quiet area, but it wasn’t. I actually got worse. Each neighborhood I moved in, I got worse,” said Tattoo.

Tattoo was forced to move to the Northeast with his siblings after his Grandmother left them behind to move to Florida as their behaviors escalated out of her control. He said he was left in charge of his siblings.

His brother, “Rell,” has grown up and worked with him since the very beginning. They fight like siblings often do, but still genuinely care for each other.

“We have a love-hate relationship, but he’s still my brother and I still like him,” said Rell.

After his Grandmother’s departure, he said he started selling drugs and has not stopped since.

A lot of residents in the Kensington area are unable to find a job that supplies them with a stable, livable income. According to the U.S. Bureau of Labor Statistics, Philadelphia faced an unemployment rate of 8.5 percent in 2012. Furthermore, Kensington itself was reported to have an unemployment rate of 9.7 percent that very same year. The collapse of Kensington’s once booming manufacturing industry left behind a graveyard of decaying factories, along with a rampant illegal drug market.

“I ain’t never had a job, I’ve never been to a bank, never cashed a check…but I don’t know what it is but I’ve always wanted to be rich,” said Tattoo. 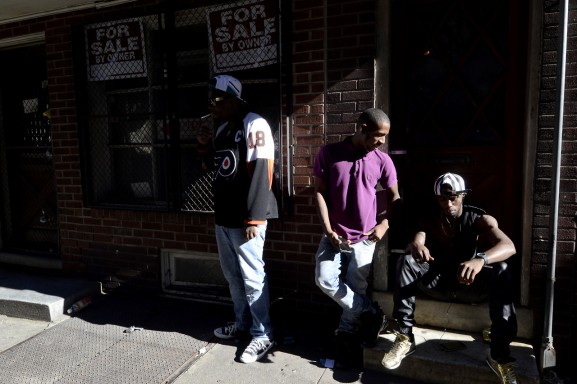 He was brought to Kensington after his mother moved to the area. Tattoo says he ended up in the ‘mix’ pretty fast and found himself in a lot of placements throughout his adolescence after moving in with his mother.

“I was in juvenile placements, I was locked up a lot,” said Tattoo. “That’s where I really gained a lot of respect from, from being locked up. And like, that made me. Jail made me. Placements and all that stuff, it really made me who I am, who I was.”

The friends he works alongside now are the friends he’s made throughout those placements. A group of young men and one young woman, who linked up after their placements, work together and appear to be successful on their corner.

One of his closest friends, “Duss,” stands tall and intimidating next to Tattoo. They have been friends for almost five years now and not a day goes by that they do not see each other.

“After we got out and started working together on the street, I realized how down to earth he was. He was someone I could bop with. We butt heads sometimes, but we still get along,” said Duss. 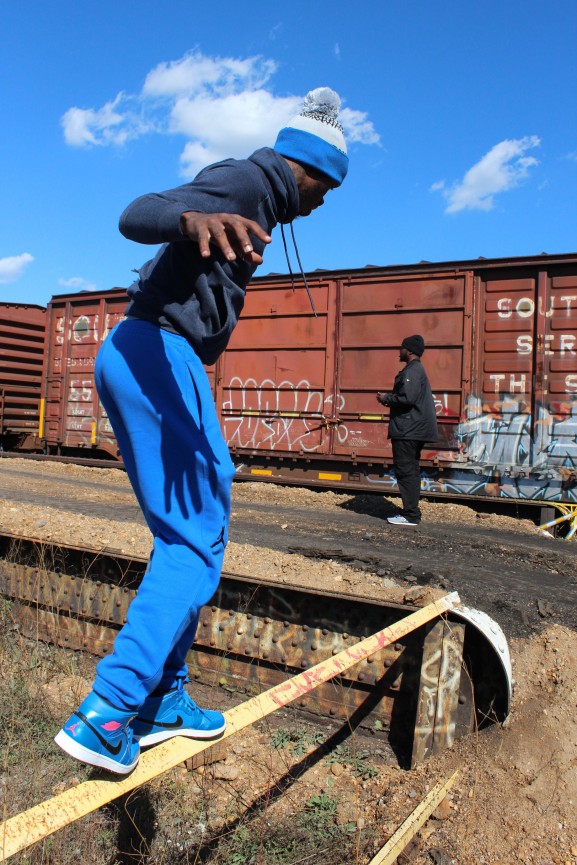 Duss explained that Tattoo is the type of person who made something out of nothing. Kensington is known as an area that people can go down to and take $5 and turn it into $500. The money that can be made on the street, Tattoo said has kept him in the game on Kensington Avenue.

“People judge you all the time. I don’t worry about what people say. This is my life so you know, I choose to live it how I live it.”

The streets may be all that he knows but Tattoo said he is a man of many talents. He dreamed of being a basketball player, football player or boxer when he was in school. Nowadays, Tattoo said he aspires to become a singer and songwriter and hopes to get off the streets one day soon.

All text and images by Marissa Nicole Pina and Alisa Miller.

In an effort to draw attention to school funding, the Philadelphia Coalition Advocating for Public Schools held its “Full Funding Friday” at John Moffet Elementary School in Kensington last week. Roughly 15 members of the [continue reading…]

More than ten years ago, Rudard (Rudy) Robinson decided that it was time to give something directly back to the community of Kensington. From years of homelessness, to time spent doing outreach for Congreso, Robinson [continue reading…]