It’s more convenient to support a well-established band. It’s more exciting to attend a sold-out show at the prestigious Madison Square Garden instead of a three-song opening act at a bar with mildew on the walls. It’s easier to Google a popular song lyric rather than listen to a muffled recording on Soundcloud over and over again.

However, without the immense support, patience and confidence of fans, local bands would never be successful. They would never reach the grander, more exciting and – for fans – more convenient level famous musicians reach. Radio 104.5, an FM radio station serving Philadelphia, caters to just that.

“Every band you’ve ever heard of was a local band at some point, and they were playing in crappy clubs hoping five people would show up,” said Wendy Rollins, assistant program director and radio host at 104.5. 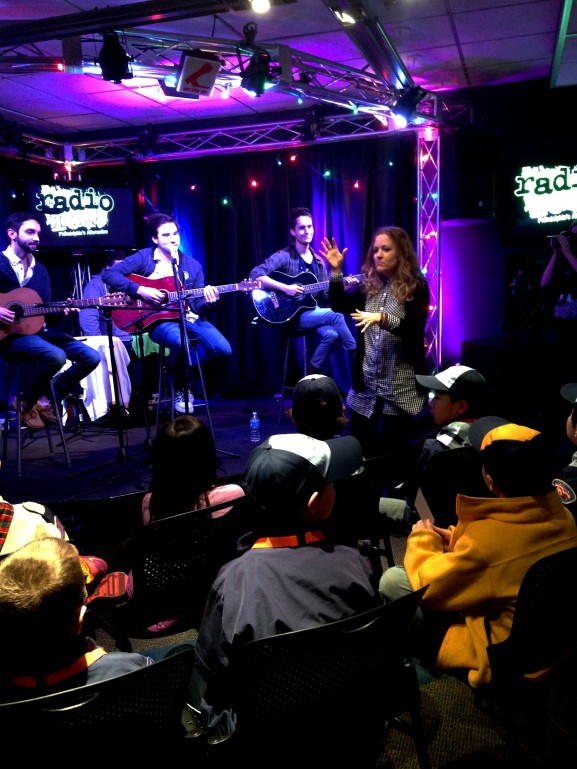 Rollins has been sharing her love of alternative music with the world since she began making tapes as a kid in Atlanta. She knew nothing would make her happier than turning her passion into a career, much like the people she listened to on the radio day after day.

“Once I got into high school, I didn’t realize it was weird, but I would listen to my favorite jocks and record them, or I would listen to the way they were saying something and I would repeat it back so I spoke the same way they did,” Rollins said.

Her career has led her from North Carolina to South Carolina, from Georgia to Nevada, and down to Alabama. However, Rollins insisted there is no match for Philadelphia’s local music scene, and she is proud to be affiliated with a radio station that fosters its local musicians.

“I’ve been in some cities where basically every band sounds the same,” Rollins said. “I feel like in Philadelphia, there are a lot of very different sounding bands, and regardless of what you’re into it’s probably out here.”

It is the impressive, local talent that deserves to be heard, and 104.5 is generating a movement to do so. Since Dec. 11, the station has hosted new local music shows at Xfinity Live! every Thursday in addition to weekly on-air Live at 5 segments on Fridays.

“We wanted to have some kind of involvement with the local music scene, so we came up with the idea of them coming in to play live,” Rollins said.

The station allows local artists to submit music applications for the chance to be featured in a live broadcast where they perform two songs, an original and a cover of their choice. The abundance of exceptional applications they have received has led them to booking shows up to three months in advance. Past chosen acts include The Fleeting Ends, CRUISR, Vita and the Woolf and the experimental pop band Fiance.

Most of the chosen acts perform their broadcast in front of an adult audience, but Fiance had a unique experience. Members of their audience were all well under 5 feet tall and can’t legally drink, but they can certainly start a fire and are always prepared. Fiance treated Boy Scout Pack 27 to an experience of a lifetime.

Pam Bucci, mother of one of the Scouts, said she could not believe how graciously the station welcomed the pack, and was ecstatic they were lucky enough to have the experience. 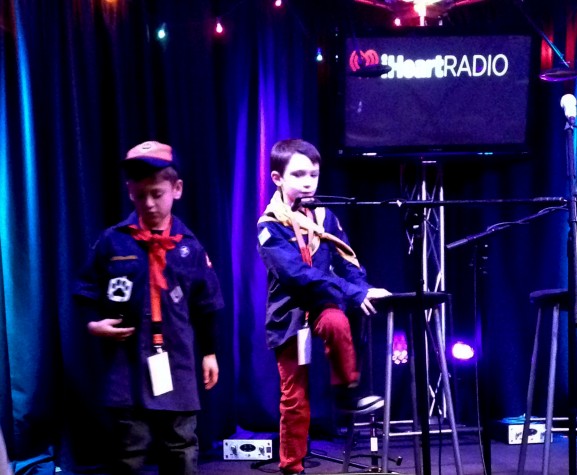 “We thought we would bring them to the studio and let them get a first hand experience of what it’s like. After they learn about this, they can pass it on,” Bucci said.

As Fiance belted out their Weezer cover to thousands of loyal listeners over the air, over 20 young boys sat in awe and watched. Radio 104.5 is not only helping advance the musical careers of practicing local musicians, but perhaps sparking a love of music in children throughout the area.

The pack’s visit also included a grand tour of the studio, which brought them by the heavy, soundproof door of Talia Genevieve’s office, where she was busy voicing commercials and running soundboards for the station. Genevieve, like Rollins, always knew she wanted a career in the music field and essentially grew up in the studio. Her mother, Ruth Wiseberg, was a DJ in the 1980s and hosted a radio show with former Philadelphia mayor Frank Rizzo.

“He shouted me out on the radio one time. The day I was born, obviously my mom wasn’t working, and he was like ‘Oh, congratulations, little Talia!’” she said of Mayor Rizzo.

Genevieve said she voices about 40 commercials per week, including advertisements specifically designed to bring attention to Philadelphia restaurants, programs and events.

Above her desk sat a stack of CDs of local musicians she favors. 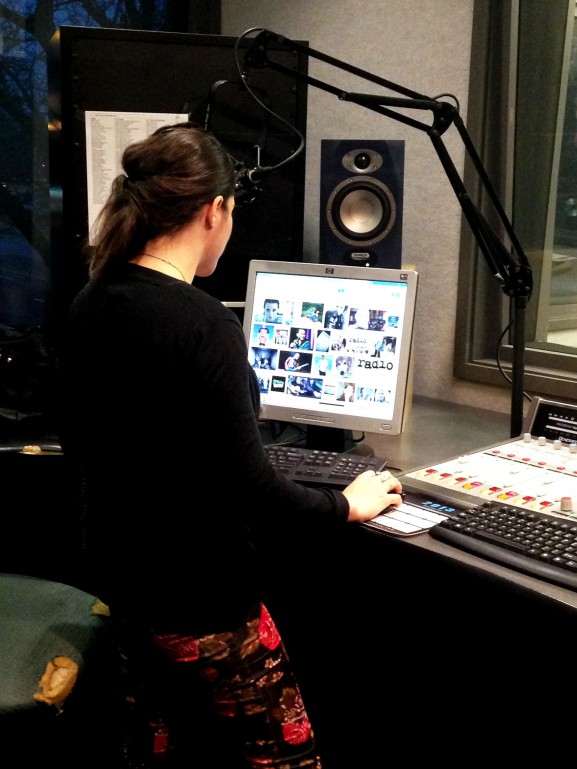 “Bands will send their stuff here to have people listen to it. A lot of times it will end up on the kitchen table,” Genevieve said.

She explained the station employees pick through the incoming CDs set on the table and share their favorites. Both Rollins and Genevieve agreed working in radio is a demanding and time consuming job, but when the love of music is there, it’s worth it. It’s a dedicated marriage between artists and radio employees.

Rollins said daily 10-hour workdays would be near impossible to bear without a passion in the industry.

“It would be really hard to do if I didn’t care about the music,” Rollins said.

Rollins said her favorite part is seeing the evolution, growth and change Philadelphia artists go through, and wants to see them progress to the next level, including landing record deals. A few of her favorite local musicians are those that have been selected for the Live at 5, including four-piece indie band The Defog, who covered an MGMT song accompanied by a 20 person choir.

“I’m so proud to be a part of it,” Genevieve said of Radio 104.5’s local music support system.

Perhaps in 10 years, one of those young Scouts will be an up-and-coming local musician, inspired by the outcome of accepting an invitation from 104.5 to watch a local band live their dream of having their song broadcasted to thousands.

– Text, images and video by Chynna Mela and Courtney Rowland

Modest and unassuming Quaker memorials at the Fairhill Burial Ground reach no taller than a shinbone and stand in great contrast to the looming trees growing throughout the cemetery. “Quakers believe in the inherent equality [continue reading…]

Although some outsiders hate to admit it, Philadelphia has both a prominent and flourishing art scene. We are no New York when it comes to this stuff, but there is definitely a significant amount of [continue reading…]