In a city where coffee shops and roasters trump nearly every other food service market, cafes continuously strive to stand out above the rest. For many of these businesses, tea may be the answer.

Throughout Fishtown, where independently owned coffee shops populate the majority of the retail business in the neighborhood, coffee is nearly a necessity, even for shops that specialize in tea from all over the world.

“Since we’re a café in Fishtown, serving coffee is pretty inevitable,” said Ansley Sawyer, barista at Steap and Grind. “We carry about 60 or 65 different teas, but we also have a full service café and bar with cappuccinos and lattes.” 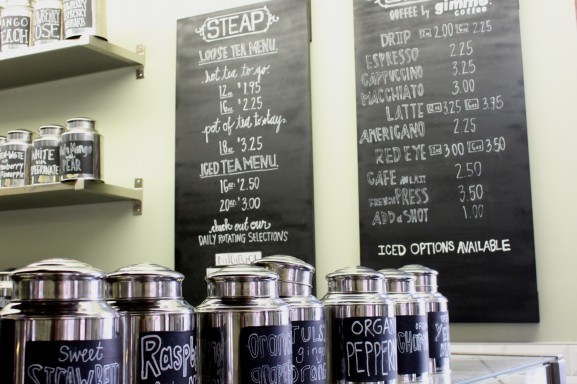 Steap and Grind, located on the corner of Frankford and Cecil B. Moore avenues, is the sister store of a larger specialty tea shop in Center City, Premium Steap, which strictly serves only tea, with an assortment of more than 200 varieties.

When choosing a coffee roaster, Steap and Grind opted to steer clear of the popular companies used among other cafes in Fishtown by selecting Gimme! coffee from Ithaca, New York.

“A lot of places in Philly, they have a kind of competition among which coffees they use,” said Sawyer. “My boss didn’t want to be a part of that scene and decided to go with a completely different source.”

Due to the fact that there is a general emphasis on coffee in Fishtown, a specialty tea café, such as Steap and Grind, is out of the norm.

“People come in and they ask for just chai, well then we have to ask what kind of chai and for some people that’s not what they want,” said Sawyer. “They’re used to Starbucks and they just want their syrup, their venti, you know, whatever they have there and that’s OK, but if you really want good tea, this is the place.” 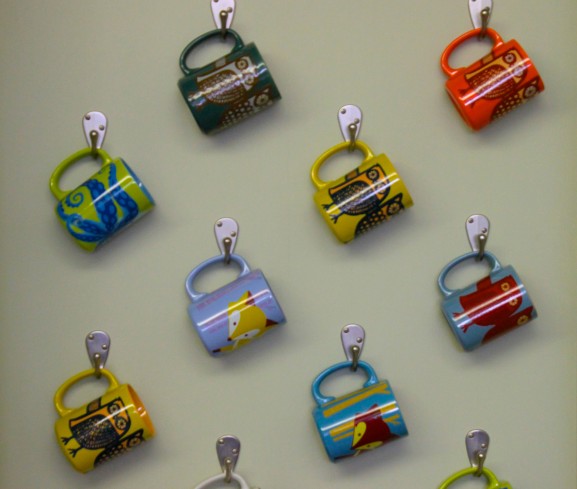 At Steap and Grind, tea and coffee are to be served just as honest as they were grown. Only utilizing the additives of agave, honey and pure chocolate syrup, the shop does not stock any syrup that contains high fructose corn syrup.

“All of our teas can be combined to taste almost like a flavoring,” said Sawyer. “People ask for vanilla flavoring syrup, so we have to explain that we can’t do that, but we can do something similar. So you end up having a longer conversation, but that’s the kind of culture we want to have, where we just don’t do what’s easy.”

With the more prominent appearance of independent specialty tea cafes throughout Philadelphia, more coffee shops are extending their skills to serve tea as well.

“You can generally tell a quality coffee shop by the type of tea that they sell,” said Whitney DiTaranto, Fishtown resident and barista at David’s Tea in King of Prussia. “They will serve it loose leaf and steep it for the appropriate amount of time until it’s done to perfection.”

However, this mastering of quality tea is difficult and expensive to perfect.

“To specialize in tea, you need to make a significant upfront investment and you have to source your tea,” said Sawyer. “People love to talk about organic, but it’s also about where you import it from, so all of these different factors start to play in.” 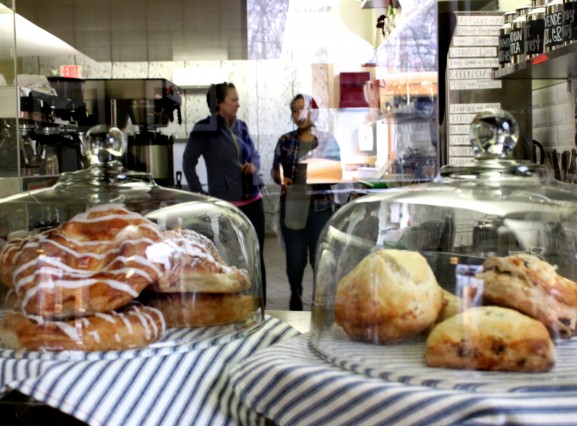 The importation just begins to describe the measures taken toward having a niche market of tea. Not only is research required to understand the best regions for certain types of tea, but it is also a matter of understanding the flavors from all over the world.

“Importing from Germany, Russia, Japan or India is the best, but they all have very different teas,” said Sawyer. “It can be a huge hassle just to get to this point where you are answering where you want to get different teas from.”

It is not just the matter of sourcing that becomes an issue, but also the proper storage of tea once it is in the shop, where the individual canisters require two levels of sealing to sustain the lives of the loose leaves.

As for other Fishtown coffee shops adapting to tea culture to stand out above the rest, it is a lot more  troublesome and requires more dedication than serving assortments of coffee. 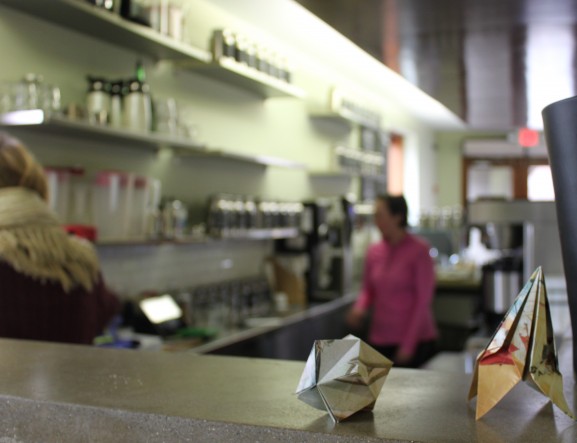 “I think a lot of other people just like to focus on coffee because it’s easy and in terms of business sense there’s more emphasis on coffee, so I don’t think that’s necessarily a bad thing,” said Sawyer.

While many surrounding Fishtown cafes only serve bagged tea as an option, making a transition to a wider selection of specialty tea is not something that could economically or physically happen overnight.

“I don’t think other places could begin to compete with the diversity of tea that we have, but I hope they do,” said Sawyer. “As a consumer, I would want to go to a café and have the option of seven different kinds of green tea. To me, that’s awesome.”

Cresheim Road resident Ginny Barnwell had no idea she needed to be concerned after a local construction company bought two homes a few doors from her in February. Barnwell, who’s lived on the 7000 block [Read More]

The Legendary Dobbs used its popularity in the Philadelphia music scene for a worthwhile cause. The renowned live music venue on South Street hosted The Truce Initiative’s inaugural benefit. Founded by Chuck Ahrens, the eight-month-old, [Read More]