It’s official. Doug Oliver, a former PGW executive and press secretary for Mayor Nutter, is running for mayor. He announced his candidacy over the weekend and is officially ready to begin his campaign.

The 40-year-old Germantown native sat down with Philadelphia Neighborhoods to discuss his vision for Philadelphia if he is elected as mayor.

Why do you want to be mayor of Philadelphia?

I’m a lifelong Philadelphian, born and raised. I grew up in the Germantown section of the city and I love this city. I’ve had the good fortune of being able to live in other cities, travel around and I’ve seen a lot of things but this is home. When it comes to the challenges that face this city, I think we need a new approach. Rather then sit back and point fingers, as we often do, we decided to be apart of the solution.

What are the main focuses of your campaign?

We have three main focuses of our campaign – education, job creation and the third isn’t so much of an issue, as it is an approach to how we solve the challenges that face us, and that’s fairness. If I had to choose between education and job creation, I’d focus on education. That’s the number one thing that I think this city needs to focus on because the impacts of having failed in that area are being felt all across our city.

How would you aim to effect change in education in Philadelphia?

The mayor has very little ability to affect the school system with the stroke of his [or her] pen, and I knew this going in. For me, this means having a strong working relationship with two bodies in particular – City Council and the folks in Harrisburg. If we want Harrisburg to contribute more money, we have to show them that we are managing the money well.

I would like to see a top-to-bottom forensic audit of the school system to see how we are spending money, not because I think somebody is mismanaging the money, but we have the opportunity to demonstrate how that money is spent. If we run into road blocks in Harrisburg, we as a city need to be prepared to take the tough steps to make sure we’re not failing our kids, while we continue to fight as adults. At the same time, we can’t continue to raise taxes in a city with already high taxes and expect growth. It’s not an easy answer, because if it was we would have found it already, and I’d be weary of anyone who says they do right off the bat.

What’s your vision for Philadelphia?

My vision of Philadelphia is it’s young, vibrant, moving and exciting. We have over 100,000 college students just from the five colleges in the city and we need to capitalize on that potential. It was said to me once that Philadelphia is the city of perpetual potential. If we don’t have jobs for college students when they graduate, they are going to leave. If we don’t have schools for their kids by the time they have them, it’s the same answer. If we don’t actively take into account their concerns, then we lose them, and we miss out on their potential to take our city from good to great.

How do you think the fact that you have never held elected office affects you?

I would ask, why is that the standard by which we select our leaders? I’m not a career politician. I’m running as a citizen representative. We need leaders who are willing to make decisions not based on how it appears for their re-election. We need to do something different, and I know I’m not alone on this, look at the voter engagement. Only 18 percent of registered voters turned out in the last [2011] election, and 30 percent in the one [2007] before that. That’s 85 to 70 percent of voters that aren’t engaging. Not because they are lethargic, but I feel that it’s they are not being represented.

How do you plan to change that?

We would like to raise voter engagement by 15 percent, which would roughly bring 150,000 new voters to the table. If you’re a new voter, that means you’re being engaged and you’re asking questions and listening to the answers. In a city with 50,000 new members under the age of 35, we’re confident that they know who represents their interests best.

How would you respond to the question, who is Doug Oliver?

I’m a lifelong Philadelphian who cares about this city. I’m outside the box. I respect tradition but I’m not confined by it. I quit my job because I believe in this process. If we don’t have people at the wheel who are there for the right reasons, we’ll keep getting what we’ve been getting. I’m not a politician, so if you’re looking for my record you wont find it. 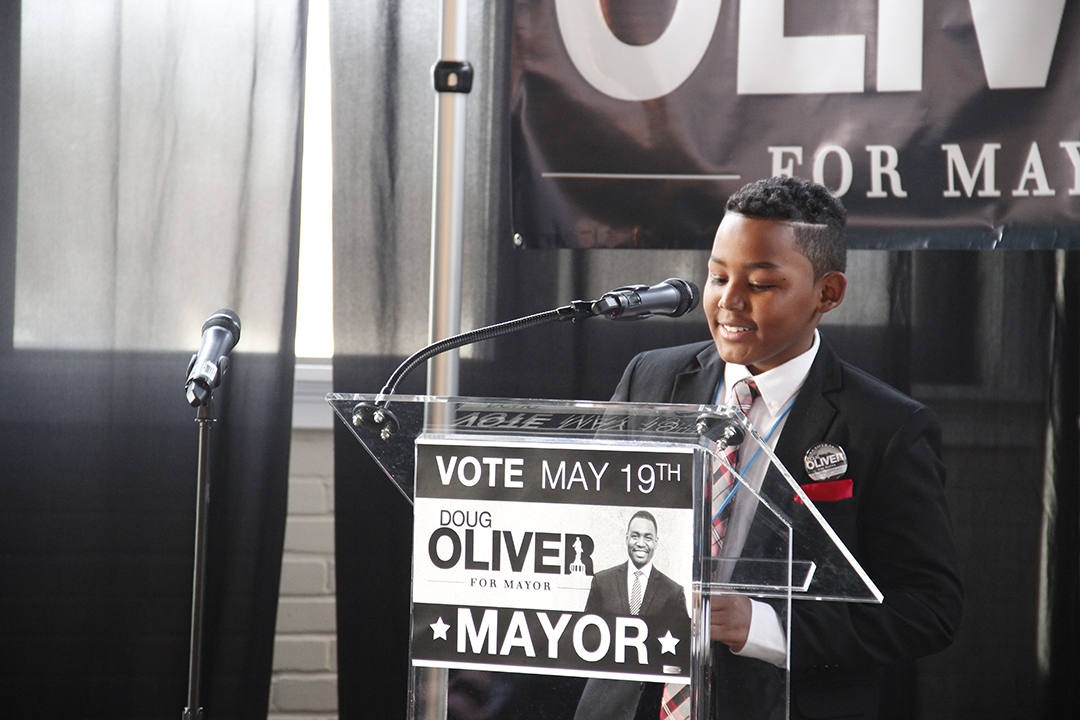 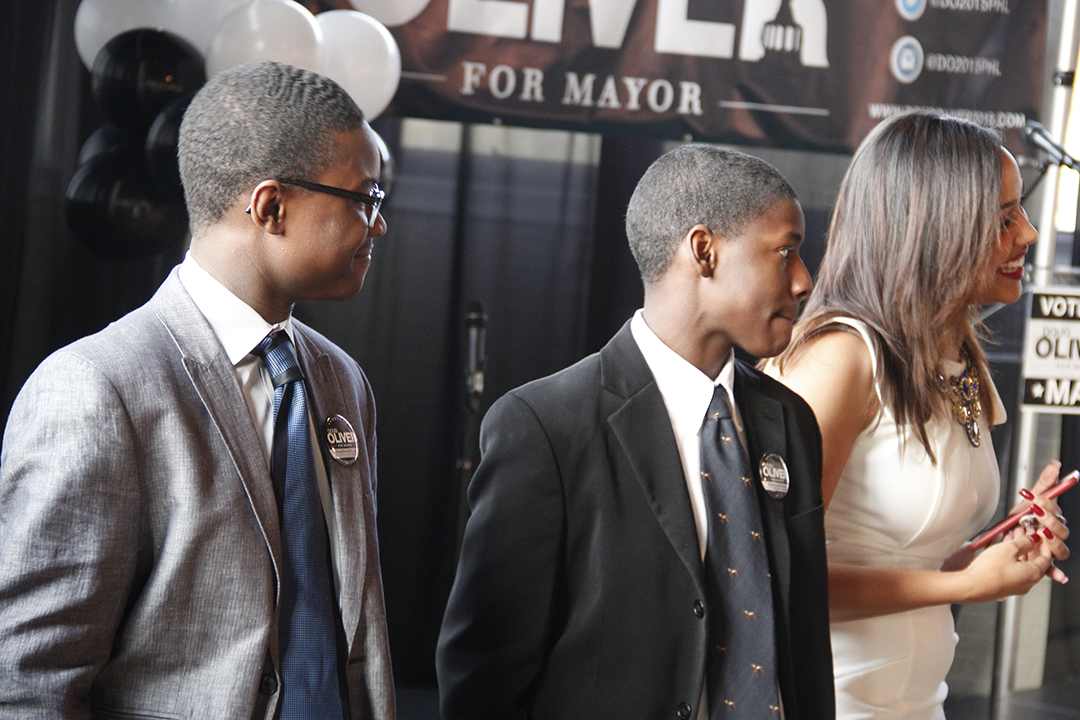 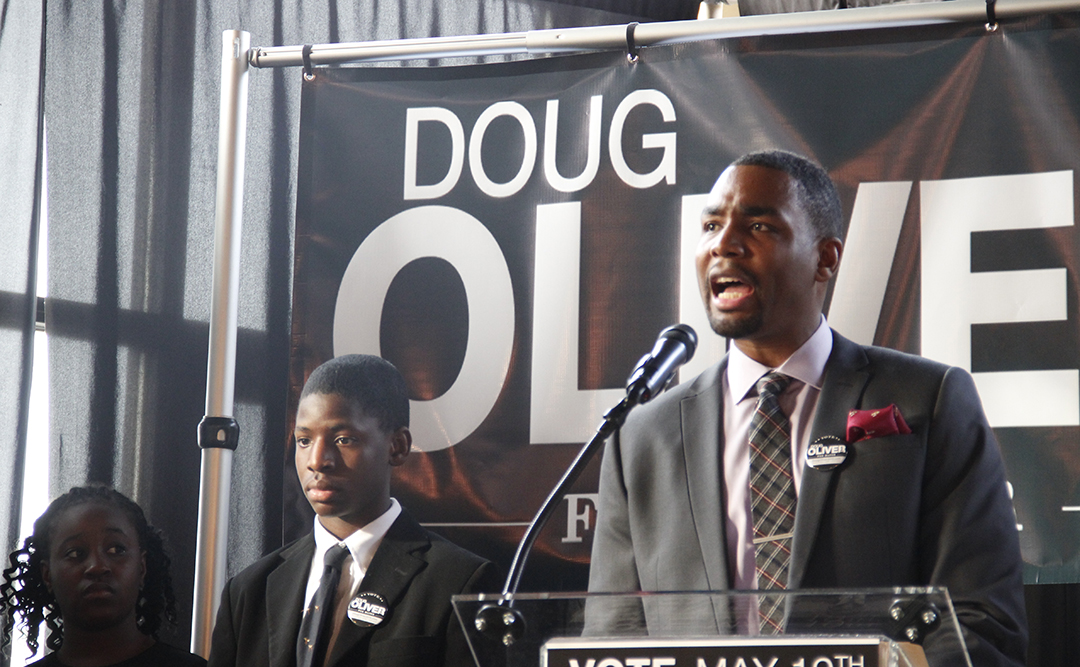 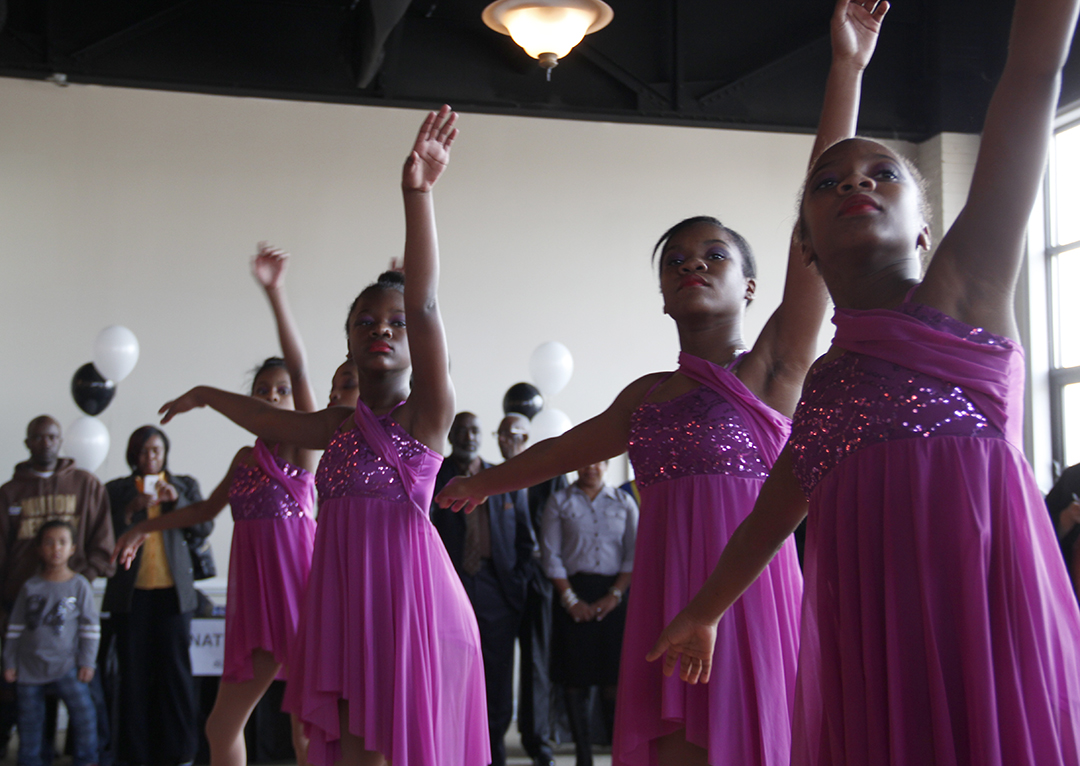 Voices in Frankford have united, stating that crime is the primary concern for their neighborhood. Many believe the next mayor of Philadelphia has a responsibility to tackle the issue, even if they don’t agree on [continue reading…]

Strawberry Mansion residents shared their concerns about the upcoming 2015 mayoral primary, and the impact a new mayor might have on the community. Many residents focused on the quality of education in the area, as [continue reading…]