Voices in Frankford have united, stating that crime is the primary concern for their neighborhood. Many believe the next mayor of Philadelphia has a responsibility to tackle the issue, even if they don’t agree on the best candidate for the position.

“Hopefully the next mayor steps in and does something because it’s only gotten worse,” Bernadette Langdon said regarding crime.

Langdon, 46, has lived in Frankford more than 20 years and insists that the community needs additional help.

“The community certainly doesn’t feel there’s enough police around, whether it be SEPTA or Philadelphia police,” she said. “This neighborhood has been going downhill for many years. Maybe it’s just a lost area in the Northeast.” 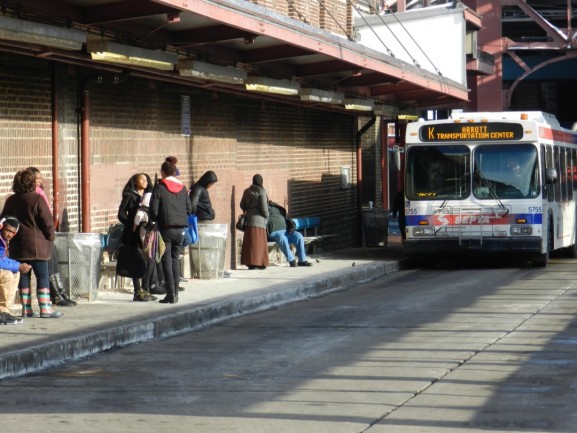 Crime has always been a serious issue for the entire city of Philadelphia. However, in 2014, the number of homicides in the city fell to a historic low. According to PPD statistics, the homicide total in 2014 was 248, one below the 2013 total and a 25 percent drop from 2012.

Frankford is a part of Philadelphia Police Department’s 15th District, which is the busiest and largest district in Philadelphia. Officers in the 15th District patrol either all or parts of the neighborhoods of Bridesburg, Frankford, Tacony, Wissinoming, Mayfair and Holmesburg.

There has been plenty of talk about splitting the busy 15th district in to two, but one advantage Frankford has over the other neighborhoods in the 15th district is the availability of the SEPTA police force.

SEPTA police chief Tom Nestel spoke at a recent Frankford Civic Association meeting and answered residents’ questions regarding criminal activity under the SEPTA Market-Frankford Line, commonly referred to as the El. Local residents asked Nestel about the working relationship between SEPTA police and the PPD .

“We’re the little brother and they’re the big brother,” Nestel said. “I have offered to team up our officers. If they choose to use us a resource, then it’s up to them. I offer the resource, and the captain can use it as he feels fit. We’re there to help.” 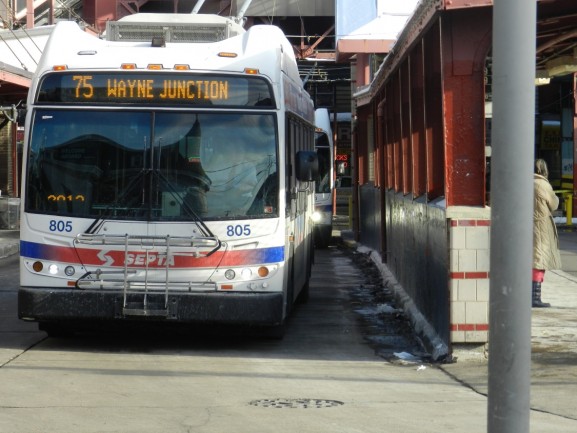 Nestel said he has positive relationships with both Captain McCloskey and Commissioner Ramsey but he also added that McCloskey feels he has adequate resources to handle the area. Disconnect between SEPTA police and the PPD is disheartening for many Frankford residents who don’t feel safe while riding SEPTA.

“I get off the at Margaret-Orthodox [station], and catch the bus five days a week,” resident Adam Davies said. “I don’t feel safe taking the El. Not at all. People don’t take SETPA police seriously. I just keep my head down but my eyes open.”

SEPTA police and the 15th district have a lot on their hands as the 15th led all Philadelphia police districts in Part One incidents – homicides, rapes, robberies, aggravated assaults, thefts – from 2006 to 2013, averaging 7,000 incidents per year. Although the national crime rate has fallen drastically, those statistics demonstrate what many residents in Frankford are concerned about.

“All I see police doing is standing on the corner talking to each other,” resident Patrick Fishburn said. “They don’t spread out and try and contain the area. The El is an open-air drug market. There’s a lot of cops around because there’s a lot of crime. I think the next mayor, whoever it is, needs to hold Ramsey and the police force accountable.” 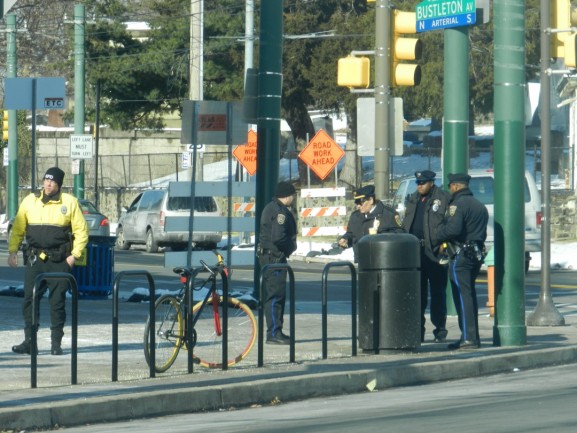 Six candidates have officially declared to run for the next election. Among them, three seem the most likely to be tough on crime based purely on their past experiences and positions with the criminal justice system.

James Kenney has worked as a city councilman and has openly supported hate crime legislation to protect LGBT rights, as well as the decriminalization of marijuana.

Lynne Abraham currently works at law firm Archer Greiner as an attorney but her past experience as the first female district attorney meant that she dealt with crime on a daily basis. According to her biographical statement, Abraham annually prosecuted 70,000 criminal cases as district attorney.

She has also been referred to as “one tough cookie” by former mayor Frank Rizzo, who prompted one of the toughest crack downs on crime the city has ever experienced. 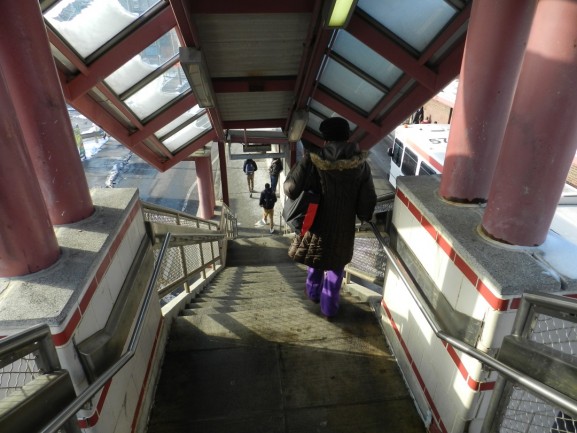 Although not known to be as tough on crime, Nelson Diaz has some support from the Hispanic community, who think he could be a better fit as mayor.

“I moved my family up here from North Philly to better myself,” resident Daniel Rodriguez said. “But Frankford is just as bad if not worse than North Philly, especially under the El. Hopefully Diaz can open his eyes and provide real change all over the city.”

Frankford residents may not agree on which candidate is best suited to be the next mayor, but whoever can get SEPTA and the PPD to work together might at least be a start for Frankford.

“There are rundown houses all over, which open the door for drug houses and prostitution,” resident Alicia Zekes said. “It’s not just the El. The neighborhood around it isn’t safe. No matter how much police you put on and under the El, go one block away and it’s just not safe at all.”

Julia Press Simmons, 34, has been writing since her father called her a “little liar” and gave her a pen and pad at the age of 11. He told her to start writing her lies [Read More]

On the evening of the grand jury’s decision in St. Louis to not bring charges against police officer Darren Wilson for the shooting death of Michael Brown in August, protests took place in cities across the [Read More]

Tioga-Nicetown and Allegheny West have consistently been portrayed in the news as poverty and crime-ridden areas. But often overlooked are the leaders that work in the community. Whether new to the community or long-time presences, [Read More]