The Legendary Dobbs used its popularity in the Philadelphia music scene for a worthwhile cause. The renowned live music venue on South Street hosted The Truce Initiative’s inaugural benefit. Founded by Chuck Ahrens, the eight-month-old, non-profit organization utilizes music as therapy for young adults at risk of self-harm.

“I started this because when I take my daughter to concerts, I hear from other teens about how the music of a certain band saved them from being depressed or suicidal,” Ahrens said. “When you’re in that really low place – and I was there when I was 26 – what got me through it was listening to music. Every time I listened to something that was a little more upbeat, it put me in a better mood.”

Kathleen Parsons, band coordinator for the organization, was responsible for deciding on The Legendary Dobbs as the venue to host the benefit. She recognized the notoriety of the venue and saw it as a possibility. She agreed with Ahrens on the subject of music, and the positive impact it can have on people who cope with an internal struggle.

“One of the things we like to say is that music is medicine,” Parsons said. “Music can give someone a moment in time to revamp and realize that there is more to life if they are feeling down or depressed.”

Chris Pelletier, doorman, booker and a 25 year veteran of the music industry, has seen similar benefits from attending shows.

“You can be prescribed all the medicine in the world, but sometimes all it takes is the magic of music,” Pelletier said. “It can take you away from your current situation for a few hours. Just the whole feeling of a musical community like we have here at Dobbs can take the pain away for a little while.”

The benefit allowed The Truce Initiative to set up a display table with information and souvenirs. This allowed music fans to get a first-time look at what the organization is all about. Ahrens’ idea for the organization came from his own personal experiences, and observing how others perceived music. 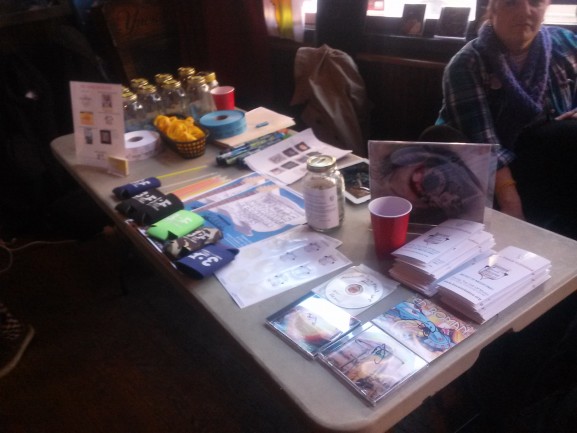 The Legendary Dobbs was a prime location for Truce Initiative to begin their fundraising to provide concert tickets for at-risk youth. Nine bands took the stage and drew a sizeable audience for the relatively small space. Pelletier explained what attracted music fans to the venue.

“When it opened in 1974 it was considered an alternative to the bigger venues in town,” Pelletier said. “We were lucky enough to host bands such as Nirvana, Rage Against The Machine and Tool. Since the club is well known, it’s kind of putting a face on The Truce Initiative and making people aware.”

“One of the bands that is playing tonight told me that Dobbs would be a great spot because everyone knows the history,” Parsons said. “I figured it was a great opportunity to try. Nina, the owner, was very receptive, checked out our organization and gave us the support.”

Despite the long-running success of The Legendary Dobbs in the city, The Truce Initiative chose it after several attempts to convince other venues to host the event.

“The first one canceled on us because they said they couldn’t handle rock music,” Ahrens said. “The second canceled because they said our organization wasn’t big enough. After that, Kathleen found Dobbs and they were very cooperative.” 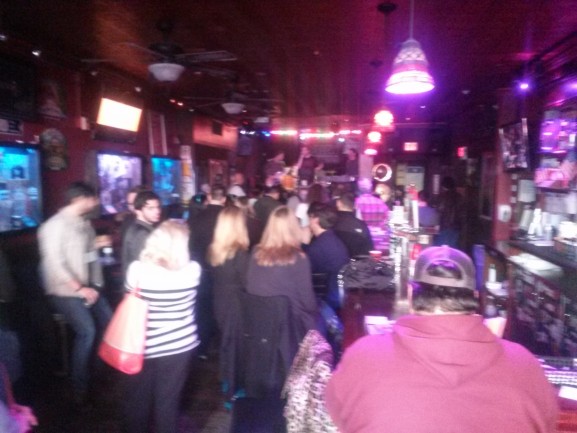 The assistance that The Truce Initiative hopes to provide was not lost on the musicians who performed at the benefit. Carter Henry, guitarist and vocalist of the New Jersey band Monterey explained why he feels the organization is so valuable.

“I saw the posting online and thought it was a great cause,” Henry said. “I’ve had some family members suffer from depression and thought it was something we could hop on. I think music’s a great way to get it out there because it needs to be talked about.”

While the benefit at the Legendary Dobbs proved there is an audience for The Truce Initiative’s message, the organization has plans for expansion.

Over the past eight months, The Truce Initiative street team members attended shows in Philadelphia and handed out information about their cause. Ahrens highlighted the importance of these actions, and why they are critical for his organization to take the next step.

“Through social media I’ve gotten contacts from people in the Netherlands, Germany, Australia, all of which would join the street team and are looking to do things in their own country,” Ahrens said. “I’ve been told by everybody who’s joined up what a great idea this is.”

Other members highlighted plans to expand in a national setting. 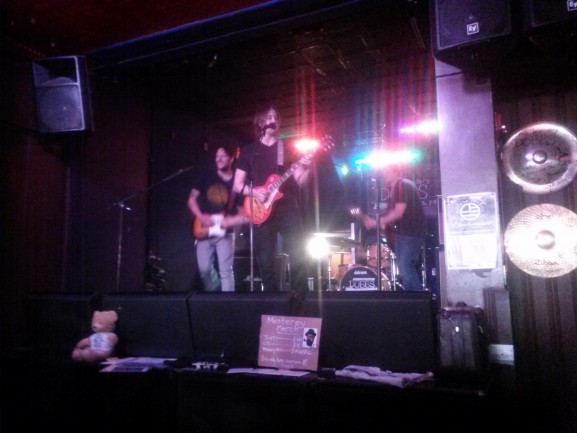 “We wanted to start in Philadelphia because of how great the music scene is here,” Parsons said. “But we’ve been looking and talking to people in California to see if anyone would like to continue what we’re doing out there.”

If all goes as planned, the organization may even make an appearance at one of the highest grossing summer music festivals.

“One of the things we’re trying to raise money for is to get a promotional tent at Warped Tour,” member Nicole Bifulco said.

At the moment, The Truce Initiative remains a local endeavor. Regardless of location, it is the core principles of the organization that they hope will achieve their goals.

For those that attended the benefit show, those goals were recognized. The Truce Initiative’s message remains simple, yet powerful. They are convinced that music can save lives.

“Ever since man first put an animal skin across a hollow log, music has been important,” Ahrens said. “I think that by getting kids out to see their favorite band, it connects them with that. What really helps is them knowing that there is someone out there who understands what they’re going through.”

– Text and images by Patrick Smith.

One of the greatest challenges musicians face is how to make a living off their craft. Rob Swift and Tom Williamson, members of the band, The Rivals, are attempting to supplement their band income with [continue reading…]

Historically, business in Brewerytown has had its ups and downs. The arrival of prohibition in America shut down its booming breweries and distilleries, but industry survived into the mid 1900s. By the 1980s, jobs disappeared and [continue reading…]