Will Detweiler moved his family from a small farm in Montgomery County to Chestnut Hill in the late 1960s. Detweiler was drawn there by a number of factors, but the community itself was at the forefront.

“The ambiance, the quality of life, the spirit,” said Detweiler. “This community has love, appreciation and enthusiasm for Chestnut Hill.”

One of the first things Detweiler and his wife Susan did after the move was to join the Chestnut Hill Community Association (CHCA).

The CHCA has been around for about 65 years according to Detweiler, who is currently in his second go-around as the CHCA’s 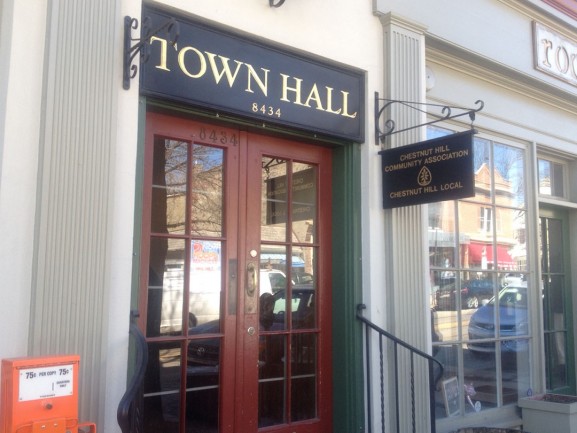 According to the group’s mission statement, their goal is to be “dedicated to encouraging a sense of community in Chestnut Hill and to improving the quality of life in the community.”

Detweiler says that the impact the CHCA has had on the neighborhood is clearly evident.

“The last time I was president, it was horrible,” said Detweiler. “The leaves weren’t picked up, you couldn’t find a patrol car anywhere. That’s no longer the case. Trash gets picked up, cops patrol the area regularly, it’s a lot better.”

When it comes to which parts of the community the CHCA is involved with, Detweiler says that it knows no boundaries.

“I like to think of the association as kind of the ‘umbrella’ organization within the community,” said Detweiler, “because we are very active and involved with all aspects of the neighborhood.”

The CHCA is a mostly volunteer organization with about 2,000 members, and a board of directors consisting of 20-30 board members.

Within the association are a few different divisions. The CHCA has a division for operations, which deals with the various events run by the association, as well as membership and funds. They also have a physical division, which handles development and zoning issues, and also the group’s Green Space Initiative and the beautification of Chestnut Hill.

Another division of the CHCA is a social division, which among other things, handles the Chestnut Hill Local, a weekly newspaper that Detweiler says is an important part of getting the group’s messages out there.

“The Chestnut Hill Local acts as a community bulletin board where people can have opinions, write letters, form a dialogue with others,” said Detweiler. “It’s like a community forum.”

Detweiler also stressed the importance of funding for a volunteer group, and that is why 40 years ago, the Chestnut Hill Community Fund (CHCF) was introduced.

The CHCF is the fundraising arm of the association, and can be contributed to by anyone, not just members of the CHCA. 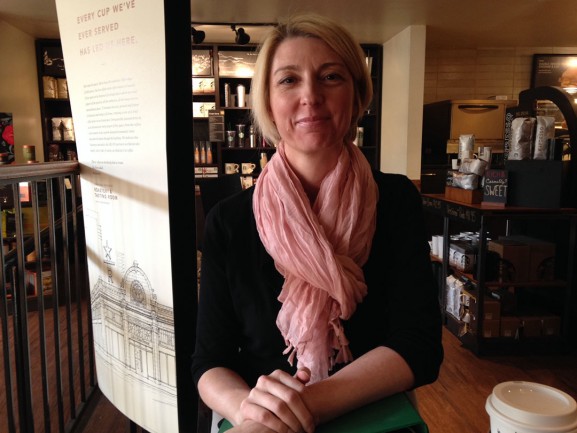 The CHCA’s Vice President of Operations Laura Lucas (pictured left) said that there are four purposes of the fund.

“The fund seeks to find programs that enrich the lives of Chestnut Hill residents in education, human services, cultural activities, and physical beautification.”

Detweiler and Lucas explained that the CHCF is a 501(c)(3) organization, meaning that it is tax-exempt. They accept donations from the public.”

“The fund can give money to support the events that we run,” said Detweiler, “but they cannot give money to us to run our daily operations.”

The CHCF has an annual fund drive to raise funds for various non-profit groups and organizations in Chestnut Hill and surrounding communities.

“We strive to raise money each year,” said Lucas. “The goal is usually around $100,000 and we distribute that money in grants to area non-profits. Last year, we gave grants to about 20 to 30 groups. It’s always one of the most rewarding things that we do.”

There are a number of groups that benefit from the CHCA and the CHCF, including a group that cleans up the area around the Wyndmoor train station to make it more physically and visually appealing, as well as Chestnut Hill Youth Sports Clubs, who receive money from the fund for things like upkeep of their fields, and Lucas said this past year, the group got a grant to rebuild its equipment lockers.

Lucas says that being able to meet with these groups and learn about them helps to strengthen the sense of community in Chestnut Hill.

“You not only get to meet all the community leaders, but you get to learn about what they are working on and the impact they will have on the community,” said Lucas.

Another way that the CHCA impacts the community is by hosting a number of events during the year.

In addition to the fund drive, Detweiler and Lucas say that one of the most popular events each year is the Black and White Gala. This event is almost exclusively volunteer driven, and it is accompanied by a live auction and silent auction. According to the CHCA’s website, over 200 people attended this event held at the Philadelphia Cricket Club in 2014.

Another popular event according to Lucas is the Hoops Madness Basketball Tournament held in March. Coinciding with the hype surrounding March Madness, is a fundraiser featuring a 3-on-3 basketball tournament for both kids and adults, as well as various competitions like a 3-point shooting contest and a half court shooting contest.

“It’s not all about the money though,” said Detweiler. “It’s mostly to provide a fun activity for the kid.”

One of the most well attended events that the CHCA puts on is their series of free summer concerts in Pastorius Park, just a few blocks west of Germantown Avenue. Sponsored by the CHCF and the Chestnut Hill Hospital, Lucas says that these concerts give families a chance to take advantage of a great space that Chestnut Hill has to offer.

“The concerts tend to be well attended,” said Lucas. “They allow families to pull out their picnic blankets and picnic baskets and things like that, and just enjoy a night of music and fun.”

Both Detweiler and Lucas noted that with the CHCF being tax exempt and the association not tax exempt, it provides some difficulties when it comes to fundraising. But that could all change soon.

The CHCA is currently in the process of becoming a 501(c)(3) organization, which would make it tax exempt. According to Detweiler, the paperwork is done and the IRS has accepted the group as tax exempt, the CHCA’s board just needs to vote on the matter and make some minor changes to their bylaws.

“I’m very excited for the future. Becoming a 501(c)(3) is going to open a ton of opportunities for us when it comes to fundraising,” said Detweiler. “I’m looking forward to what we’ll be able to do.” 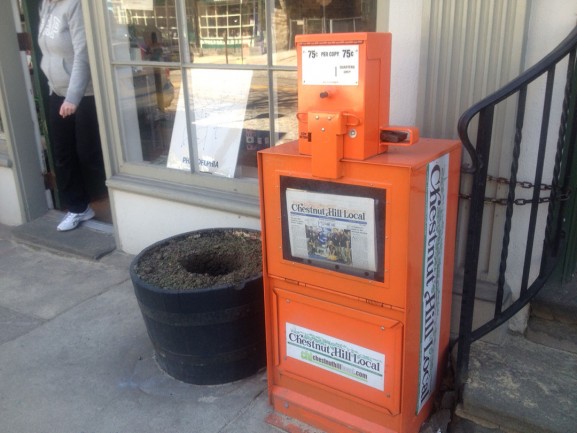 The CHCA is also constantly looking for new members and volunteers. Membership is $50 per year, and with that comes a free subscription to the Chestnut Hill Local.

“We have great volunteers,” said Detweiler. “We just don’t have enough of them.”

According to both Lucas and Detweiler, the CHCA is held in very high regard with the city of Philadelphia and they hope that the group can continue to make a large impact on the Chestnut Hill community.

“Chestnut Hill is the type of community where you know your neighbors and everyone works together to make this a great place,” said Lucas. “The Chestnut Hill Community Association helps bring everyone together.”

– Text and images by Jayson Loose and Kevin Wright.

Mycea Morris-Hayes was walking down Germantown Avenue on her way to the library when she saw that the door of Germantown’s Town Hall was open. Curiosity drove her to walk up the stone stairs into [continue reading…]

Weaver’s Way co-op in Chestnut Hill recently celebrated its members this past week. All current members received additional discounts at the register in appreciation of the continuing support for the local sustainable produce and food [continue reading…]

Fall weather and the idea of harvest have fast approached. Leaves have begun to turn colors, as pumpkins have been set out in the fronts of homes. The Awbury Arboretum in Germantown is also capturing [continue reading…]