Eliza Maria has been modeling since she was 14 years old. When she began her career as a model, professionals in the Philadelphia fashion industry did not take her seriously, because of her inexperience.

“Everyone was like, well, come back when you get a little older,” Maria said. “Regardless of my age, I still did my shoots anyway with people who would work with me.”

Afterwards, Maria’s keys got locked in her car. She worried about how she would get to her next photo shoot.

“I had to call my photographer and tell him I would be late, until I found a way to get my keys out of my car” Maria said.

Determined to get to her next photo shoot at 7 p.m., and she arrived there less than 30 minutes late.

“This is my second time shooting at this studio and I hope it will be as good as before,” Maria said.

Located in a warehouse in the Germantown section of Philadelphia, from the outside, the studio appeared to be abandoned and very dark.

But the inside of the studio was filled with bright lights and abstract paintings along the walls.

Photographer Chris Friedhofer began to set up for his photo shoot with Maria, positioning standing bright lights around a white backdrop. 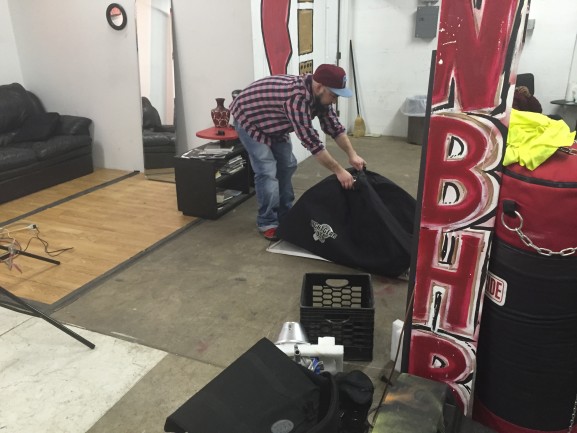 “When all the equipment is ready to go, everything is else is pretty much easy,” Friedhofer said.

As a model, Maria prepares her body for photo shoots months in advance, through healthy eating and exercise.

“When I found about a shoot, I cut junk food out of my diet to get my body right,” Maria said. “I will drink only water and make sure to eat fruits and vegetables.”

Philadelphia has been a place for Maria to network with professionals in the city’s fashion industry.

“I like the people who I work with in Philadelphia,” Maria said. “I feel like everyone I have worked with I created a good not only business relationship with them, but friendships.” 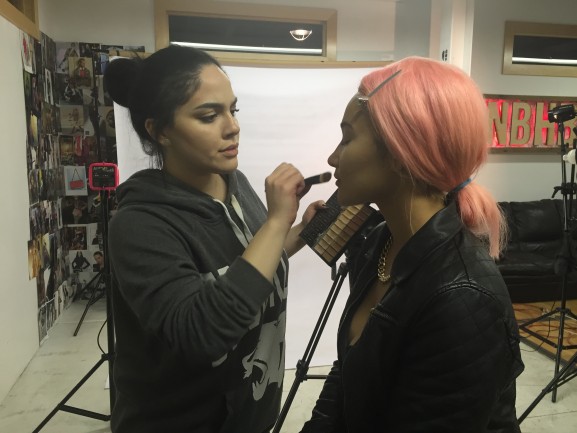 According to Maria, she hopes that the Philadelphia fashion industry can expand throughout the years.

“I’ve worked with almost everyone in Philadelphia and you kind of run out of things to do here,” Maria said. “Philadelphia is not a big market for modeling or fashion.”