While the one year anniversary of Sister Muhammad’s Kitchen re-opening approaches, the staff couldn’t help but appreciate how much of an impact the restaurant has had in the community. In 2011, Sister Muhammad Kitchen was forced to shut down due to eminent domain and reconstruction plans by the Nicetown Community Development Corporation. Their purpose was to revive the community of Nicetown by adding stores and buildings for people to stay. 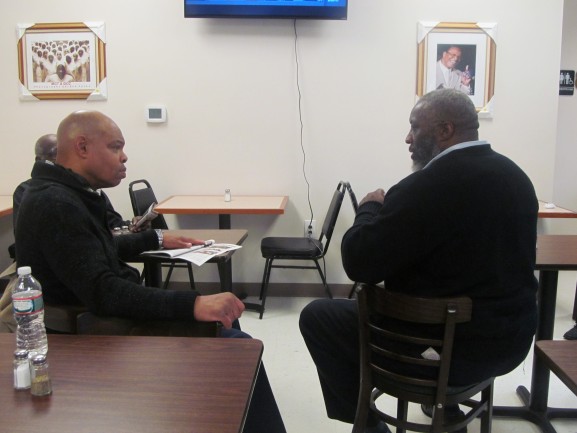 Despite the hardships the staff faced and the restaurant closing, the community still had hope for new endeavors.

“When the re-developers were designing and building their units, the community actually requested the return of Sister Muhammad’s Kitchen,” said co-owner Keith Muhammad.

Sharon Muhammad, owner of the restaurant, remembers the support that her fellow members gave 16 years ago before the restaurant transferred from a takeout place to a comfortable diner.

“When we actually came here there was nothing here. It was a small building and everything around was a dirty vacant lot.  People would come and throw their trash and we would clean it up,” Muhammad said.

“After awhile, some of the neighbors started actually coming and cleaning it up for us because they were so happy that we were here.” 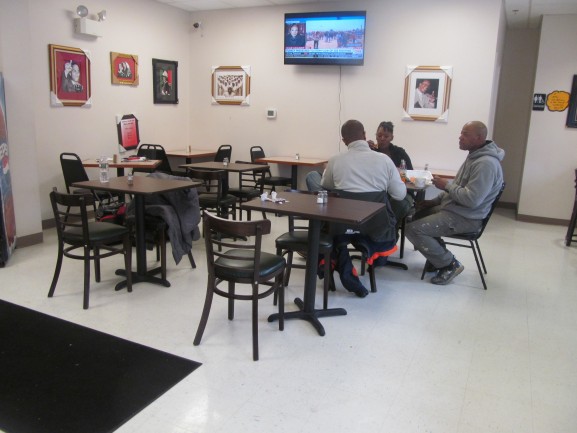 Philadelphia resident Darren Johnson has been a customer at Sister Muhammad’s Kitchen for two months and thinks the restaurant is a great place for him to dine in.

“I love being around the Muslim community,” Johnson said. “They’re clean and righteous people trying to be a good stable in the community.”

Johnson continued explaining that there is a food desert within the community and having Sister Muhammad’s Kitchen around offers tasty food and great quality.

“All the food is tainted that is being distributed around America right now. Muhammad’s Kitchen is the one place that doesn’t provide food like that,” he said.

Ed Muhammad, son of owner Sharon Muhammad, quit his previous job in order to help his mother with the restaurant.

“It’s a rough grind,” he said. “I’m a college grad and I could be making much more than I am making now, but at the end of the day family comes first.”

Sister Muhammad’s Kitchen is an example of a restaurant that returned after a few years of closing, which is a rarity for most small businesses. With support from the Nicetown community, the restaurant will continue to thrive in the city of brotherly love.