The primary elections in Philadelphia are less than two months away. Spruce Hill’s Carol Jenkins filed 2,673 signatures and 85 petitions to have her name placed on the ballot for the May 19 election as a Democratic candidate for City Commissioner.

With that momentum, Jenkins is focusing her efforts on campaigning full-time. 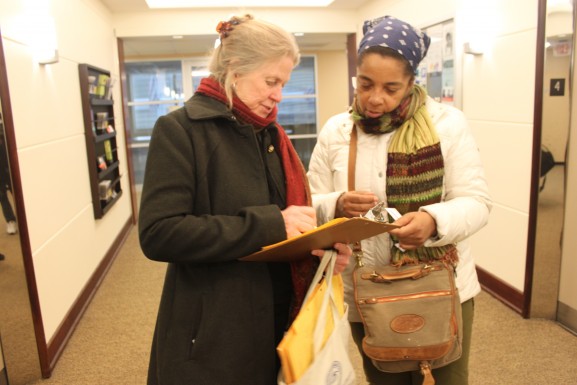 “It’s an extremely important office that no one knows about,” said Jenkins.

Jenkins was exposed to politics at an early age.

“My father was involved with politics and my uncle was an elected official,” said Jenkins. “I became very involved with the Democratic Party as an adult.”

While Jenkins did not always foresee campaigning to become an elected official in her future, running for political office was never out of the realm of possibilities for her. 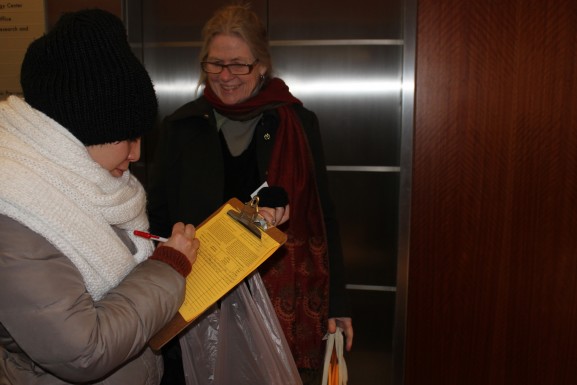 Jenkins is a longtime Philadelphia native, born at Temple University Hospital. She graduated from Indiana University Bloomington with a Bachelor of Science in secondary education and teaching.

In Indiana, the candidate for City Commissioner worked as a high school teacher then owned a small restaurant in Southern Indiana. Owning a small business is an experience that Jenkins describes as beneficial to her political campaign.

Jenkins returned to Philadelphia to further her education at Temple University, where she received her Master of Public Administration and Doctor of Philosophy in political science and government.

When Jenkins finished her doctorate, there were no jobs available in Philadelphia for teaching, so she became an administrator for U.S. Airways. Later, Jenkins got a position as an administrator at Temple University and then professor of political science.

She has been in Philadelphia for nearly 30 years now.

Jenkins feels that there is a real weakness right now with the City Commissioners office.

“[If elected] we would be expanding my experience city wide and my educational experience that I do within politics and within government,” said Jenkins. “So I think that I am just in the right place at the right time to run for this office.”

“I think the fact that she had a diverse background both in the academic side of things and in politics and just as a person who has lived in the city for a long time gives her an advance in terms of making the office work for everybody,” said Frank Chance, secretary of Friends of Clark Park and longtime neighbor of Jenkins.

One of the most significant reasons Jenkins is running for City Commissioner is to oust her predecessor Stephanie Singer.

“I think that my educational experience is much better suited to that position than Stephanie’s was,” said Jenkins. “She alienated a lot of the workforce, people who are essential for Election Day, such as ward leaders. I think that I can work with ward leaders because I’ve been a ward leader for so long and I can work with the bureaucracy that’s very large, that’s put in place to run elections in this city.”

Jenkins believes that hardest part of her campaign thus far is getting the word out to people, especially to students, as the 27th Ward in which she lives in is surrounded by the University of Pennsylvania and Drexel University.

She feels that there are so many elections in Philadelphia that people are not aware of the primary election and thus do not go out and vote.

In order to get her campaign messages heard by others, Jenkins is playing what she calls the inside and the outside games.

“This is traditionally what’s called a ‘ward leaders election’ because no one knows that this office exists except political players,” said Jenkins.

As part of the inside game, as board member of the United Nations Association of Greater Philadelphia and as the 27th Ward leader, Jenkins is looking to her colleagues to spread the word.

In terms of the outside game, Jenkins is taking advantage of social media, such as Facebook and Twitter. She has created a Facebook page called Friends of Carol Jenkins and a Twitter handle called @carolforphilly where she shares upcoming events and information about her campaign. 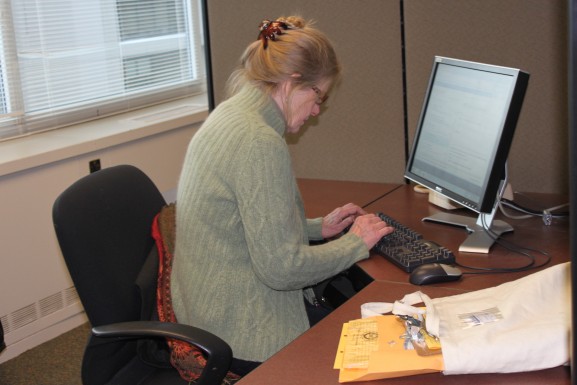 She is also taking advantage of print media by getting publicity through traditional and neighborhood newspapers.

If elected for Office of Philadelphia City Commissioners, one of Jenkins primary objectives is to use technology to modernize the office so that people have more access to information about election days in Philadelphia.

Jenkins hopes that her good government strategy will elect her as City Commissioner.

“Carol is a really good combination of no nonsense and fairness,” said Gwen Snyder, member of the Philadelphia Democratic Party. “She takes the time to help folks understand how the political system works. She has a practical knowledge and commitment to good government that the City Commissioner needs.”

– Text, images and video by Casey Yoos and Max McGee.

Philadelphia is frequently in the shadow of New York, Los Angeles, Las Vegas and Miami when it comes to electronic dance music but some top DJs’ roots are in the City of Brotherly Love. After [continue reading…]

Politics: To Keep Millennials In The City, Politicians Must Focus On the Schools

It is no secret that Millennials are fueling Philadelphia’s recent growth. Individuals aged 20 to 34 represent more than a quarter of the city’s population. According to the Pew Research Center, growth within this age [continue reading…]