Breakthrough of Greater Philadelphia, a six-year academic development program targeted at engaging low-income students from Philadelphia’s public schools, is dedicated to cultivating student achievement that prepares middle school students for higher education. Through the model of students teaching students, Breakthrough has created a safe space where underprivileged and underrepresented youth can flourish.

Breakthrough’s Germantown Friends School site manager Jamie Samilcar, like so many educators involved with youth outreach programs in underserved neighborhoods, is zealously dedicated to the overall well-being and academic achievements of Germatown’s youth primarily due to her personal ties to the neighborhood.

“Philadelphia is my home, so I went to Philadelphia public school for 12 years” said Samilcar. “It can be a very difficult system to navigate. I definitely had a lot of Breakthrough-type of people in my life who helped me navigate certain situations.”

Breakthrough of Greater Philadelphia, located in west Germantown, provides the neighborhood’s students with skills that are essential in order for them to properly navigate the public school system. The organization fosters a rigorous commitment to education while simultaneously acknowledging the children’s social and emotional needs. By operating on an average of a 6:1 student to faculty ratio, educators are given ample opportunity to employ an individualized level of attention through hands-on training and mentorship to students in a supportive atmosphere.

“Making that transition from middle school to high school, I was lucky enough to have had teachers who were there to help me with that transition,” Samilcar explained. “Breakthrough provides that service for students. Programs like this are necessary, especially in Philadelphia, because where you go to high school can make or break the rest of your educational career.”

It takes a calculated level of community investment in order to stimulate a functioning educational system where Philadelphia’s children are provided with a level of consistency and care in the classroom, no matter what neighborhood they come from.

“Breakthrough has allowed me to better myself, not only academically but also with social skills,” said Nia Caldwell, a student at Breakthrough. “It gives us more academic challenges as well as clubs and opportunities that wouldn’t be available at school.” 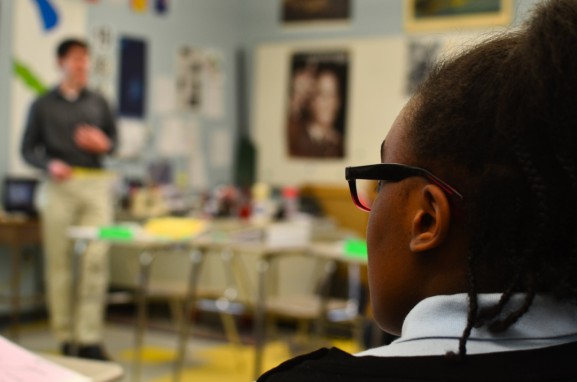 The notion that inner city public education is sub-par is neither unfamiliar nor surprising to Samilcar or her colleagues.

“I think it’s something that can be said about urban education in general,” Samilcar said.

“I think the schools in Philadelphia that work the best are schools that are community schools,” Samilcar said. “I think that one of the biggest shortcomings is that the schools that draw from too large an area are unable to create that sense of community investment. The idea that a neighborhood school isn’t a good school or the fact that students have to go so far away from their immediate neighborhood in order to get a good education is one of the school district’s biggest shortcomings.” 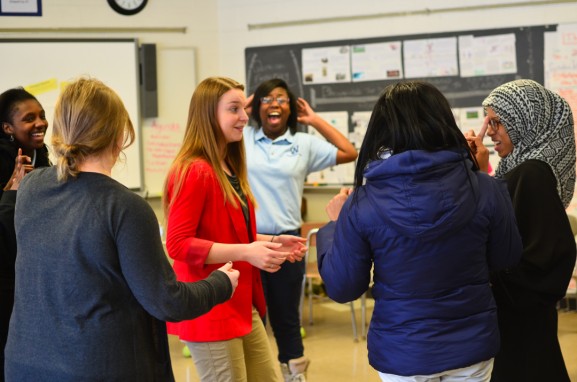 The redistribution of community investment into neighborhood schools is a newly allocated process that has been adopted by the Philadelphia School District as a result of parent’s and education advocate’s outrage and utter disappoint with the budget experienced citywide in 2014 as a result of “leveling” – the process the district employed to align its staffing projections with enrollment certainty. 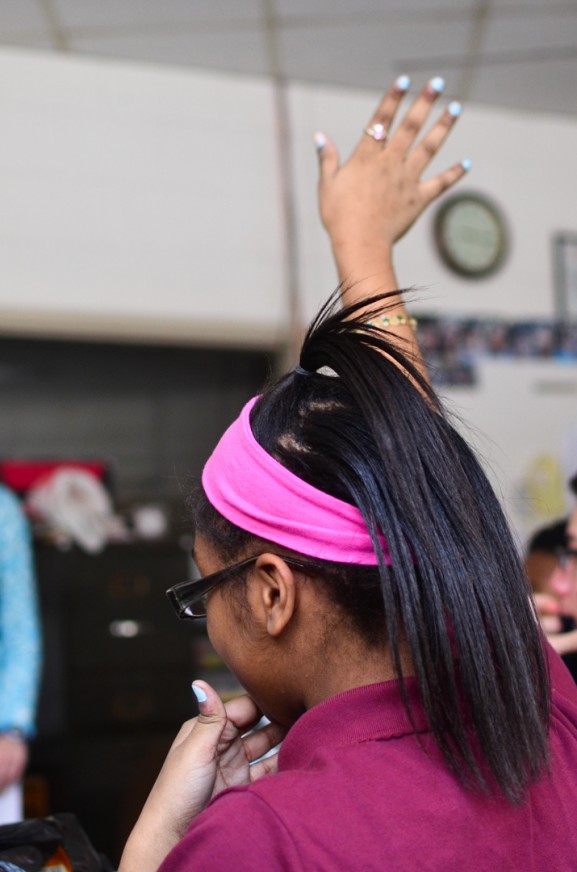 Breakthrough serves as a point of educational refuge for Germantown students. In many cases, children from the area and surrounding neighborhoods come from families who are struggling to stay afloat financially, and therefore are not afforded the same opportunities as those who attend private schools.

“We live in a day in age where some kids grow up and it isn’t a question of when and where,” said Parris Moore, the Drexel Middle School Site Manager. “They know they’re going to go [to college]. It’s a part of their culture. That’s not necessarily the case for a lot of our students.”

Breakthrough of Greater Philadelphia is a transformative experience for students and teachers alike. The organization has set the bar for a new model of a duel commitment that ultimately provides a binding pledge towards an honorable investment in education and equity for Philadelphia’s youth.

– Video and images by Jared Whalen. Text by Lauren Dunn.

Daivin Rivera was a victim of bullying for seven months before his parents found out. A truancy letter stating he had missed eight days of school arrived in the mail, driving his parents to ask [Read More]

https://vimeo.com/31147809] For the past four years, Karen Herring has spent the majority of her nights on the streets of Philadelphia. When there’s inclement weather, she will shift her transitory bed to the Suburban Station subway [Read More]

https://vimeo.com/29851753] Benjamin Hawkins sat in Vernon Park eating a chocolate cupcake he was given by the Vernon Park cleanup crew. Upon finishing the snack, Hawkins quickly tossed its crinkled wax wrapper to the ground. “Oh, [Read More]