The building’s intimidating pillars, strong iron gates and vast expanse could lead the unknowing viewer to believe that the school was untouchable. A 2013 vote by the School Reform Commission, however, shuttered GHS and 22 other Philadelphia schools in 2013 as part of a large-scale response to the ongoing education budget crisis in the city.

The school was built in 1914 to serve the developing area of northwest Philadelphia.

“After the turn of the twentieth century, Germantown’s population was rapidly growing,” said Alex Bartlett, librarian and archivist at the Germantown Historical Society. “We had the railroads and the streetcars, which made this area much more accessible to downtown Philadelphia. Given the growth in population starting around 1905 and into the early teens, it’s only logical that the school went in.”

Up until that point, there was no large public school. Rather, students attended a series of small neighborhood schools.

Chosen for its openness, flatness and accessibility to public transportation, a plot of land adjacent to Germantown Avenue became the home of GHS, which would serve both the local community as well as surrounding neighborhoods.

“Even though it was Germantown High School,” Bartlett continued, “you had a lot of people coming from neighboring areas like Onley, Ogontz, Tioga and some even from Chestnut Hill that would come down on the Route 22 Trolley.”

Though the area was fairly underdeveloped at the time, a large facility was constructed as the developers foresaw residential expansion.

“It’s a bit like some of the suburban schools where they are built quite large with the anticipation that the population will eventually fill it,” Bartlett said.

As a result of both the school’s accessibility and the region’s population increase, the school flourished, thriving until the midcentury.

It was in the 1960s that Germantown High’s bleak future began to form. In the wake of white flight, when hoards of white residents fled the city for the suburbs, the economic climate of the neighborhood drastically changed.

Additionally, the city itself was having economic problem, which meant the school district had funding problems.

“When you think about how in 1975, the building was already sixty years old,” Bartlett said. “So you would have maintenance issues cropping in which ultimately mean that [maintaining] the school wasn’t nearly so feasible.”

Over the next few decades, the Philadelphia public school system began to diminish even further. Germantown High School was just one of many schools that became too great a burden for the school district to bear.

In 2013, Philadelphia Public School Notebook reported that GHS was using just 31 percent of its building, with two thirds of the space sitting empty and unutilized. Less than half-a-year after the report, Germantown closed its doors.

On June 19, 2013, the last class of seniors exited the Germantown High Building. The building has been on the market ever since. 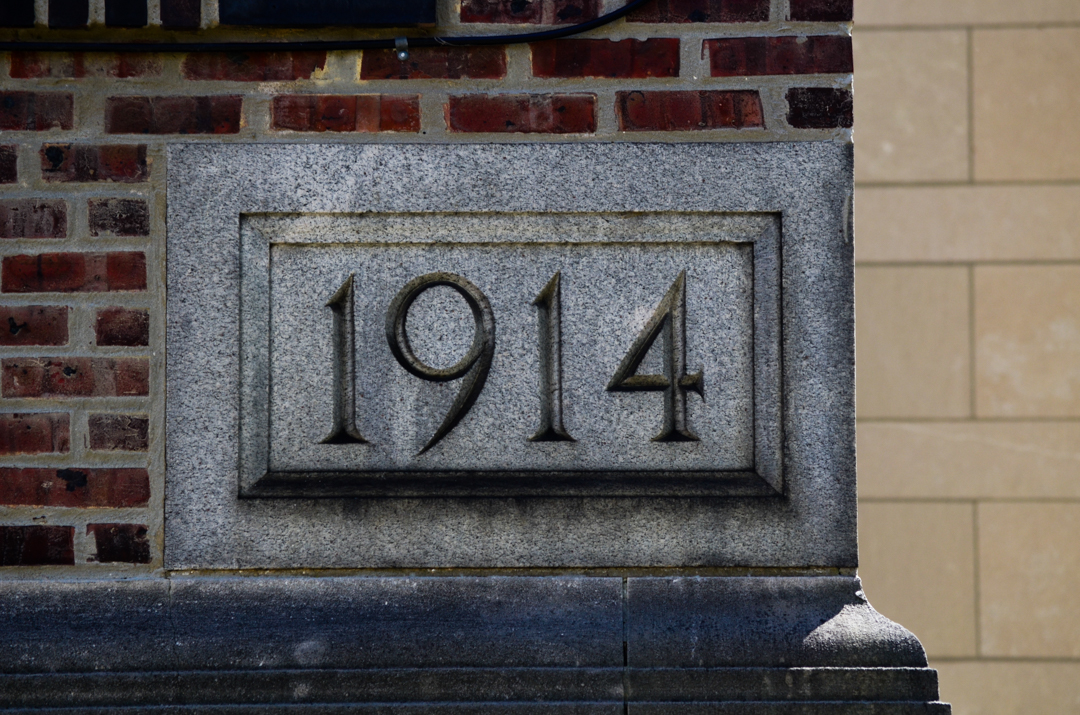 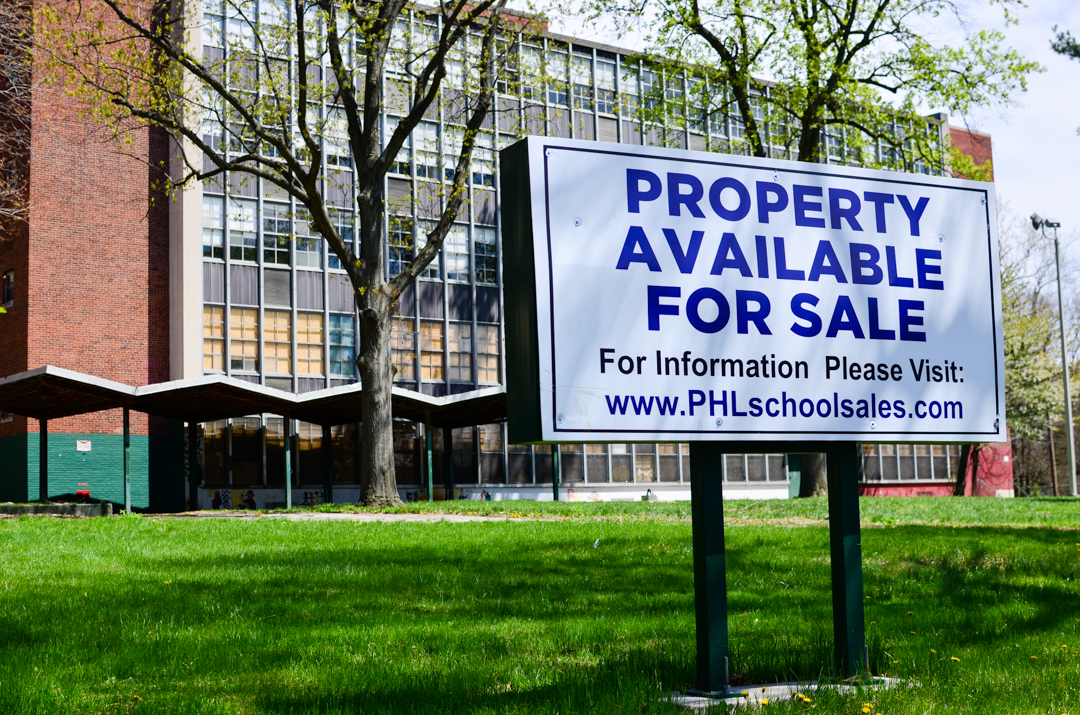 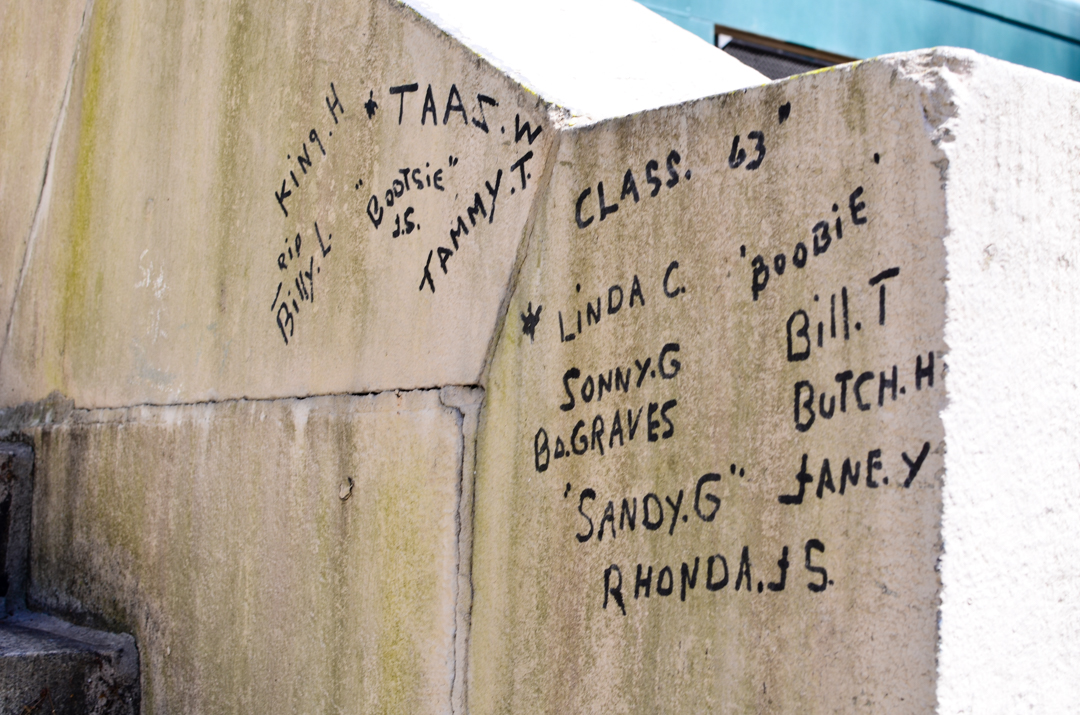 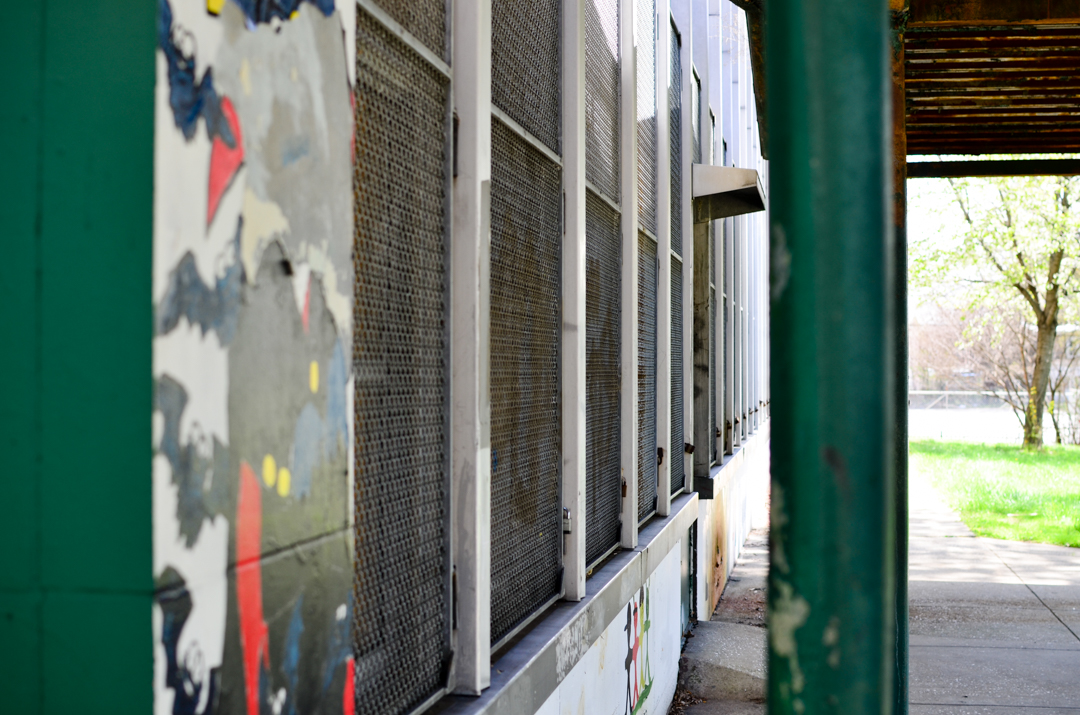 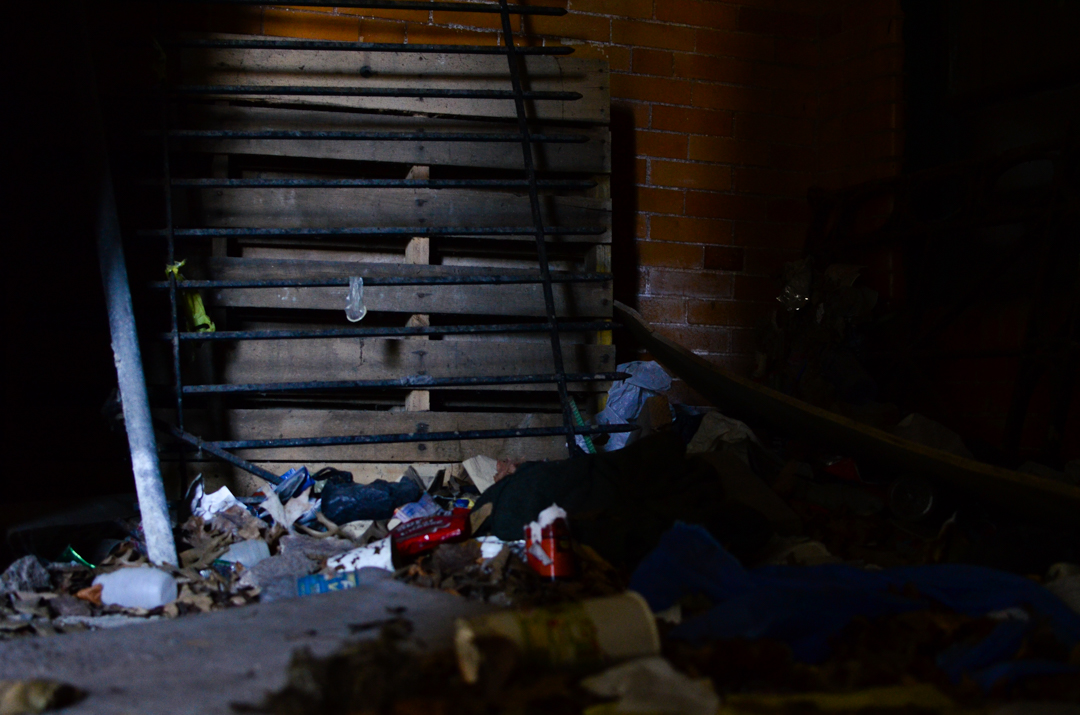 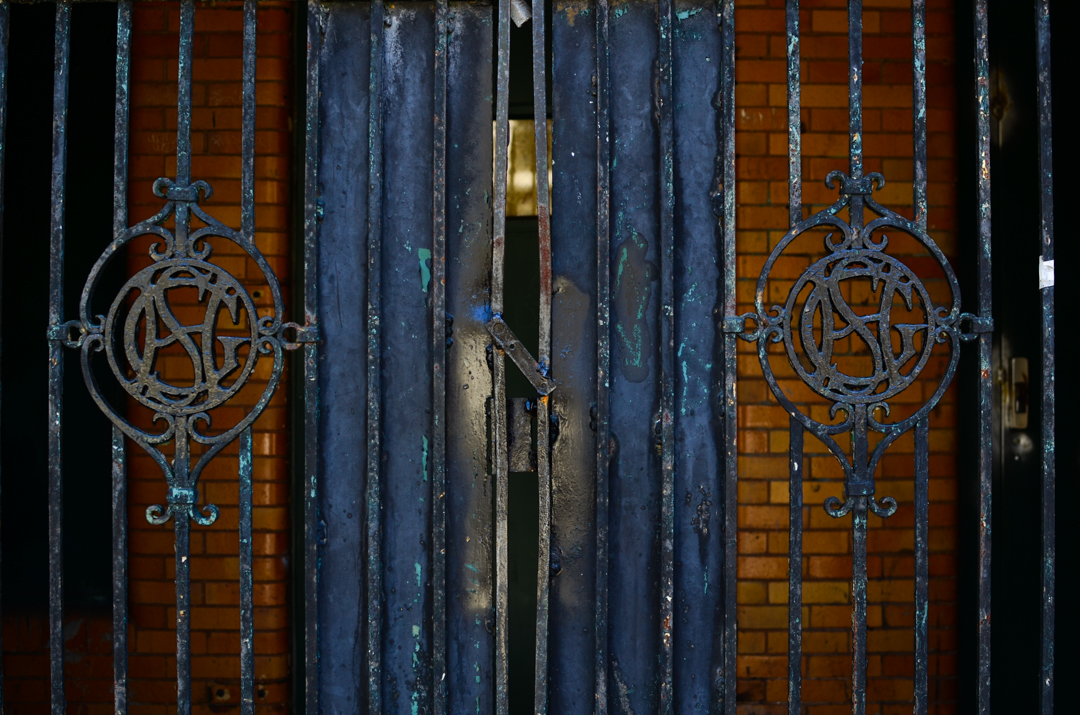 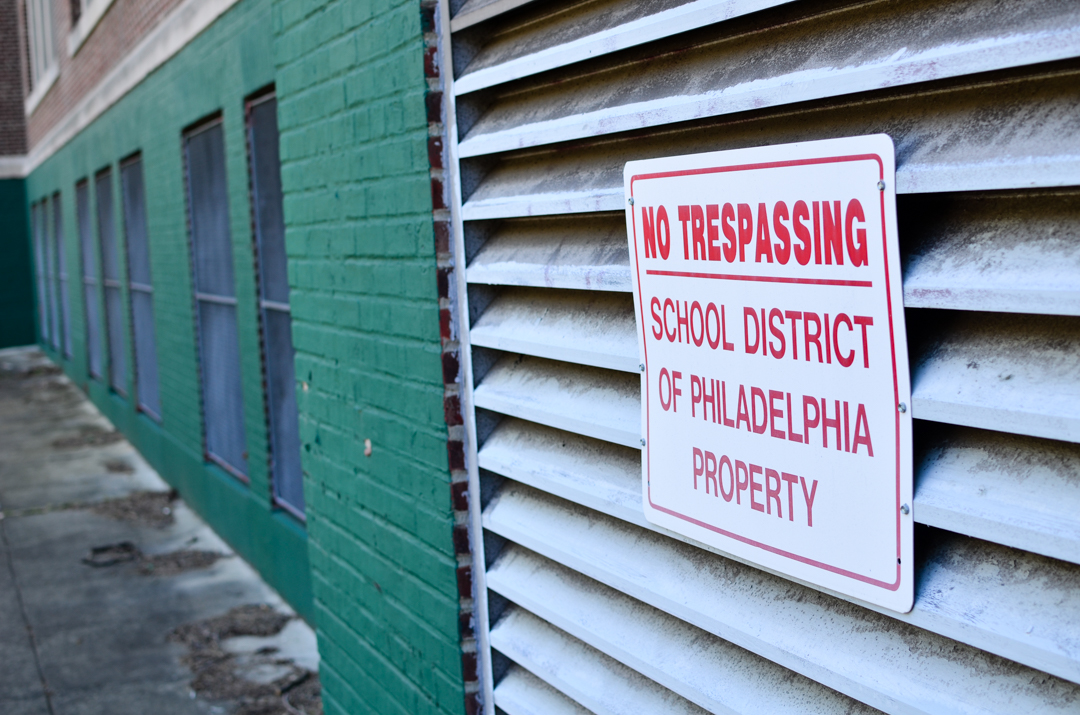 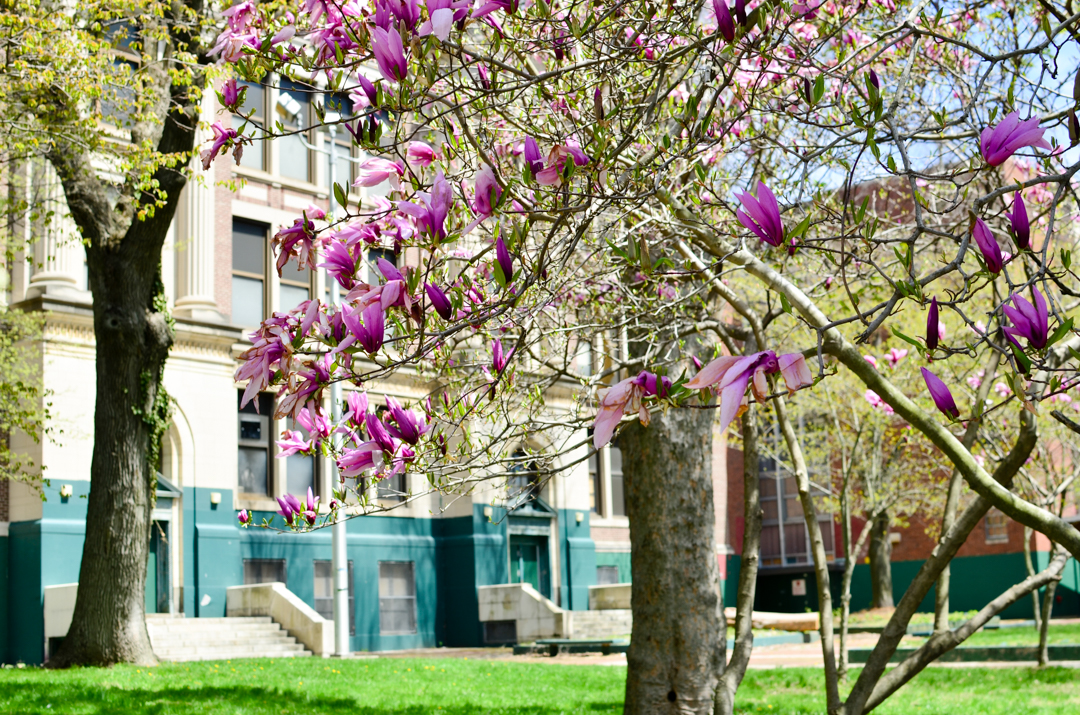 <
►
>
While no longer occupied by students, evidence of overnight guests avoiding the cold night's air are found in the building's accessible nooks and crannies.

Michael Gallagher, senior sales and leasing representative of The Flynn Company, the real estate company that oversaw the sale of  the Germantown High School property, was unable to disclose information regarding the property’s future. Currently the school is owned by the Concordia Group, a Maryland-based development firm.

“They don’t have any development plans right now,” Gallagher said. “The official answer is that they are exploring a lot of options because it’s just a huge site.”

Community developer Ken Weinstein, president of Philly Office Retail, was an interested buyer of the GHS property. He feels as though the building’s future should be apparent.

“The most obvious use of the Germantown High School building is a school – or more likely two schools,” Weinstein said.

A similar sentiment is felt by many community leaders and residents.

Trumel Combs is a business owner in the area around the GHS building as well as a Germantown resident with children and grandchildren in the Philadelphia school district.

“My daughter didn’t go to Germantown High because it wasn’t good,” Combs said. “I chose to put her in Delaware Valley Charter School. It was a smaller classroom and she got more out of it.”

Combs believes that most parents in the area do not miss GHS because better high school options were available. Regardless, she sees value in a new neighborhood school.

“I would like to see a school,” Combs says. “If they made it into an elite school, than yeah, it would be great to have it in the neighborhood.”

As a business owner, Combs sees a great need for something to occupy the space. Combs owns and operates Sugar Bowl, an ice cream and snack parlor located a few blocks above the high school building.

“It [the school closing] has hurt small business the most, especially businesses like myself,” Combs says.

Councilwoman Cindy Bass, representative of the 8th Council District, which includes Germantown, believes that the future of the building should be left up to the community.

“Germantown High School was a staple in the community, which is why the residents must be involved in determining its future,” said Elliot Griffin, a spokesperson for the councilwoman. “When the SRC decided to close Germantown High, it left another massive vacant building along Germantown Ave. It put a strain on many of the businesses who relied on the students who frequented their establishments. But the biggest impact has definitely been felt by the students.”

The future of the Germantown High property is yet to be determined. For now, the property sits vacant, waiting for its next role in the community’s history.

Germantown: Halfway There in the House of God

﻿﻿﻿﻿Christianity is founded on a number of different aspects, but it is centered around the term belief. Nowhere does that term ring more true than at the Whosoever Gospel Mission, a Christian non-profit organization, located [continue reading…]

https://vimeo.com/22915631] Connecting with the community is a common trait shared by all local politicians, but not all have the experience needed to successfully represent their constituency. With more than 20 years of Philadelphia government [continue reading…]