According to community activist Sheila Bellamy, the voting for the primaries is usually low in numbers because many people do not see the importance.

“In my district, there are 540-something registered voters, she said yesterday morning at the Birney Preparatory Academy, located at 9th Street and Lindley Avenue. “If we can get 200 today, we’re going to be really happy.“ 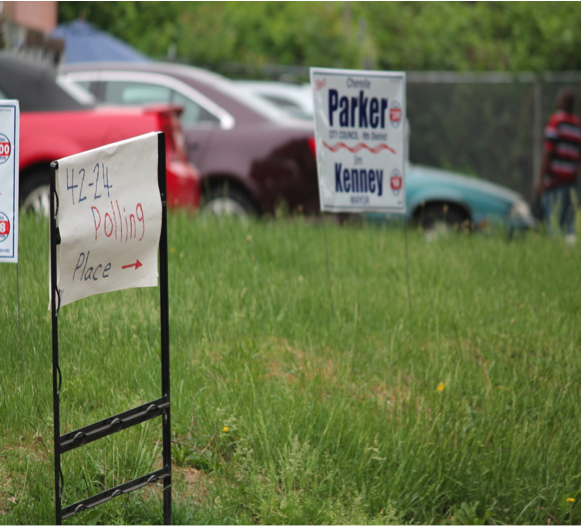 The people of the Logan section of the city believe that the best candidate for this year’s mayoral election has to be someone who attends to the issues of the community.

Bellamy said that her main concern today is the youth being targeted by police.

“Some of these boys are being murdered unarmed,” said Bellamy.

Crime and education are what the people of Logan believe are important, unaddressed issues of the neighborhood.

Like many other neighborhoods, Logan schools have also suffered because of the Philadelphia School District’s budget cuts. Voter Terry Holloway, a home-care worker and Logan community member for 35 years, stressed the importance of the next mayor tackling the school district’s funding issue.

“They’re jamming up the schools and pushing too many students together,“ said Holloway. “They need more money so they have enough supplies for the kids.“

Improving the different community facilities and recreational centers are also on the list of concerns for Logan residents. Eighty-one-year-old Marion Johnson, a community leader at Barrett Playground at 8th and Duncannon streets, has been a resident of the community for 41 years. Every second Thursday of each month, Johnson and fellow members of community meet to discuss how to improve the social conditions of the neighborhood.

Johnson hopes that the next mayor will help upgrade and enhance the neighborhood recreation center for the youth.

“A lot of youth come there but they deserve better than what they’re getting,” said Johnson. “It is a saving grace in a way but the quality of it needs to be improved.“

Parent involvement is what Johnson believes is an essential piece missing from Philadelphia schools.

“You’d have forces behind the children and you’d be able to put forces on those agencies that need to be dealing with the situation,” Johnson said. “No Matter what, it’s the squeaky wheel that gets the oil.”

The members of the community believe that the way to persuade a mayor to make a change and tend to a community is to assemble and put pressure on whoever is running for office.

“Candidates can make speeches about what they want to do,” said Johnson, “but unless you stay behind them and put some pressure on them – it’s a proven fact – they might just slip right on through the holes.”

– Text and images by Clayton Hoffstein and Terence Oliver.

For children, arts and crafts are nothing without getting your hands messy. And they’re even better when families can be involved. Both elements were included at Second State Press earlier this month for its PECO Second Saturdays workshop. [continue reading…]

Chestnut Hill: Organization Brings Teens Together for Service and Fun

Teenagers Inc. places young people in the community to provide services to residents in need. In turn, neighbors aid the organization in its fundraising efforts, working together to provide members of Teenagers Inc. with rewarding experiences. [continue reading…]