David Thornburgh may have Pittsburgh roots but his passion lies on the other side of the Keystone state in Philadelphia politics. As the President and CEO of the historic Committee of Seventy, a non-profit organization founded in 1904, Thornburgh and his team have served as local political watchdogs in the city of Philadelphia.

Well, I’ve known about it forever. I came to Philadelphia some time ago and I’ve always known about it. I’ve known all of the leadership going back a few decades, knew the people that worked here. The Committee of Seventy was very active, maybe 10 years ago, in campaign finance reform and ethics reform after the 2003-2004 pay-to-play scandals. There ended up being 27 people who plead guilty or went to jail. So, it’s hard to be involved in the Philadelphia political or civic scene and not know about the Committee of Seventy.

Once you get outside there, it’s not necessarily as well know, but that’s part of our job. 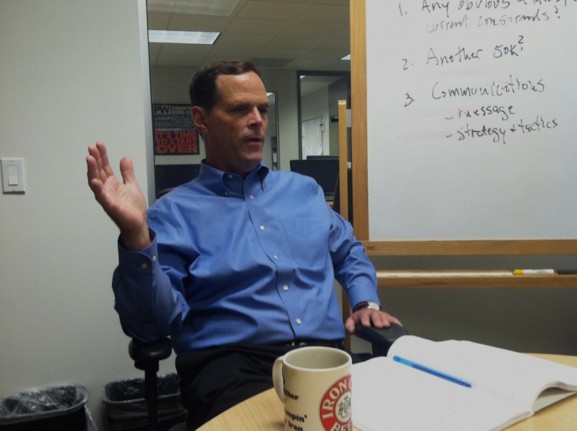 I graduated from the Kennedy School and my wife and I got married and we were sort of looking around. We were in Cambridge and actually thought of going to Pittsburgh, Boston, New York, Washington but she and I both went to school in Philadelphia. I went to Haverford, she went to Bryn Mawr and she had applied to and was accepted to the M.B.A. program at Wharton.

So, that just sort of narrowed our sights. I spent a lot of time meeting people and networking in Philadelphia and ended up with my first job then. Actually, it was bad time for Philadelphia. This was the mid-80s. If you know the history of the whole MOVE incident and the bombing of a neighborhood in West Philadelphia, it was kind of a low point.

Then, a few years later, the financial crisis hit the city and we teetered on the brink of bankruptcy. I’ve been here long enough to see Philadelphia rise from those low points. A lot of good stuff has happened in that period of time. I do think there are more serious challenges around our political culture, our somewhat ambivalent approach to public corruption and we have an ongoing need to increase the quality of our political leadership. That’s what brings me here.

How do you think those problems are actively being solved now?

We’re paying a lot of attention. In general, the city has a lot of opportunity on people like you. We’ve got this demographic opportunity because of the presence of young Millennials and that’s showing up on campus, in the housing market. It’s showing up in the comeback of neighborhoods around the city.

I think one of the opportunities that we see is to help folks in that 20s and 30s age bracket take on leadership roles in the political process. You have got to be thinking ahead in this business. I think that’s one of the more energizing aspects of what we do these days.

How do you think the young people are making a difference now? Because Millennials have a bad reputation.

People say that but I don’t feel that.

First of all, I have two kids in their early-20s. Second, my previous job before this was that I had run the Fels Institute of Government at Penn. For a period of time, there were about a thousand 20-somethings that came through the door, who I was consistently impressed with their interest in communities and in doing something good for the world. Everyone needed some focus and that was our job but I don’t buy this notion, this popular notion, that you folks are self-absorbed and just in endless pursuit of selfies around the world.

I see a lot of evidence of interest and concern for community but, I think this particularly too in Philadelphia, it’s a challenge to channel that energy into the political realm because it looks very closed, very parochial, very insider-driven and I think that’s to our detriment and that’s one of the things we’re gonna try to work on.

If you look at who runs for office these days, it tends to be people who are insiders. They’ve been somebody’s staff person, somebody’s brother, somebody’s daughter, somebody’s son and there’s this sense of entitlement and this sense of succession planning, like the royal succession. I think that’s one of the things we want to try to tackle is how to open that up and level the playing field so people who have some talents, some energy and some vision can find a way into the process.

How are you encouraging young people to get involved in politics?

We’ve been really involved with the Young Involved Philadelphia group. They’re just awesome. In fact, we let them use our offices for their meetings. So, seemingly, a couple times a week, they’re here.

Actually, we won an award with them and WHYY from the Geekadelphia folks. We got the “Event of the Year” award for an event we did called the City Council Candidate Convention. Back in March, we had an event at WHYY where we invited council candidates to fan out around the room and then invited voters to come circulate among them and talk with them, and see what they liked, and so forth. About 700 people signed up for that and it was an awesome event.

So, we do that sort of thing and we’ve also been talking with the YIP folks and others about some sort of a candidate training bootcamp program, done on a non-partisan basis, just helping people who have some interest in running for office, or being a part of a campaign, find their way into the process because that’s really critical, that hands on involvement is important.

Campaigns are fueled by volunteers and even when you’re a candidate, you’re kind of a volunteer because you certainly aren’t making money in the meantime. We’ve been doing work with The Philadelphia Citizen, an online publication that’s trying to encourage better habits of citizenship in the city. They also are doing events – creative events – particularly focused on our Millennial population.

There’s a lot of good stuff going on and we’re trying to play a useful role in it. 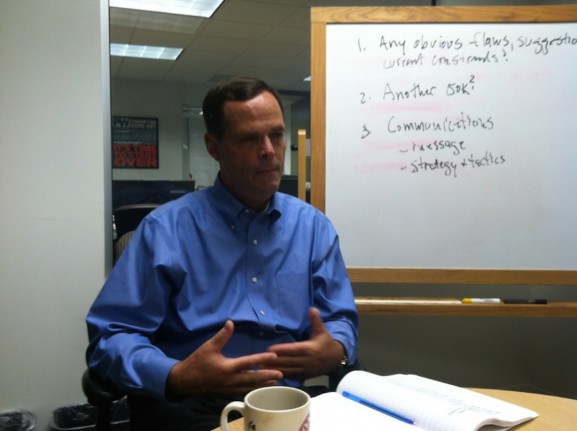 If you had to give one piece of advice to young people who wanted to get involved in Philadelphia politics, what would it be?

Find a candidate and a campaign and go work. It’s not terribly glorious or glamorous work but that’s the best way to get a feel for what it’s all about.

The odd thing in this digital age, where everything seems to revolve around the Internet, particularly at a local level, politics is still a face-to-face, person-to-person, one-door-at-a-time exercise. It’s actually born out by the research. There’s no better way to encourage people to get out and vote, support a candidate, then to look him or her in the eyes and ask for their vote. It’s just the personal touch.

We make a big deal out of television ads and Internet ads and digital strategies but when it comes down to it, it’s a people business. That’s the best single bit of advice I’d give anybody.

The Committee of Seventy is a nonprofit organization that works to drive up civic engagement in the city of Philadelphia. One of the ways it does this is allocating resources to educate people on upcoming […]

Fitness-minded people of all ages came together Saturday, June 1 for the first ever Manayunk “Fit Fest.” The festival, held at the Levering Street Parking Lot just off Main Street, brought together small businesses and […]

Jassy Perez, a mother and resident of Hunting Park, doesn’t usually vote, but said she is unhappy with the amount of crime in her neighborhood. “There’s violence, shootings, and people selling drugs on the corners […]