Strawberry Mansion and Allegheny West have been marred by news reports of violence and drug problems for many years. What people may think are dangerous areas in North Philadelphia are unique subdivisions with their own rich history, from the Revolutionary War period to the modern era. These neighborhoods hold secrets to the past that enrich these communities’ present and future.

Woodford Mansion stands at 2300 N. 33rd St., near the historic Strawberry Mansion. Built in 1756 by merchant William Coleman, the home, registered as a National Historic Landmark, was visited by many historical figures, including Benjamin Franklin and George Clymer, a signer of the Declaration of Independence.

The house receives thousands of visitors every year. The property serves the community by holding festivals, providing free tours and producing food for area residents. 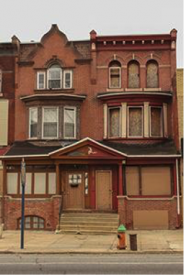 The John Coltrane House, at 1511 N 33rd St., is another National Historic Landmark in Strawberry Mansion. A legendary saxophone player, Coltrane lived in the house from 1952 to 1958.

While in Strawberry Mansion, Coltrane opened his home to other jazz musicians, creating an environment that fostered the development of jazz as a genre. Coltrane would later take these influences and sign his first record contract and compose his popular album, Giant Steps. 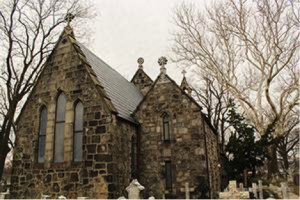 St. James the Less, at 3217 West Clearfield St., may look like an archaic church in an urban environment, however it is a historical treasure hidden within Allegheny West.

Established in 1850, the place of worship was considered the first English style church in America. It is also known for introducing Gothic architecture to American culture.

According to the United States Department of the Interior, St. James the Less is considered to be, “the most profound influence on the major architects of the Gothic Revival in the United States.” 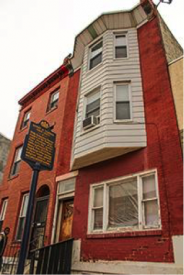 Once belonging to famous African-American painter Henry O. Tanner’s family in the late 1800’s, this historical building, located at 2908 West Diamond St., is woven into the fabric of Strawberry Mansion.

Despite spending most of his adult life in France, Tanner moved with his family to Philadelphia in 1866 from Pittsburgh. Tanner and his family settled into this home in 1872, whenTanner’s passion for art began to emerge.

Deemed a National Historic Landmark by the National Parks Service in 1976, the house is now owned by Theresa Thornton, who has lived in the house since 1978.

Spectators can visit the house on its outside, but no inside tours of the home are actually shown. 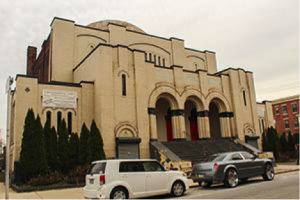 Built in 1909, the Beth Israel Temple, at 1806 North 32nd St.,  serves as one of the many reminders of Strawberry Mansion’s Jewish history. Beth Israel was the first conservative synagogue in Philadelphia and closed in 1964.

The former synagogue is now one of six prayer spaces owned by the Spirit and Truth Worship Cathedral church organization. The non-denominational group took over the temple in 2004 and currently holds weekly services.

– Text and images by Carine Lavache and Stephanie Hirsch.

For Jose P. Miranda, a North Philadelphia native and a senior majoring in political science at West Chester University, tomorrow marks the end of a long, hard-fought campaign. Miranda is running for Pennsylvania state representative in [continue reading…]

https://vimeo.com/40006579] An organization exists in University City that teaches neighborhood children about bicycling. Neighborhood Bike Works, located in the basement of St. Mary’s Church in the middle of the campus of the University of Pennsylvania, [continue reading…]