By day, Marcus Ferreira works as an attorney — but his true passion is with his work outside of his day job. As a member of numerous committees and an active advocate for positive urban developments in Philadelphia, Ferreira has helped to foster the community of South Street West and Graduate Hospital with everything from the creation of a community space at the Grays Ferry Triangle at 23rd and South streets, to planting trees throughout the neighborhood he lives in.

How did you get to be in this position?
I moved to Philadelphia in 1996, was an attorney by day and went to law school and graduated in ’98. Since then I decided, ‘why am I a litigator when I care more about the environment than this person?’ So I ended up reading a lot of books about urban planning on the side and then went back and got my master’s degree in urban planning at the Bloustein School in New Brunswick.

What is it that you do?
I’m on the board of the South Street West Business Association. We are a RCO, which is a registered community organization, and it advocates on behalf of the commercial corridor for the businesses. I personally don’t own a business, but I put that hat on when I’m talking on behalf of South Street West. It completely jives with my urban ideals. I’m also a part of the South of South Street Neighborhood Association (SOSNA) where I tend to advocate for some of the streetscape elements of design. 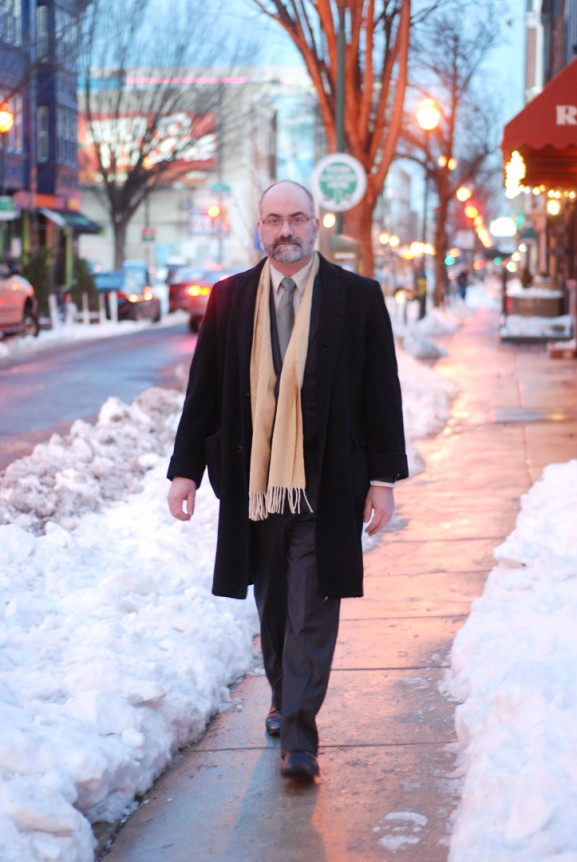 How do you manage your time?
Through the good grace of my employer, they’ve allowed me to work a two-thirds schedule. As long as I bill a certain amount of hours to maintain the health insurance minimum, they’re cool with it. I’m able to fuss around more than the average attorney.

What do you see as the next step for the development of South Street West’s commercial corridor?
It’s a multi-pronged set of issues — what we need to do is have a comprehensive zoning reform. The planning commission has tasked South Street West and SOSNA with changing the colors on the zoning map. It’s a zoning classification system that doesn’t work. If we were to propose re-zoning our corridor to allow 55-foot [buildings] next to 35-foot houses, we’re asking for World War III. We also want to hire a corridor manager, because right now everything we’re doing is volunteered. We don’t have a deep bench. 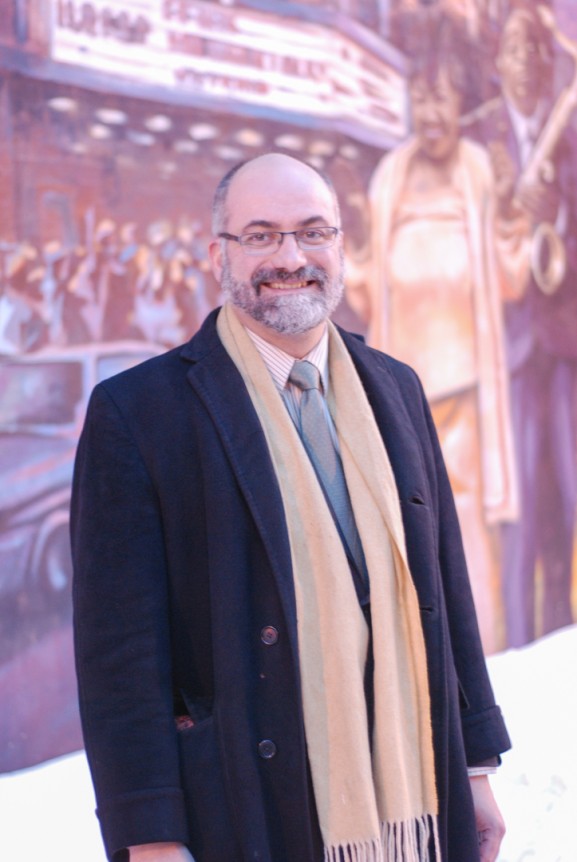 The east-side of South Street has a lot going on with retail businesses, your thoughts?
It’s a balance. It’s to help keep the temperature cool, so to speak. Jim Campbell [also of the SSWBA], one of his lines is that, ‘we don’t want to get the corridor too overheated.’ You don’t want to hollow it out so that you scare the homeowners away. What you do want is this nice balance of high-quality establishments with retail that is innocuous, something that you’re not afraid to live over. If you only have bars every three or four storefronts, it’s not too hot. That’s what happened to Old City — where there was each bar and almost nothing between a lease.

Over the summer South Street hosted a Pennsylvania Horticultural Society pop-up garden again, did that affect your consumer traffic?
Very much so. What’s brilliant about a pop-up garden, a gym, a grocery store — these are magnets that draw a lot of people to a corridor but at an even flow. At a 14-seat bar, if you had theater rush come out, would the place be able to handle it? A more steady business generator is better for the smaller shops [here].

It seems that so many people end up on the east-side though?
I think for most folks it’s a tourist default, but I think that [those] who live in the region are getting an increased awareness and were hoping that people begin to say ‘South Street West’ as opposed to just saying ‘South Street’ when they refer to us.

– Text and images by Taylor Farnsworth and James Orlay

Fall is a time for festivals and block parties and Graduate Hospital residents were recently given a treat by a couple local organizations. The 50/50 Block Party, sponsored by the Friends of Chester Arthur Elementary […]

[vimeo 65076889] The South of South Neighborhood Association continues to strive to better the community through its nonprofit initiatives. Since its founding in 1989, SOSNA has taken on many roles for its neighborhood. “[SOSNA] had a thrift […]

South of South Street: Five Improvements in the Works

Residents living south of South Street have witnessed rapid change over the last decade. From Ori Feibush’s new construction and rehabilitated homes to closing shops and bars, the area has been in a constant state of flux. According to census […]