If at first you don’t succeed, try five more times. At least that’s what Al Taubenberger did.

But in the 2015 municipal elections, Taubenberger emerged victorious, edging out fellow Northeast Philadelphia native and previous state Speaker of the House Denny O’Brien for an at-large seat on Philadelphia City Council.

He credited a superior ground game for his victory over O’Brien.

“I worked harder. The votes that elect you are not in this building,” Taubenberger said, sitting in his new office on the fifth floor of City Hall. 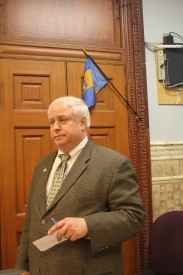 His mission as the newest Republican member of council: “Job creation and job retention.”

Taubenberger, 62, of Northeast Philadelphia, is rare for a Philadelphia politician — a pro-business Republican in a city where only one in seven registered voters is a GOP member. He said his party is struggling to survive in his hometown.

“The Republican Party in the city of Philadelphia is the weakest it’s ever been in my time in politics,” Taubenberger said.

For perspective, voters in the city haven’t elected a Republican mayor since 1948 and haven’t supported a GOP presidential candidate since Herbert Hoover. A provision in the 1951 Home Rule Charter ensures that there are at least two at-large members from the minority party in the 17-person council. In 2015, two Republicans were re-elected while one is beginning his first term at City Hall.

Taubenberger, however, isn’t your typical Republican. He studied agriculture at Pennsylvania State University and believes in being “environmentally friendly.” He wants to completely ban plastic bags and is interested in increasing public school funding.

“It’s sexier to say ‘Oh, it’s the Republicans versus the Democrats,’” Taubenberger said. “You know what it really comes down to? Rural versus urban.”

Taubenberger believes the rural community does not depend on government as much as city-dwellers, thus creating the ideological divide of today’s political parties. As an urban Republican, Taubenberger said he has “a great understanding of the good that government can do.”

He said he also understands the harm government can do and he argues that burdensome taxes and regulations have made Philadelphia unattractive for businesses. 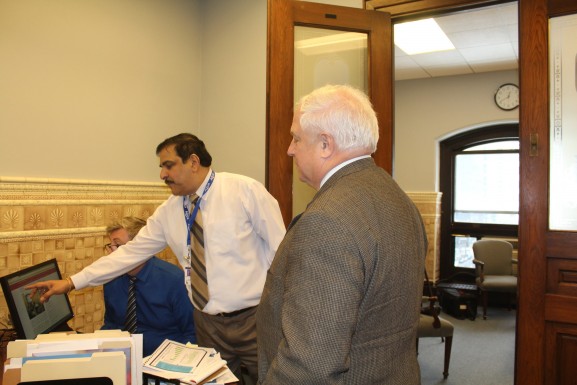 “So many businesses don’t even look at Philadelphia because their accountants tell them not to,” Taubenberger said.

“Eliminate the wage tax. That’s number one,” DeFelice said of the party’s agenda.

While DeFelice didn’t back either Taubenberger or O’Brien in the primary, Taubenberger said new Mayor Jim Kenney crossed party lines to “more or less endorse” him for the general election. He doesn’t see Kenney as an enemy.

“Our enemy is not the Democrats,” Taubenberger said. “The enemy is really the entrenched bureaucracy who doesn’t want to see change.”

Shannon Marietta, his legislative assistant, is a registered Democrat.

Though he also worked as chief of staff for former City Councilman Jack Kelly, Taubenberger became interested in politics by learning from his parents, who emigrated from Germany in the 1930s, a country without freedom of speech.

“My father always thought it was a great ideal in this country that you could criticize the president of the United States,” he said.

Before holding political office, Taubenberger served as president of the Greater Northeast Philadelphia Chamber of Commerce. Consisting of 900 members, he worked with then-Councilman Jim Kenney and other current members of city council.

“Businesses were my constituency,” Taubenberger said of his time at the chamber. He also said he gained experience in working with city council during his time as president, preparing him for his time as a city councilman at-large. 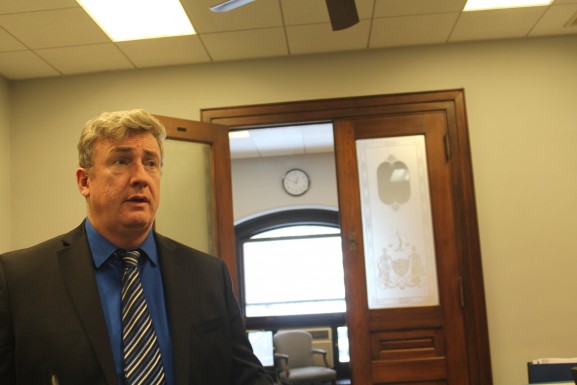 Christopher Wright (above), Taubenberger’s director of legislation, worked closely with the now-councilman before he joined his staff.

“He helped keep a lot of small businesses in the city,” said Wright, who also worked under former Councilwoman Joan Krajewski.

Then, in 2007, Taubenberger ran as the Republican candidate for mayor of Philadelphia against Michael Nutter. Though Nutter trounced Taubenberger in the election, Taubenberger said he learned from the experience.

“That opportunity to run for mayor gave me an education I would never have gotten anywhere else,” he said.

“I was elected to this chamber to represent the Republican party. But I’m a Philadelphian first,” he said.

Jon Lyons was not always a runner. In fact, after running track in middle school, he hated the sport for much of his life. He invested time in music, even touring with a rock band. Then his life [continue reading…]

The busy intersection and square where Cottman and Frankford avenues meet is commonly referred to as the heart of Philadelphia’s Mayfair section. It’s where the green and white “Welcome to Mayfair” sign resides and where [continue reading…]