Fighting fires isn’t for everyone and it wasn’t something Lt. Joe Sroka imagined himself doing.

As his career approaches three full decades on the job, Sroka has spent the past 20 years as an officer in the Philadelphia Fire Department. His hard work and leadership earned the respect of his crew at Engine 58 in Somerton.

“One thing that I’ve noticed about Joe, he puts you at ease,” fellow firefighter Bruce McCammitt said. “We know what we have to do and he lets us do it.”

Sroka grew up in Oxford Circle in Northeast Philadelphia. His father, Joe Sr., worked at Engine 59 on 22nd Street and Hunting Park Avenue during that time and after the family moved to the Far Northeast.

But when Sroka graduated from high school at the age of 17, he didn’t see himself working as a firefighter like his father. He also didn’t see college as an option, so he joined the Marine Corps.

“I didn’t know what I wanted to do with myself. I went in hoping to learn a trade, but I was an infantry guy,” Sroka said. 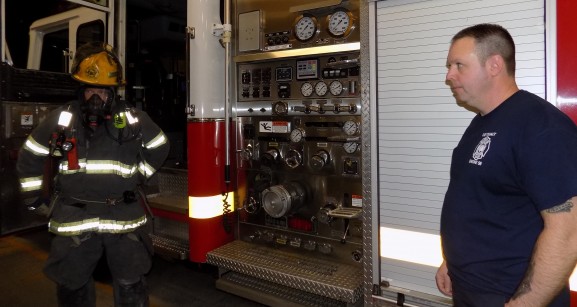 While finishing his four years of service in Camp Lejeune, North Carolina, Sroka’s father filled out an application for him. He was called up to Philadelphia to take the test. And though Sroka didn’t get the trade skills he intended with the Marines, his service gave him 10 extra points on the test.

“I was at the top of the list, so I didn’t have to wait very long,” Sroka said. “I was barely 22 when I got in, which is really good. It’s definitely a young person’s job.”

He started at Engine 35 at Ridge and Midvale avenues out of fire school. After working the rescue squad at Engine 50 at 13th and West Cambria streets, he knew he wanted to be there fighting fires. Engine 50 was the busiest firehouse in the city, responding to nearly 300 fires per year in the early ’90s, he said.

“I think my first year there we had 290,” Sroka said. “That’s the Engine. The Ladder probably had more.”

One of those fires came in March 1993 when Sroka and his brother Tom, who had joined the department a couple of years after Joe and worked at a neighboring station, responded to save three children.

“I end up grabbing a baby, I think he was a year old,” Joe Sroka said. “When I get to the bottom, there’s a fireman standing there so I hand him the baby and go back up because there were a few. I had no idea until the next day that it was my brother.”

The day ended sadly as two children died in the fire, he said. Losing kids — something that happened often during his time at Engine 25 in Kensington — and pets are two of the hardest on the job, Sroka said. 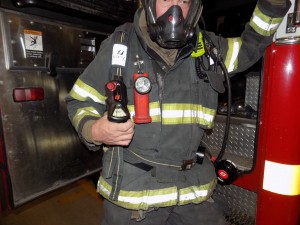 He took comfort in knowing there was nothing else the company could’ve done. He added that the rescue crews got there fast, got the kids out and gave them had every chance they could have had to survive.

Just as devastating was the loss of firefighters in the line of duty. Sroka estimated that about 30 firefighters have been killed since he joined in April 1987, including the first female death of Joyce Craig-Lewis.

“If you go to our union hall, when you walk in, there’s a big board with the plaques of all the names,” Sroka said. “Even if you didn’t know the person, it’s bad because we’re all like a family. We look after each other.”

Much like Sroka’s start at the department, he didn’t see himself being an officer. He took the promotional test with coworkers for the fun of it, but passed on his first attempt.

The promotion meant Sroka moved to new stations every three years, bouncing around to places including West Philadelphia, Southwest Philadelphia, and Germantown. He transferred to Somerton in 2014. 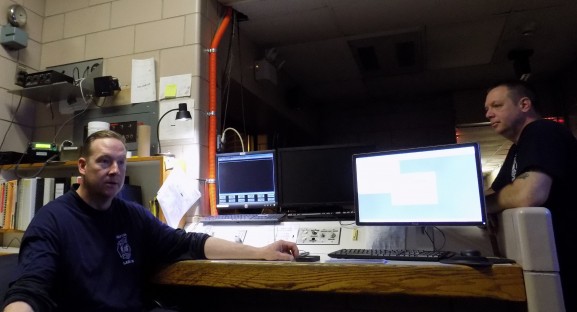 “It’s an honor to work with somebody who’s not only [had] the time and experience, but where he’s been and the things he’s done,” firefighter Bobby Davis (above) said. “I would have to say that Joe’s probably the best officer I’ve ever had.”

Along with being closer to home, Sroka enjoyed a reunion with Engine 58’s Capt. Joe Lee. Sroka and Lee worked together at Engine 50. He said the two were really like family because they’ve known each other for years.

With Sroka due to move again by January 2017, he’s looking toward retirement in the near future.

“I’m thinking about five more years,” Sroka said. “I’m going to try to stay up here because I think I’m ready. My body’s just beaten up.”

Even though Sroka’s endured a lot of pain during a career he never expected to have when graduated from high school, he knows stepping away won’t be easy.

— Video, images and text by Trevor Carango and Charlotte Reese

Summer will bring in a fresh start to the Frankford area, as the Frankford Friends School will welcome in a new head of the school. It will be a major shift for both students and the newcomer, [Read More]

Cooking, cleaning and running errands are all routine tasks many people accomplish every day. But for some, those tasks can’t be done without assistance. Aid For Friends is an organization that helps those who cannot do [Read More]

Northeast: Bustleton’s Past Brought to Life at History Network Meeting

On the first Wednesday of every month, the Northeast Philadelphia History Network meets to discuss the past. This Wednesday was no different. More than a dozen members from the network came together at the historic [Read More]